Putin's Russia: Where Gay People Are Hunted Like Animals 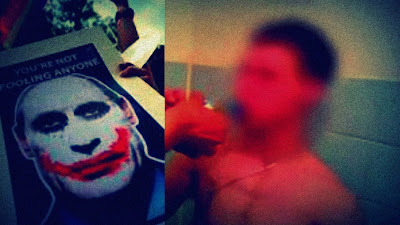 Well by now I'm sure you've all heard the latest horror story to emerge from Putin's Russia.

The story about the brutish Mayor of Sochi Putingrad and his claim that there are no gay people in his corrupt village.

And had a good laugh, like I did, when some of them were found hiding in a gay club. Even though they were only a handful.

At the Mayak Cabaret, one of the few gay clubs in Russia's Olympic city of Sochi, the nightly drag show starts with a drum roll before a performer in a brunette wig lip synchs "Diamonds Are a Girl's Best Friend".

But when the show is over at one of the last landmarks of a once vibrant gay scene in Sochi, the lights fall on an audience made up mostly of straight couples who came for the novelty.

And the owner is trying to flee the country.

"There is no gay community here. It's a myth," said Roman Kochagov, who co-owns Mayak. "The number of gays has dropped for years. Every year there have been fewer and fewer ... now they have almost all disappeared," he said, adding that he himself is looking to leave the country.

Before he too is arrested... 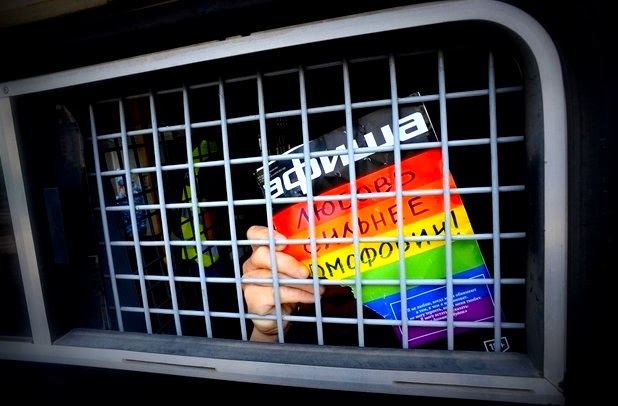 Or murdered by neo-nazi skinheads... 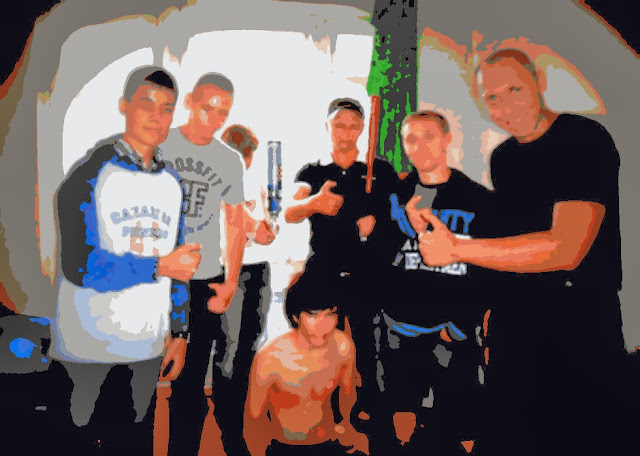 While police look the other way, or encourage the killers.

And we're supposed to celebrate the games, in an Olympic city like Sochi Putingrad, with a mayor like that one, and a depraved fascist leader like this one.

Russian President Vladimir Putin has offered new assurances to gay athletes and fans attending the 2014 Sochi Winter Olympics next month. Yet he defended Russia's anti-gay law by equating gays with pedophiles and said Russia needs to "cleanse" itself of homosexuality if it wants to increase its birth rate.

Who would smear gay people, and whip up hatred against them.

In a country as barbarous as Russia where gays are hunted like animals...

Where the Putin Olympics are the Nazi Games of 2014.

The best that can come out of them are some small acts of defiance.

Gay activists in Russia have requested that the Games are not boycotted. Their hope is that the rainbow hues that are now deemed highly subversive in Russia as a promotion of homosexuality will become the unofficial colour of the Games.

More immediately, from this week in Sochi, every celebratory same-sex kiss on the winners' podium, every one-man or -woman protest, every rainbow flag waved and pro-gay rights slogan displayed is a gesture of solidarity for those desperately under siege in Russia. Such signals will also act as a timely reminder for the global audience of the Winter Olympics of the international pledge, that: "All human beings are born equal in dignity and rights."

And I'm going to have to watch the Hate Games, even though I don't really feel like it. Not for the ghastly fascist hoopla or the glorification of Russia and its twisted dwarf dictator. Or even the athletes, though I wish ours well.

But only for a brief sighting of the rainbow flag. The flag of freedom and hope for the millions of LBGT people all over the world, who are oppressed, tortured, and murdered by bestial hatemongers who would treat them as if they were less than human.

Oh boy. You know, the CBC keeps bombarding me with its Riefenstahl-like Sochi ads and the slogan "IT'S OUR MOMENT!!!!!!!!"

But they're wrong eh?

It's the Putin Games or the Hate Games.

And it's THEIR moment... 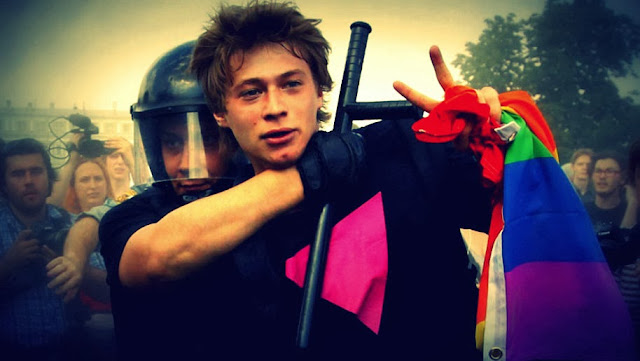 I tend to boycott the Olympics regardless. But I'm glad that the LGBT activists have taken the position they did. Because most of the people going or watching are either clueless or they don't care. But those among them who will stand in solidarity with them can make a statement.