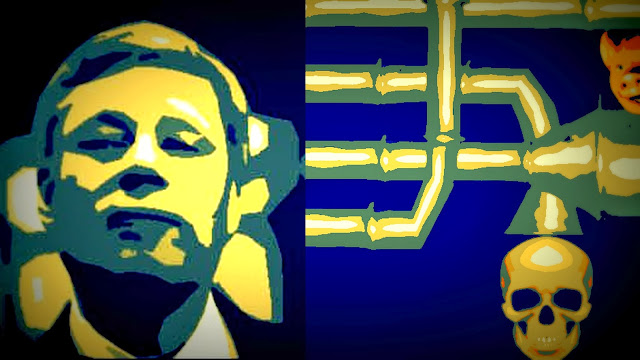 We knew from the leaked memo that he has ordered his sinister Con operatives to disrupt the Liberal convention.

Stephen Harper’s Conservatives are planning to target Justin Trudeau at the upcoming Liberal convention with a carefully orchestrated campaign to disrupt Liberal communications, highlight disunity in the ranks and question his leadership abilities.

We know that he is desperate to try to destroy Justin Trudeau, by whatever means necessary.

So it should be blindingly obvious that this is a partisan smear.

A retired general who once led Canada's troops in Afghanistan is accusing the federal Conservatives of a "personal attack" over his moving expenses to undermine his new role as a Liberal adviser.

The 35-year Canadian Forces veteran posted the comments online the same day the defence minister said he would ask his department to explain how it approved in-city moving expenses of more than $72,000 for Leslie — an amount Rob Nicholson said appeared "grossly excessive."

And whatever you think of the amount of money involved, or the relocation program, Rob Nicholson has no right to sound so offended or so surprised. 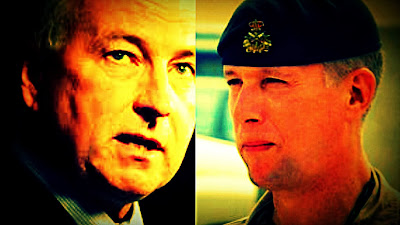 From the shocked tone of Defence Minister Rob Nicholson’s prepared statement on the more than $72,000 his department spent moving Andrew Leslie from one Ottawa house to another when the former general retired from the Forces, you’d think this government had never before had cause to take a close look at their relocation program.

When the Con regime had approved the program.

In the fall of 2006, the Auditor General presented a detailed report on the program, complete with a list of recommendations, which the government broadly accepted. It’s a significant file that you might expect a defence minister to have no trouble getting briefed up on: Back in 2005, the year the AG examined, it handled about 15,000 military and RCMP relocations and cost about $272 million.

So if they now would have us believe it's seriously flawed, it's the minister not the general who should be blamed.

And whatever one might think of Leslie's judgement, he broke no law, and is clearly just the latest victim of what Lawrence Martin has called Stephen Harper's sleaze machine.

Just the latest victim of the politics of personal destruction that Harper and his foul Con cult infected Canada with from the moment they came to power... 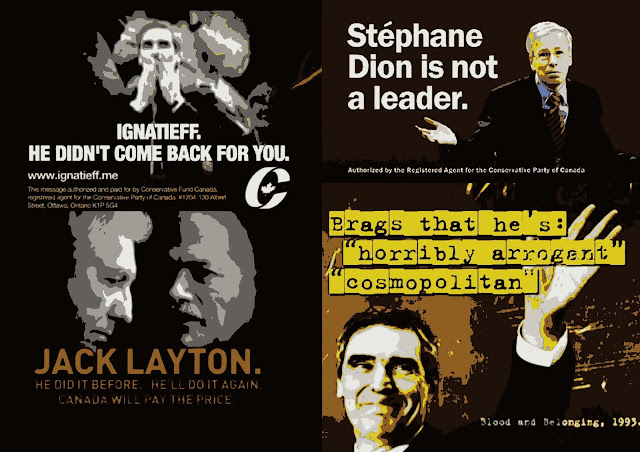 And this latest attack is so cheap and so revealing.

We know what is going on here. Andy Leslie is a Liberal. His father was a Liberal. His service notwithstanding, that displeases the government. Tell us, Minister Nicholson, would you have ordered an inquiry if Leslie had been running as a Conservative? Would your question have been as sharp, your anger as hot?

Could it be that Leslie’s expenses would never have found their way into the media at all? And could it be that the Conservatives wanted Leslie to join them, when they learned that he was going to the Liberals? Let us see this for what it is: a drive-by smear.

It has Jenni Byrne's fingerprints all over it...

For drive-by smears are her specialty, and she does so want to GET Justin Trudeau.

And it was all so predictable since Harper made her his Deputy Chief of Staff, and turned the PMO into a heaving nest of young Con fanatics, willing to do ANYTHING for their leader.

And what should concern all progressives, whether they are Liberals or NDP or whatever, is that the Cons are now clearly using the instruments of government to go after their political enemies.

And since nobody knows who those fanatics will target next, nobody is safe. 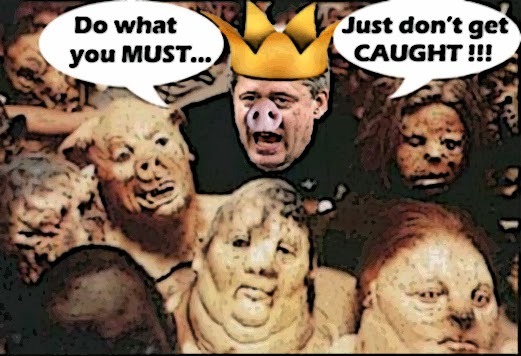 Most Canadians by now have such a low opinion of the Con regime, and their deranged leader, that when they try to smear others they only end up smearing themselves.

And making themselves look even more sinister and sleazy, and unfit to remain in office.

But yes, let's not let those crazed and increasingly desperate fanatics intimidate us, or muzzle us like they have so many.

Let's give them a taste of their own medicine.

Let's flush that alien bug out of our sick democracy.

And send their depraved leader where he belongs... 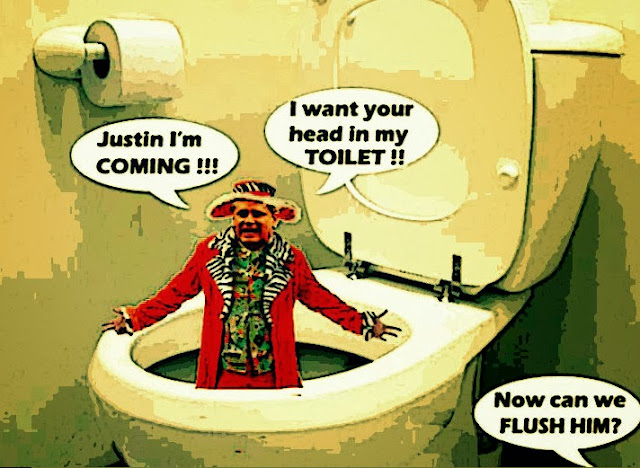 Simon, if Canada has become such a sick nation so as to see the harpie crime cabal's actions as "the new normal", I really think that we deserve to pay the price of our own shortsightedness and we will because of letting a sick psychopath/sociopath like harpie get into power in the first place. How did he manage to find so many psychotically-minded people here in Canada? When did we slide into this morass so that we have so many hateful, raging people in this country? When did organized crime become the new way of politics here?

I would like to know who is the independent contractor overseeing the relocation. Obviously someone contracted by the conservatives. What is their profit from this? Has this function in the federal government used to be done in house. A lot of our government functions are being done by private entities now and Canadians are paying for the profit made on them. And I expect a lot of those private entities are friends of the conservatives. The media should dig deeper.

Two nights ago I was up especially late, and saw with amusement that on Canadian TV, the Con "jobs" propaganda ad was on permanent reboot for every commercial break...Shift workers and night owls will know that late night TV is where commercials go to die, and the stations repeat the same ones over and over to fulfill the contract re pay for number of plays...
What is ironic is that late night TV is also watched by the chronically unemployed, who don't have to get up early the next day for work..usually full of ads for career colleges, etc. this should piss off another bunch of voters who know better than anyone that no jobs have been created nor will they be...

The end of Canada's sovereignty as a Nation state perimeter.
07/19/2012
www.globalresearch.ca

Yet, Canadians even sleep through this. How do people think Hitler got control? This is how Harper gained control too.

Stalin, Hitler and Mussolini were all dictators. They lied, deceived, thieved, were corrupt and cheated to win, using their dirty tactics too.

To answer the question regarding the independent contractor handling relocations, here is the link to their website: http://www.irp-pri.com/start/cf_members/

They get a bonus if they can "save" DND money by limiting the benefits paid out to members for which they might be entitled. I had the dubious honour of having to deal with them last summer during our posting move.

hi anon...don't think I haven't asked myself those questions. And historians will place those questions at the very heart of the story of The Great Darkness. Part of the solution is that while in the 60s the average age in Canada was 27 now it's 47, and that obviously affects the tenor of our times. What we need to do though is push on beyond those haunting questions, and ask ourselves how can we motivate the complacent masses to turn out and vote in the next election. With an election that could come sooner than most imagine, it's the only question that counts...

hi anon...I agree, I would like a lot more information about all those millions the Cons are spending, and who is raking n the profits. Because just their porky propaganda alone must be making some selected ad agencies very, very rich....

hi mizdarlin...I love that image, those loser ads droning on in the place where commercials go to die. I guess it's the only time the stations can run them without being barraged with viewer complaints. ;)
And yes those ads are a cruel joke for the unemployed, but they speak to the state of the Cons, and we will have the last laugh...