Is the Con Speaker Trying to Muzzle the Opposition? 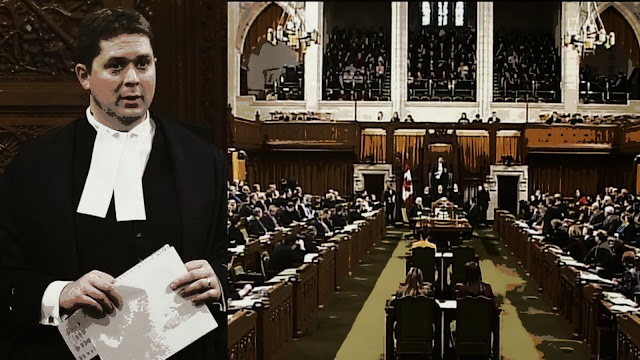 OK. Let me get this straight. The Con regime is planning to ram their so-called Fair Elections bill through Parliament.

A bill that is intended to suppress the vote, muzzle the Chief Electoral Officer, give the Cons a fundraising advantage, and make it even easier to steal an election, like they tried to steal the last one.

But when Tom Mulcair accuses the Cons of trying to cheat, as he did today, the Speaker Andrew Scheer says he can't use that word?


And then as you just saw, takes away Mulcair's next question.

And then one from Pierre Poilievre to make it look like he's neutral.

When in fact he is not, because the Cons are the only ones who can legitimately be accused of cheating. It's not like the word hasn't been used before.

The NDP isn't the only opposition party complaining about the Speaker's rulings.

Liberal MP and former party House leader Marc Garneau was more critical in his assessment of how Scheer referees the Commons. “I think that sometimes the Speaker is – you know, from a partisan point of view, I think maybe a little bit – a little bit leaner – more lenient for the Conservatives,” Garneau told reporters, saying Scheer appears to give the Tories more time to ask and answer questions in the Commons.

When it comes to questions involving Elections Canada the Speaker has been on shaky ground before.

Commons Speaker Andrew Scheer is in the hot seat over his decision to withhold letters sent to him two weeks ago about two Conservative MPs who have run afoul of Elections Canada.

And in matters concerning elections and cheating, he should probably recuse himself. 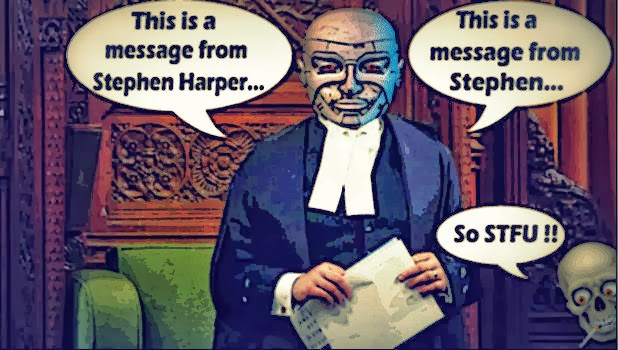 Or just keep his mouth shut.

Because if the Leader of the Opposition can't accuse the Cons of cheating, even though the word fits them so well.

Cheating is the getting of reward for ability by dishonest means. It is generally used for the breaking of rules to gain unfair advantage in a competitive situation. This broad definition will necessarily include acts of bribery, cronyism, sleaze, nepotism and any situation where individuals are given preference using inappropriate criteria.

A "cheat" does not have to cheat all the time, but once faced with a challenge that they do actually want to win, they will go back to their cheating strategies.

We've got a real problem.

Because it appears to me that after silencing so many other Canadians, the Cons are now trying to muzzle Parliament.

Which in the foul corruption of Harperland is the absolute LIMIT.

Yup. The opposition has the right and the DUTY to keep on asking the questions that must be asked if our violated democracy is to survive.

And the right and the duty to call a spade a spade, a Con a Con, or a cheater a CHEATER.

And if the Speaker can't live with that, he should get himself another job.

And we should get another monkey...

This government has sown hatred in the hearts of Canadians. It has taken away our peace and joy and replaced it with insecurity and despair. The mark of dictatorship. So, is it surprising that the speaker should behave as he does? They're all know where their next meal is coming from. So does Harper. He's not the powerful man he would lead us to believe. He's just a puppet being manipulated by a much bigger machine. Nevertheless, he's a more than willing puppet!

of course the speaker is trying to muzzle the opposition. that is his job. this is a con majority and they plan on keeping it that way. they will do whatever is necessary to maintain their majority. if the opposition parties don't get it together, they will be the majority until there is a revolution, i.e. ukraine.