Chris Alexander and the Con Assault on Justin Trudeau 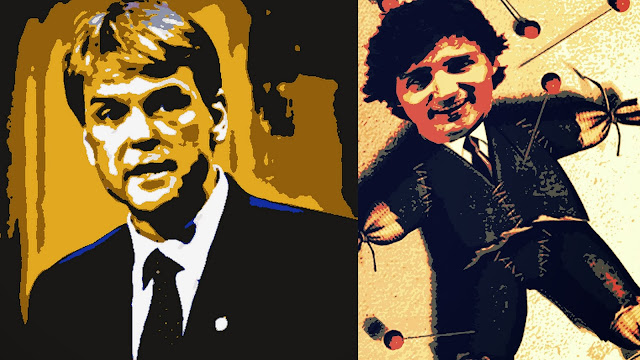 Oh boy. I guess it's because we are winter. And this one has gone on for too long.

For what else could explain the grotesque sight of the ratty Chris Alexander, scurrying out of his PMO briefing.

To accuse Justin Trudeau of being a dangerous communist.

The Conservatives are seizing on Justin Trudeau’s comment that Russia could direct its Olympic hockey frustration at crisis-hit Ukraine as evidence the Liberal Leader is “in over his head.”

“Trudeau apparently thinks the situation in Ukraine is something to joke about,” Mr. Alexander said. “We don’t. And we are concerned there is not just one statement of this quality, but a pattern here of support for communist dictatorships, of belief in budgets balancing themselves and now of whimsical comments – offensive comments – about Ukraine’s future based on the result of a hockey game in Sochi.”

When all this absurd controversy shows is that the Cons are desperate, and Alexander will say ANYTHING.

As I've pointed out before... 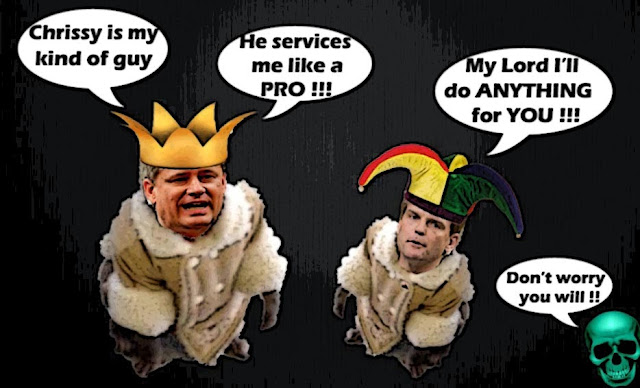 Because let's be clear eh?

This is a tempest in a teapot or a samovar...

For starters because for those who don't know Quebec, the show Tout le Monde en Parle is a mix of current affairs and HUMOUR.

Secondly, because although Justin may have tried too hard to be funny, if you read the full transcript he isn't trying to make fun of what's happening in Ukraine.

He's poking fun at Putin, and there is some truth to what he says.

The fascist dwarf's Sochi Games were ruined, or made less than perfect, by the Russian hockey team's failure to win a gold medal. 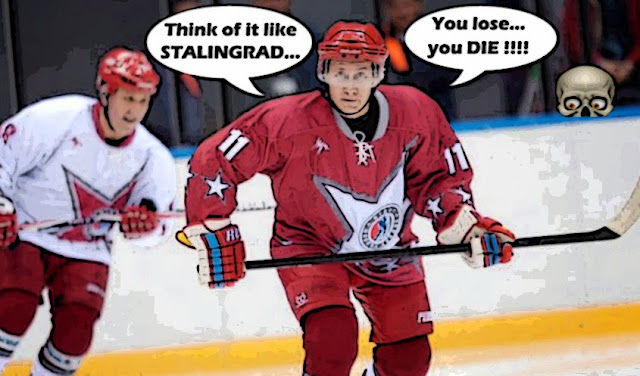 So you can be sure that failure pissed him off to no end, and may well have made his mood even darker than it normally is.

And since nobody cares what Canada has to say about the Ukraine anyway, it's just another Con smear.

And the only one who looks like an absolute idiot is the hapless stooge Alexander.

The Harper government left the threat of sanctions against Russia on the table if it interferes in Ukraine, even as federal politicians in Ottawa reacted Monday to the convulsive events there with domestic political mud-slinging.

By first talking tough to the Russians, and then running for cover.

A day earlier, Alexander told CTV that “sanctions and other, and other measures potentially, as well” would be on the table if Russia intervened. Asked Monday, about those remarks Alexander explained that, “I was asked repeatedly by (the interviewer), ‘What if, what if, what if.’ ”

A written statement from Baird issued earlier Monday made no mention of sanctions against Russia.

And as for the NDP's attempt to pile on pathetically all I will say is this:

I'm probably going to vote you in the next election because you're the closest thing to a left-wing party, I live in a solid NDP area, and I'm not about to risk splitting the vote.

So please don't drag me into the gutter where the Cons live, when all I want to do is DESTROY them.

Please elevate your sights, stop being so damn small.

For I may not vote for Justin, but I despise bullies more than I despise ANYTHING.

And if you play the Con game, you will end up looking as dirty or as ratty as them... 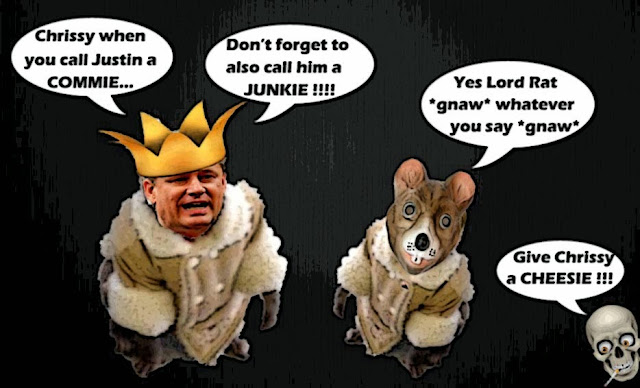 Lordy. How low have we fallen?

Where has decency gone?

And make my country clean again...

Guess we know now how trashy the media is. The attack on Trudeau about his remark about Russia is all that is on tv news regarding the liberal convention. Trivial stupid coverage. But they ignore the fact that a minister of the crown (Chris Alexander) stands before the country and tells us the leader of one of the opposition parties supports communist dictatorships. That kind of remark seems to be OK if it comes from the conservatives. If I point this out on a comment thread I am told I am a troll. I have pretty much given up on any kind of decent coverage by the main stream media. This was written in response to another blog. I too am a disappointed NDPer.

Shameless bootlicking. This is actually bully behavoir, they are trying to silence Justin, or make him as bland as can be. You can not try and be funny if your on the Daily Show.

I live in a solid liberal area so I will be voting liberal. At this point, strategic voting is what needs to be done if this corrupt government is to be defeated. And, people had better vote and they had better rush to get the required ID to do so. We have a dictator on our hands and too many Canadians have their head in the sand. Too often people start revolting after it's too late and then there are bloodbaths. Thanks for a good post, Simon.

the cons are simply desperate when they make comments regarding Trudeau's comments. I actually thought it was funny. He was poking fun of Putin and thats it. If the cons don't get that, well they don't want to get it of course, that is their problem. If Mulcair jumps on the cons band wagon and goes after Trudeau he is dumb, just plain dump and stupid. it is not the smartest thing in the world to do, dumping on another opposition party leader. that is how the cons will continue to remain in power. this is going to be a "we all hang together or we will all hang". I expect more from Mulcair besides these types of comments. the enemy is oil can stevie, not the kid. if Mulcair thinks he needs to attack the kid, so he will be prevented from becoming P.M. then Mulcair had better ask himself if he wants oil can to be P.M. for 4 more years after 2015. Mulcair needs to focus on his own campaign. If he can't win on his own merits then he shouldn't be taking the position, he needs to take the kid out also. he may also want to think about not pissing anyone off too much because, after the 2015 election, they may all have to work together to keep oil can from forming government. Does Mulcair think the kid would support him in a minority gov. if all he does is slang the kid. He ought to simply ignore him if he doesn't like him.

I don't see why a Danny Williams A B C-type (anybody but conservative) election message wouldn't work. If their candidates don't get an X on the ballot, they don't win.

Chris Alexander...isn't he that guy who shopped himself around? Ready for third party, Chris?

Trudeau keeps shooting himself in the foot. He has to quit feeding the trolls. There are people who still believe Trudeau is a Communist, because of his remarks regarding China. Now he has insulted Russia and people of the Ukraine too. If Trudeau should happen to win the election? He has to deal with those countries people he has insulted. There are Russians, Chinese and Ukrainians that live in Canada. He can forget about those people voting for him. Trudeau is also being called a spoiled, little rich kid brat.

If Trudeau's mouth was a little bigger? He could get both his feet in it.

We have witnessed this week just how important his Dad was/is, that should be enough for everyone to take a chance on a son who seems to be a chip off the old block.