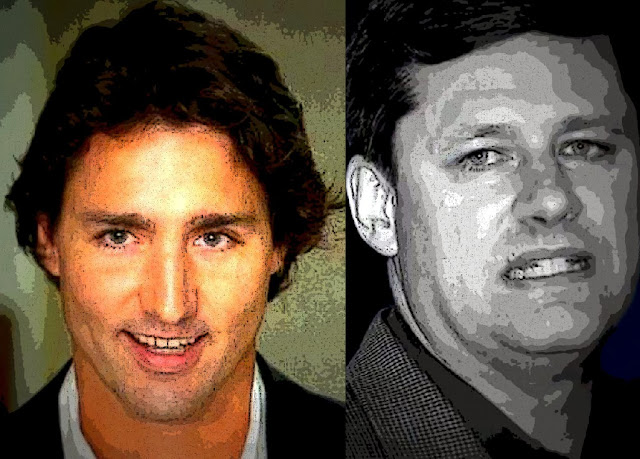 If we had any doubt how far Stephen Harper will go to try to destroy Justin Trudeau now we know.

For here is their secret plan to try to undermine him at the Liberal convention.

Stephen Harper’s Conservatives are planning to target Justin Trudeau at the upcoming Liberal convention with a carefully orchestrated campaign to disrupt Liberal communications, highlight disunity in the ranks and question his leadership abilities. The game plan, laid in out Conservative party documents obtained by the Star, spells out the objective in three words: “drive, disrupt, disunity.”

And what it tells us most of all is how DESPERATE they are:

The six-page note says the Conservatives’ goal is to “drive our narrative” which it lays out: “Trudeau in over his head, has poor judgment, only interested in legalizing marijuana VS. PM’s strong, stable leadership, focused on what matters most to Canadians.”

The note even muses about “more gimmicky ideas,” such as distributing ZigZag rolling papers screened with Trudeau’s face and the Liberal logo to put a focus on the Liberal leader’s comments about the legalization of marijuana.

And how unfit they are to remain in office.

The Conservatives say one possibility is to have Justice Minister Peter MacKay hold a news conference to restate the government’s opposition to legalization. “This could at least set the table for further driving of our anti-legalization message throughout the weekend,” the note said.

That they would have Justice Minister Peter MacKay turn his office into yet another Branch of the Con Ministry of Propaganda and Disinformation.

Even at a time when they are trying to convince us that muzzling the Chief Electoral Officer and placing his investigative powers under MacKay's control is a good idea.

Which tells me that we can now use one stone to kill TWO birds.

And that it may be time to remind Canadians of this story... 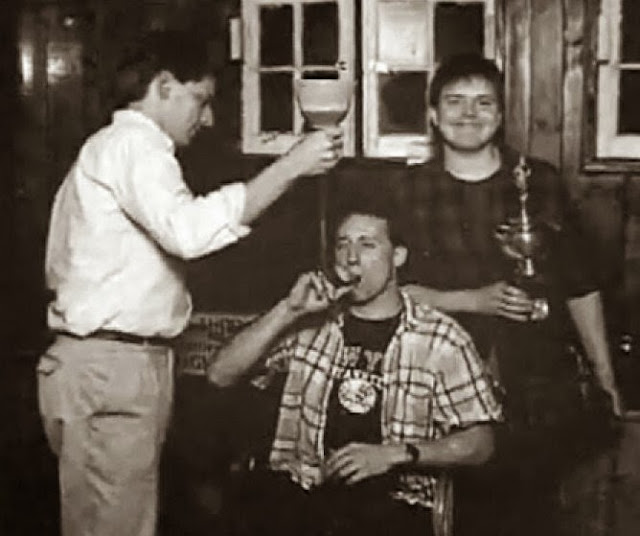 The one that shows MacKay as the poster boy for binge drinking which is of course a far greater danger to young people in this country than marijuana.

According to the 2005 Ontario Student Drug Use Survey, which surveyed 7,726 students in Grades 7 to 12 from across the province, alcohol was the most popular substance of choice for all grade levels. Almost two-thirds of the students surveyed reported drinking alcohol in the past year, yet there was little understanding of its risks. In addition, a significant number of students reported binge drinking: approximately 25% of boys and 20% of girls.

Binge drinking can have serious consequences. It can lead to poor judgment and impulsive behaviour that could result in embarrassing moments, high-risk sexual contact, fights, accidents, and so on. Another serious potential consequence of binge drinking is alcohol poisoning, which can lead to permanent brain damage or even death.

Remind Canadians why MacKay should NEVER have been appointed Justice Minister.

As well as reminding them that Stephen Harper himself is no role model... 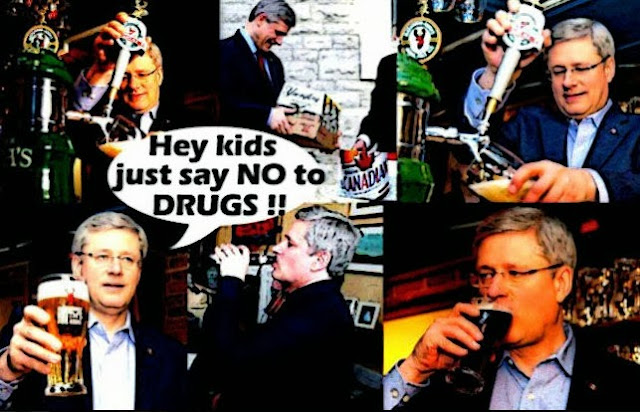 Hey put that bottle down you BOOZER !!!!!

Or asking Harper whether he thinks his good buddy Rob Ford should go to PRISON. 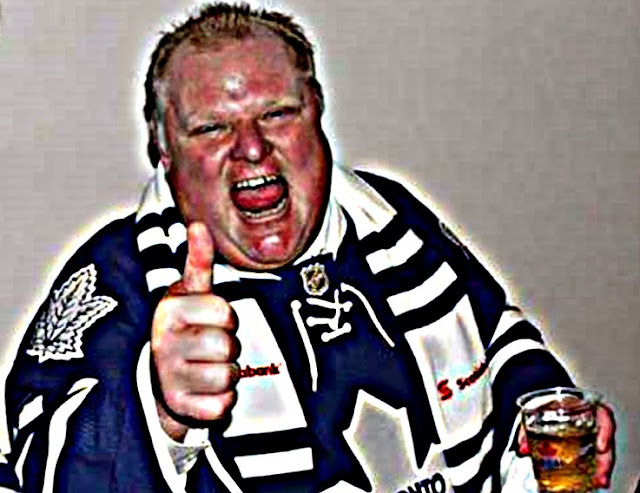 Mayor Rob Ford disappeared into a Vancouver-area bar’s tiny staff washroom after midnight last weekend and emerged — more than an hour later — “talking gibberish in what sounded like another language” and appearing impaired, according to an eyewitness account of the mayor’s latest late-night jaunt.

Whose out of control drug habits are far scarier than anything the Cons can dream up about Justin Trudeau.

It will also revive the debate over marijuana which is long overdue. And will probably make Justin even more popular.

Especially when we point out that Stephen Harper's plan to crackdown on weed is just the most obvious example of the failure of his Great War on Drugs.

A plan which would send even more young people to jail so that they could be raped by older convicts.

Which would make Stephen Harper the favourite pimp of the prison system.

And reveal him as a PERVERT.

Yes Indeed. If Stephen Harper and his kooky Con zombies want a war I say we give them one eh?

They really are desperate.

They are really evil.

And we really are going to destroy them...

I don't think Harper is an alcohol abuser in the slightest - all those "beery" photos seem posed to appeal to the proverbial "Joe Six-Pack".

Rob Ford, on the other hand, seems to abuse everything. And everyone.

I don't really have any more use for Trudeau than for Harper: he is a silly upper-class twit, but I suppose he is rather less dangerous and wilfully harmful than Steve.

hi Susan...Thank you, some things the Cons do annoy me more than others and this is one of them. They really are shameless thugs, and their whole approach is fatally flawed, especially since even the Americans have finally started to recognize that their Great War on Drugs is an abysmal failure. And yes, we do need to be as aggressive with them as they are with us. I do believe in a kinder, gentler world, but if we don't fight back they will walk all over us...

hi lagatta...my little collage of Harper is tongue in cheek. But it doesn't change the fact that alcohol is a much more dangerous drug than marijuana. I have unfortunately seen the tragic results of alcohol abuse and I never miss an opportunity to point out that it is also a drug. As for partisan politics I try to steer clear of them. I try to make harm reduction the guiding principle of my life, and getting rid of the Cons falls under that guideline. And of course I never miss an opportunity to run that great video... ;)

It is sad Simon but I am beginning to think none of it matters. Between now and the election the Cons may have perverted the system so badly that they can just keep winning indefinitely. The opposition parties should have lit fire to this country with the introduction of the "Unfair" election act but they have barely even raised an eyebrow. I fear that unless the opposition does something exceptionally bold they (and we) are doomed.

Lers have a war, a real war, a war on Harper and the Banana Repuclicans

What Kirby said!!! We are fucked.

Nowhere on any blog or other form of communication do I ever read that had the AMERICAN GREEDY FUCKS (the middle class) listened to Jimmy Carter (one off the most honest and moral humans dead or alive), we would not be in this mess. Instead they voted in Reagan the most ignorant actor to ever live. The united states used to be a beacon of hope. We are reaping what they have sown. There is no turning back any more. If they made Putin world leader (sarcasm) we would have a better chance. I believe in democracy ,but boy have the voters ever failed us.I cant even get most of the people I know to believe these truths, not even my mother but then she disagrees with everything I say just on general principals.

hi Kirby...as you know I love you, and if you weren't depressed at what is going on you wouldn't be the nice person you are. But remember this, the Cons will pay a political price for what they are doing. They are already viewed by many Canadians as a government well past due. So all of this will make them look even more rotten. However, I do agree with you that the opposition must be bolder and more imaginative. We can't just do the same old thing when we are facing a situation unparalleled in Canadian history. Also remember that the political situation does not reflect the way most Canadians feel, so the Cons may look strong but they are weaker than they appear...

hi steve...well I've always seen it as a war, a non-violent one of course. But we must attack the Cons more ferociously than ever, and I'm rely looking forward to this summer...

hi astone... well you can see what I told Kirby, so you know that I don't share that feeling. I don't blame you for feeling that way, but too much is at stake to give up now. Our cause is just, our beautiful country is depending on us, and we must rise to the occasion. We will defeat the Cons and that day will be one of the most beautiful days of our lives...

hi astone...I'm sure I have mentioned Jimmy Carter before, because like you I love that decent man, and I agree that Reagan's election was a dark moment indeed. But Jimmy is still going strong, still as inspiring and as decent as ever.So let's not let him down, let's work even harder to convince those voters, and then invite Jimmy to our victory party !!! :)

Oh, I certainly agree that cannabis is far les dangerous than alcohol, tobacco ... and white sugar, and fully support legalising it. Moreover, I've worked in the Far North and seen entire communities damaged by substance abuse and endemic family violence. And just recently, a friend (who had returned to his home city upon retirement after over 30 years) succeeded in smoking and drinking himself to death - chain-smoking and binge-drinking all day long, while watching TV. What a sad end.

Though do remember that a lot of people enjoy a good drink and are not at all abusers or endangering themselves or others.

That said, I thought this was a political blog - not in the sense of being a shill for any given party, but fighting the power. I dislike Trudeau not because of his marijuana advocacy and honesty - bravo in that regard, but because he is a scion of privilege who spouts platitudes and doesn't advocate for his voters in the riding of Papineau - one of the poorest ridings in Canada, by the way. I've lived in that area for a long time - I don't live in his riding now; I live a few blocks south in Rosemont-La-Petite-Patrie, where we have the privilege of having Alexandre Boulerice as our MP. boulerice.org (I like him FAR more than Mulcair...)

Yes of course a non violent war, we need to fight them like they destroy us. Justin should be laying down markers every time Harper stabs the body politic with one of his republican sabers.

Thanks Simon. I will, of course, try to never give up while there is breath in my body. The thing I fear most is the fact that I look upon the Palestinian issue as a litmus test for a politician's ideas of justice and democracy and all (including May) the party leaders fail this test. I may have to spoil my ballot at the next election. But the struggle continues.

Hi Simon, thanks a lot for this blog, really interesting and... filled with truth. We really need to wage this political war, In my young university student's life I've seen so much been taken away, such as a lot of the FESFO's funding, which is a group that offers cultural and identity help to young french ontarians (really important if like me you're a minority in the province). His ever growing greed for power is a shame, concentring on his idea of giving jobs and prosperity for all, while we're actually losings factories, lots of jobs everywhere. Trying to be the Hero of your own mistakes? I defenitly think we are all tired of this, I do believe Trudeau could be a good alternative, my biggest concern is how to get young adults like me to vote more? We can do some impact as a group and that's really what we should go for!