The Man Who Could Destroy Stephen Harper's Pipeline 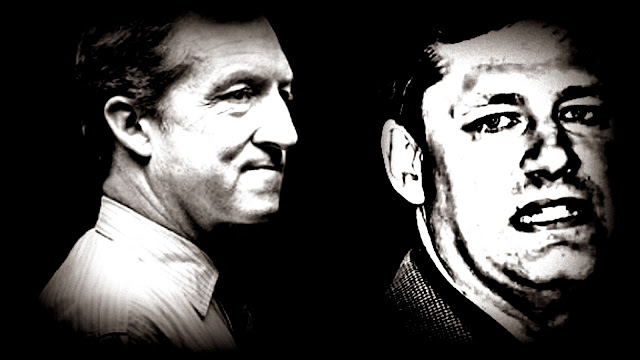 If Stephen Harper fails to get his precious Keystone pipeline, he'll have Tom Steyer to blame almost as much as Barack Obama.

Because the anti-pipeline billionaire has just produced a devastating poll that could kill the project dead.

By reminding his fellow Americans that Harper's bitumen won't be fuelling their country, it will be fuelling China.

For years, a majority of Americans have been telling pollsters they favour building the long-delayed Keystone XL pipeline. But if asked whether it makes a difference that Alberta’s oil sands crude could be exported to China then sentiment turns negative, according to the project’s opponents.

According to the poll, overwhelming majorities of Americans want Congress to “make sure” it knows where the oil is going and want TransCanada executives to testify under oath that the oil will stay in the United States.

Which pulls the carpet out from under Harper and his oil pimps.

TransCanada, backed by Prime Minister Stephen Harper and a slew of Canadian premiers, have pitched Keystone XL as a reliable source of much-needed oil from a trusted ally.

But environmentalists and other anti-Keystone XL groups claim the oil is no longer needed in the United States where domestic production has soared and that what Canada really wants is an export route to finance vast new development of the oil sands.

And undermines the support of even some of the pipeline's strongest backers.

Consider, for instance, the responses to this question: “Would it concern you a lot, a little, or not at all, if oil flowing through the Keystone XL pipeline ended up in China?”

Overall, 87 per cent agree that would concern them, with the concern greatest among conservatives – who otherwise tend to back the pipeline most strongly.

And who can blame those Americans eh?

For who wants to be called a SUCKER?

And who do you think Obama would rather favour?

The irritating RepubliCon Harper and his Chinese Big Oil buddies? Or his Democratic base, and big party donors like Steyer?

Yup, the oil pimp has met his match.

And it couldn't be more ironic eh?

Once Harper ignored the Chinese and called them "godless communists."

And now that he can't wait to jump into bed with them.

He risks being hoisted on his own petard...

And of course it couldn't happen to a nicer person.

And the pipeline shall not PASS...

.. we have a government that our Federal Courts have determined are breaking Canadian Law. Over a period of 5 to 6 years, the Harper Government has refused to fulfill mandated law and act on Endangered Species Protection. Thus the self proclaimed 'law and order government' is in violation of Canadian Law. No credible defense has been offered.. and no recourse seems enforceable.. net result.. this government is fine with violating our laws. Mainstream and Indy Media should hammer the Harper Government into submission on this alone.

unfortunately that will just make the shiteater push harder and slimier than ever for the pipeline that will poison Kitimat/ Douglas Channel and everything in between.

Harper as a Dictator, controls absolutely everything. Just when you think Harper couldn't possibly get any lower? He does.

Communist China will build the Enbridge pipeline, using their own cheap labor. Harper has also signed a deal with the, Red China Communist Army. Harper is also mulling a massive Chinese resource project, in our High Arctic. Harper is bringing over thousands of Chinese for his, Northern BC mining plan. China has been awarded 200 mining jobs at Tumbler Ridge. BC citizens want the Chinese removed. Now China wants their history and culture taught in our schools. What about the other races in Canada? There had better be a separate room, for our students who will not be, attending those Chinese classes. Most of us do not want our children, exposed to Communist teachings. Canada's schools are set up to be schools, for all Canadians. If China doesn't like this country and their schools? They can get the hell out.

Read about Harper's FIPA deal with China. Read of: Harper's Omni-Bull-S-Bill that permits China to sue Canada if, anyone tries to block Communist China's huge inroads into our country.

Harper is bringing thousands of Chinese over, for his Northern BC mining plan.
March 19/2011
www.princegeorgecitizen.com

They'll keep spending, until we learn to love them.
Dec 22/2013
ipolitics.ca

Y'know all of those made in BC jobs, Christy Clark promised?
Dec 22/2013
thegallopingbeaver.blogspot.ca

Harper has all of his ducks in a row, to cheat the next election too. That include's his judges. That is the way the 3 dictators of the 30's and 40's gained control. All dictators are paranoid sociopaths and control freaks.

Harper has turned Canada into a Fascist Dictatorship and a, cesspool of corruption. To get rid of a monster such as Harper? We would have to rebel and become another Syria. That is what Harper's prisons are for. Harper knows he is despised, loathed and people may rise up against him.

Harper is the one and only Canadian PM ever, to be held in contempt of Parliament. Harper has dirtied and fouled Canada's, once good name.

hilary rotten clinton better look out in 2016. Steyer could win an election there with his money on this type of issue by playing to the 'murkans getting crushed by energy price gouging there and if that happens, ol' harpie is fucked. he won't be able to push this guy and the congress he'll be able to buy around at all about pimplines, er I mean pipelines or anything else for that matter and you may very well see a really different America at that point and harpie had better bone up on his etiquette right away if he know what's good for him. Not sure what kind of America will emerge, but it will definitely be different. Guys like this can also take the fight to the cock brothers and beat them at their own game, too. "Fascinating . . ."

most Americans don't understand the oil/tar would be refined in Texas, using their very limited water supply, polluting their air, and then it would go to china. China will then decide if they will sell it to anyone and at what price. Why Americans would want to pollute their own country so China can benefit is beyond me. It maybe they just don't know. Mr. S. is to be congratulated. that pipelines isn't going to be good for anyone except the Chinese and in the end not for the average citizen in China. They are left with all the pollution from manufacturing. Americans need to be educated about this tar and it not being for them.