Stephen Harper and the Twisted Priorities of the Con Regime 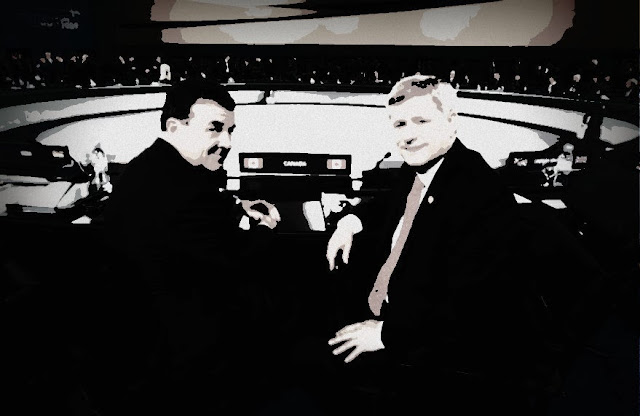 It looks as if the ghastly partnership of Stephen Harper and Jimbo Flaherty is heading for a messy breakup.

For after first appearing to agree with Flaherty that his income splitting plan was fatally flawed, he has now changed his mind.

The Conservative caucus appears to have put some woolly socks on Prime Minister Stephen Harper's cold feet on income splitting, convincing him to stick with a key campaign promise despite his finance minister's public reservations.

Leaving himself looking like a flip flopper, and poor little Jimbo gasping for air... 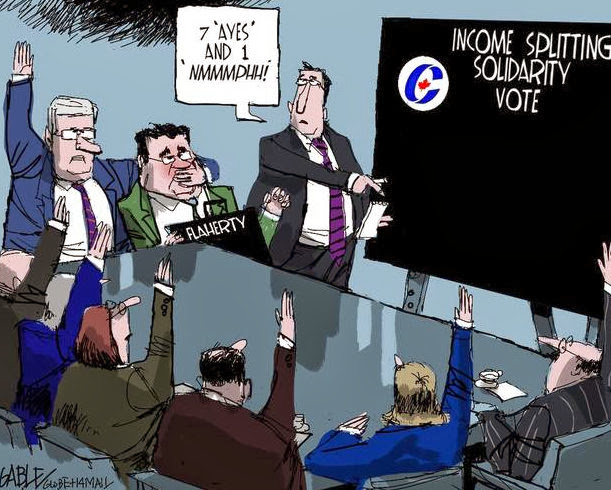 But then of course he would do anything to please his rabid religious base that believes that the income splitting plan is a good way to encourage women to stay at home, where they belong.

Just like he did by killing the national daycare program.


Posing as a friend of children. While the absence of decent daycare spaces leads to one tragedy after another.

Toronto police have confirmed they are investigating the death of an infant earlier this month at what is believed to be an unlicensed daycare.

The death of the 4-month-old boy is believed to be the fourth death at an unlicensed GTA daycare in the last seven months.

Because he would kill them gently, while pretending to help them. By spending millions of dollars to make himself look good.

Public Safety has yet to draw from the account, which has been used in the past for nuclear repair and First Nations reserves, but the money remains earmarked should the department need extra cash for its anti-cyberbullying ad campaign. They won’t say why they needed the emergency cash.

And publicize a bill which is less about cyber-bullying and more about cyber-surveillance.

Because he doesn't have enough money for children or veterans, or scientists or watchdogs.

But he does have all the money in the world to spy on Canadians. 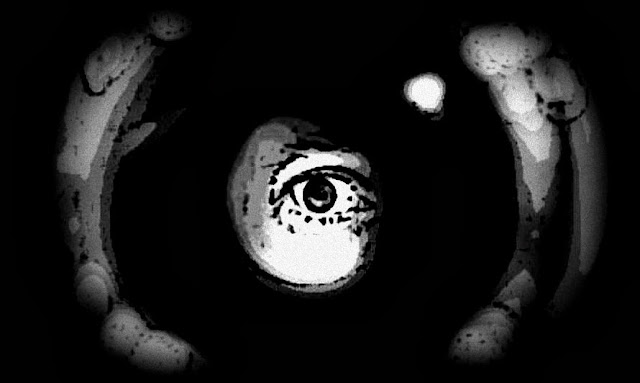 The budget of Canada's electronic eavesdropping agency will almost double this year as it prepares to open swanky new Ottawa headquarters.

Estimates tabled in Parliament on Thursday show Communications Security Establishment Canada will receive $829 million in 2014-15, up from just under $444 million this year.

At the same time, the budgets of several federal watchdogs will be cut. The auditor general loses more than $6 million and the chief electoral officer about $18 million.

And really what more can you say about a man with such twisted priorities, who would take us to such a dark place?

Or such a shabby one. Where a dangerous international crisis is just another excuse for cheap politicking.

Cheap, shabby Tory politics. That’s the best that can be said about Prime Minister Stephen Harper’s cynical decision to show the Canadian flag in Ukraine this week by sending a nakedly partisan delegation that includes a Conservative cabinet minister, an unelected Tory senator and two Tory backbench MPs – but not a single representative of the opposition parties.

What can you say? Except enough is ENOUGH.

The monster has soiled himself beyond the limits of decency.

And he really is good to go... 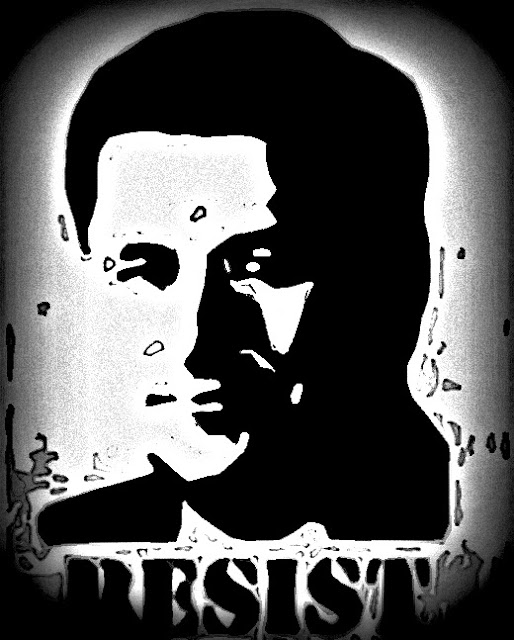 Not a single member of the opposition. It doesn't look like there are any Canadians either.

Actually, don't mind that Bully Baird is going with just some other Consters along...it looks like Russia might, as Junior Trudeau said, be pissed off enough to try and 'normalize' the situation, just like they did in other non-compliant East European countries...wouldn't it be a shame if the Con bully-selfie expedition turned into an embarassing situation where they couldn't leave, or, at best, were ignored for more important business?

There have been some Canadian delegations sent overseas comprised of multiple parties (eg. the NDP's David Christopherson attended some re: election monitoring) but to my knowledge Harper has never taken members of other parties with him on overseas trips--except for Mandela's funeral. But I think the Liberals have. Don't know about Mulroney.

Income splitting will reduce the amount of taxes people pay, who already make a goodly amount of money. What that does is further impoverish the government. at that point I'm sure we will see oil can reduce the amount of money spent on children in other areas, such as First Nations children and health care. Income splitting only benefits those who have a fairly good income to begin with. The rest of the population doesn't benefit at all. We can only hope everyone remembers that come election day in 2015, if we have an election.

At the rate the cons are going, it maybe that Quebecers decide to leave Canada, as the only way to escape oil can and his cons.