The Big Freeze and the Con Climate Change Deniers 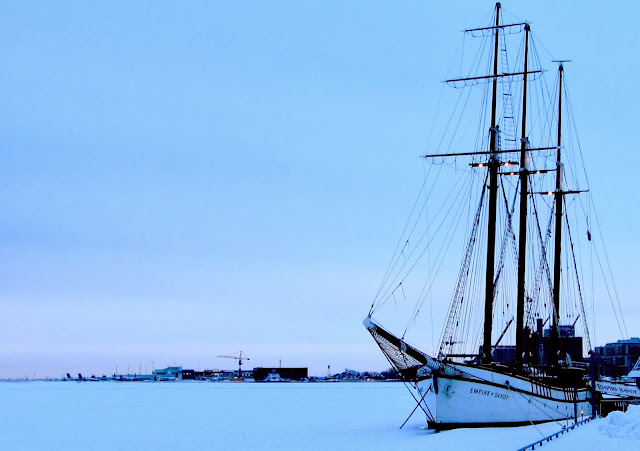 It's the winter that seems to have gone on forever. The bay is frozen solid.

And I can't wait for it to warm up. Not just because I've got a roaring case of cabin fever.

But also because the birds who live in the bay are suffering from the lack of open water... 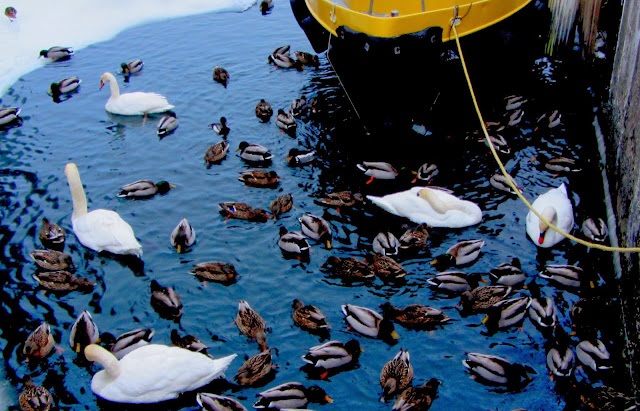 With the magnificent swans being forced to share the few holes in the ice with hundreds of hungry ducks.

And my only consolation is that what's happening here and in other parts of the world is going to help melt Stephen Harper and his foul Con regime.

Because of course it is the polar vortex.

The rapidly warming Arctic may be behind persistent weather patterns half a world away, including our polar-vortex winter, the U.K.’s relentless rain, and droughts in the American southwest, according to a “controversial” new theory.

It is climate change. It cannot be ignored any longer. Not when it's causing extreme weather all over the globe.

And even in Little Britain they're starting to talk about whether we should join the preppers.

It's unlikely that these floods will be the last such catastrophe, or the worst. Climate scientists expect bigger and more frequent extreme weather events throughout the coming century – not just wind and rain, but droughts as well.

You might not want to panic just yet, but you might decide that it is time to join the "preppers" – people who are secretly preparing to abandon modern life when the apocalypse, in whatever form, does arrive.

And all of this is going take its toll on Stephen Harper and his ghastly regime.

By reminding people that he is an unapologetic planet burner, and that him and his Cons are a bunch of climate change deniers and dangerous buffoons.

"My problem is with the words 'climate change.' I don't know what those words mean because they're a buzz phrase. Climate change. If we're talking about what is our preparedness for natural disasters, that's one thing, but climate change, if you want to talk about the climate, the climate always changes. It goes hot. It goes cold, etc."

Because while we might be able to excuse old Gordon O'Connor, on the grounds of creeping dementia. Who can excuse ol' Gerry?

"This cold weather can't last forever. This global warming has to stop some time."

The Ritz cracker who would joke about climate change while we shiver in it. And reveal his abysmal ignorance and his scary incompetence.

Just like he did during the tainted meat scandal... 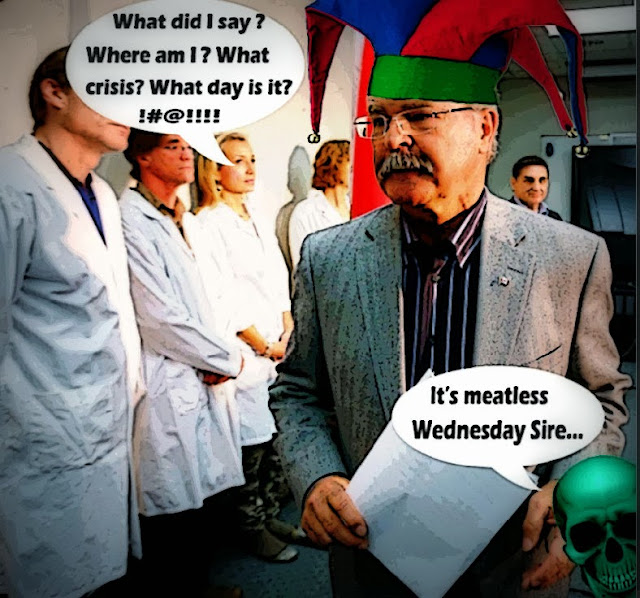 Just like the so-called Minister of the Environment does all the time... 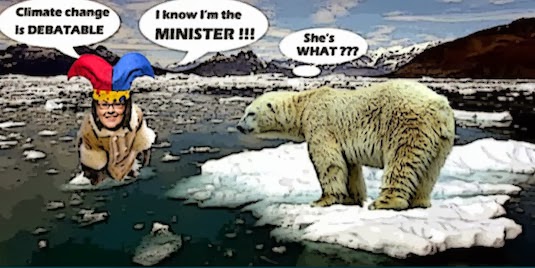 That other dumb climate change denier.

And the problem for Harper and his gang is that as more and more people come to realize the threat of climate change, they will look more and more dangerously out of sync with reality.

And an issue that has struggled so long for traction in the grubby petro state that we have become, could very well become the straw that breaks the back of the Con regime in the next election.

You know, they say you should think globally and act locally.

So that's what I'm going to do.

First I'm going to keep feeding the hungry birds in the harbour... 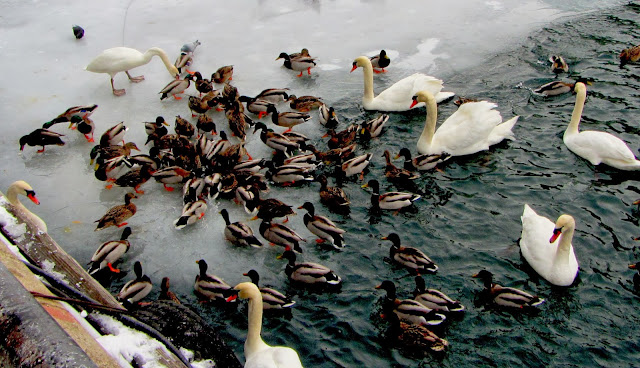 Especially the poor dignified swans who have a hard time time competing for the crumbs on the ice with the greedy more aggressive ducks.

Because I just love them eh? And they remind me of what could happen to us caught up in a world we don't recognize, struggling to survive.

And then I'm going to work harder than ever to help save our country and the planet.

Because the time has really come. Out of impending disaster comes opportunity.

We must defeat the Cons and their deranged leader.

Before we're forced to become preppers.

Before they destroy us all... 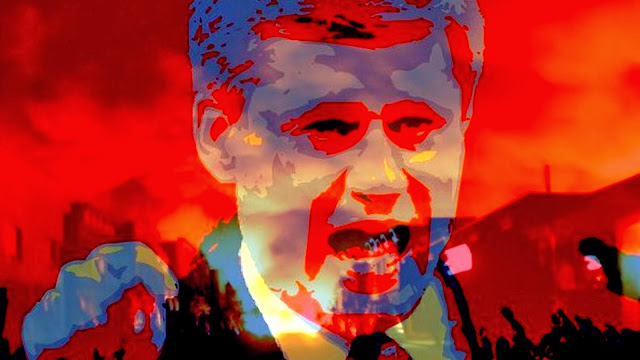 This is the kind of news that is never covered in our MSM anymore, but the Guardian tells us California is on the verge of an epic drought. The groundwater reserves are so run down it can be seen from a satellite. Predictions are the hit to California agriculture will add 20% to Canadian's food bills. It's unlikely Obama will ever approve the pipeline considering what climate change is doing to his country. And what about the conservatives love for consumers and their desire to be good to them. 20% on our food bills? That's not love. Let's get busy on alternate energy (geothermal perhaps).

Just wait for the inter-state water wars . . . this could be the 'black swan' of US politics, if the drought continues. The American states that border the Great Lakes are all adamant in refusing to ship water to the south-west.

Weather extremes are happening around the globe. The U.K. has horrific floods going on right now. However, Harper loves Harper and not another damned thing other than himself. Harper is your typical fascist dictator and he comes first. He has all of his ducks in a row, to cheat the next election too. If there is a next election. Canada is no longer a democracy and Canada is Harper's Fourth Reich.

Not only that, the NAU is just around the corner. The meeting of the 3 Amigo's will also discus the NAU. All the silly spats between Canada, the U.S.and Mexico are all smoke and mirrors.

Two Americans Wenzel and Parker directly participated in two Conservative campaigns. Front Porch Strategies, were accused of the robo-calls that came out of the U.S. Because, corporations are bottomless pits of greed? Harper's so called majority was rigged to get the NAU on the way.

oil can stevie isn't going to change his mind, or what is left of it. you maybe able to debate what is causing climate change, but you can't debate that it is changing. well you can debate it but good luck. the climate is changing. it has changed before and it will again. sometimes its slow and then not so much. we simply have to be prepared and the politicians aren't willing to deal with any of it. we need to save what we have left and deal with the probability hundreds of millions of people are going to be effected and will have to move. whether we try building defenses against rising oceans and prolonged droughts, we will have to figure out how to continue. that may mean not building and expanded specific cities, it may mean slowing population growth. it may mean keeping specific areas for growing food, or else there might not be any. Politicans don't want to deal with this, it might require too much thinking.

hi Edstock...well as you know there are already small water fights going on all over the U.S., and you're right this can only escalate and create a real North South divide on our own continent. And if the California drought is as bad as they say it could be, those dust bowl stories will make it easier for Obama, and much harder for Harper...

hi gingersnap...yes there is no deal Harper won't go after, even though his abominable negotiating skills means that nine times out of ten we end up getting screwed. No leader has posed as a patriot as much as he has, and sold our country out so easily...

hi e.a.f...it wouldn't really matter if some of the extreme weather events were not caused by climate change, because perception is what matters. The fact is that people are seeing extreme weather like they have never seen before. The size of some of the waves hitting Britain are almost beyond belief. And it will convince a lot more people that climate change is going to happen in their life time and that will make all the difference...

Why don't you go ahead and get busy on alternate energy, I want fossil fuels and lots of it. If Obama denies the XL pipeline, fine. If not Obama then some President will approve it sometime, and Canada will be better off for it.