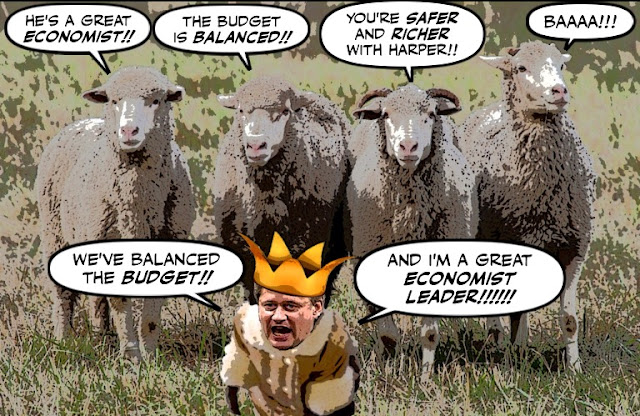 Well never let it be said that the Harper Cons are not a cult, or a herd of pathetic sheeple.

A baaing bunch incapable of independent thought, who can only repeat word for word what the PMO tells them.

As even their so-called Finance Minister, the hapless stooge Joe Oliver, does all the time... 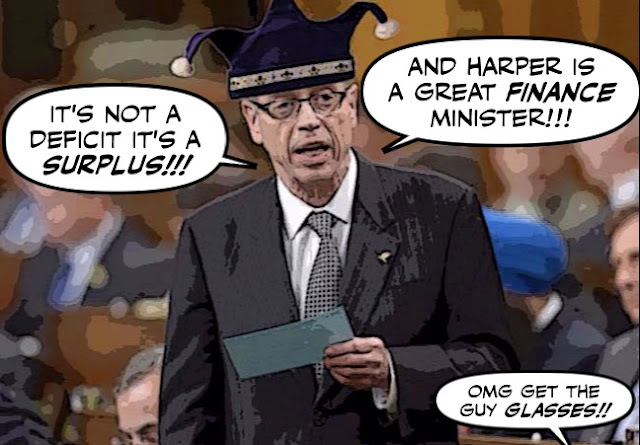 And for even more evidence of that please consult the following video.

Isn't that pathetic? Have you ever seen anything like it? Is this Canada or North Korea?

Baaing like sheep and lying like thieves about a budget that isn't balanced, and a surplus that is really a deficit. 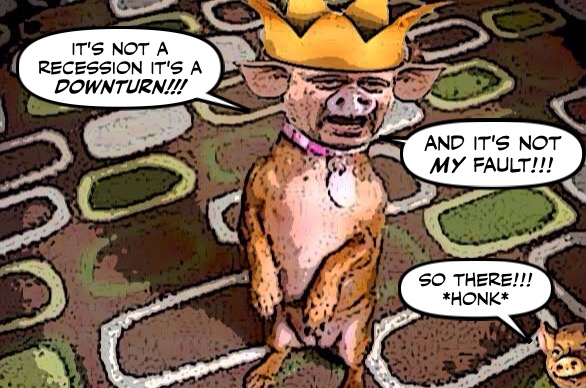 And all I can say is that it is written in the Book of Simon, that there comes a time when all cults drink their own Kool Aid. 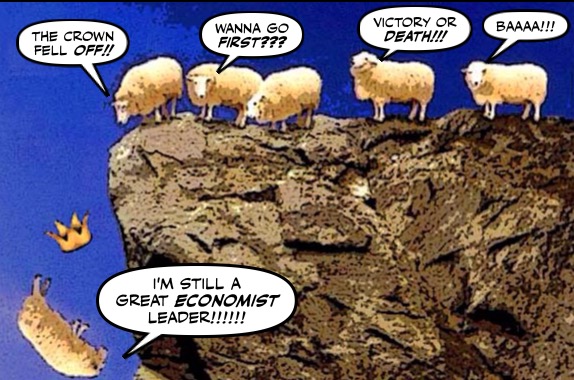 And that time is NOW.

For just wait until those pathetic Cons meet OUR progressive sheep dog... 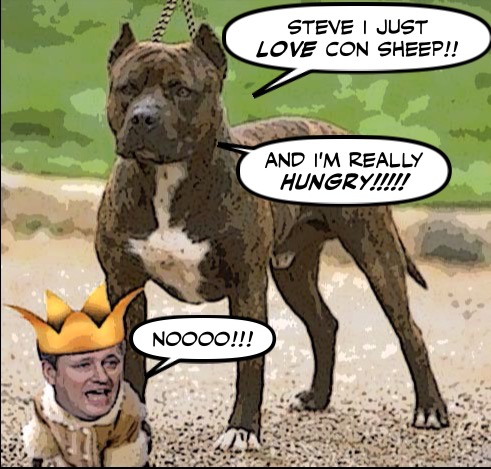 Because if we can't beat that lying loser leader and his freakish flock, we don't deserve to live in this big beautiful country.

So we aren't just going to defeat them, we are going to DESTROY them.

Mmmmm....do you like grilled lamb or grilled tyrant with mint sauce?

But Harper and the Harperiods have more money to spend on their sleazy fraudulent ads than the NDP and Liberals combined! But the latest Nanos poll shows 66 per cent of respondents want to see a change of government! I'd say that is encouraging!

Where did you get that? It is hilarious. I can remember my classmates and I learning the multiplication tables like that. Memorize and regurgitate. It probably was cuter with a 6 year old.

I may just have to distribute the link.

It's interesting Simon. Harpers campaign will be completely controlled and choreographed. Most of his stops will be in conservative ridings. He won't present himself too much to the Canadian public in general. He is hoping that the many, many attack ads will do for him, what he himself should be doing in campaigning. It is not campaigning in the true sense of the word though that he will be doing, like travelling across Canada, talking and mixing with all Canadians, Answering questions from reporters and Canadians, revealing himself to one and all and talking about his track record. No, Harper will be presenting himself, surrounded by guards and for the most part waving to the crowd like Royalty standing on their balcony does. He has wrapped himself in the 'I own the office flag' and Canadians are expected to pay obedience and awe to him. I'm sure he resents having to campaign at all and he sees Canadians as being the great unwashed, who he would prefer to not have to communicate with, so he will avoid it as much as he can, even during an election. Now that he is blatantly lying to Canadians personally and in his attack ads, nothing is beneath his doing to stay in power. We need to be very vigilant and more then anything Canadians need to get out and vote. The emperors clothes have been off for awhile now and what we are seeing is the nasty piece of work he really is.

That's got to be the lamest ad I've ever seen. The Con MP's in it are as genuine as a 3 dollar bill and the only thing missing is them going Bah Bah at the end. They will be sheared this October as Emperor Harper leads them to slaughter and the goings on of the fetid and festering sewer known as the PMO are finally revealed and dealt with much like Deano was dealt with.
JD

hi anon...yes that is very encouraging. Change is the driving force that will finish off the Cons...

hi jrkrideau....I got it from the excellent progressive site Press Progress. But can you believe those Cons?
What a bunch of parrots or losers...

hi JD...that wasn't a Con ad. It was put together by the people at Press Progress. Do you think the Cons would have had R2D2 squeaking while they read their lines. The Cons are far too dumb for that.... ;)

hi Pamela...It will be interesting to see how Harper campaigns. He would prefer to campaign in a bubble, but he is desperate to move his numbers, and if he avoids answering reporter's questions during an election campaign, he will pay a heavier price than he normally does. But yes, it all comes down to voter turnout. With a good one we could defeat him soundly, with a bad one he could still win....

you're right Simon. I stopped watching it after the Cons parroting each other almost made me ill.
JD