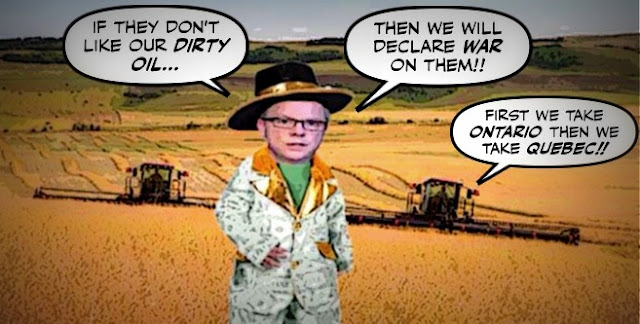 Another Con oil pimp like Brad Wall, the Premier of Saskatchewan.

Sweeping out of the West to declare war on Central Canada.

Canada's longest serving premier isn't happy. Not one bit. And Brad Wall is letting some of his colleagues know it before he arrives in St. John's for the annual meeting of the country's provincial and territorial leaders.

Wall told reporters in his home province of Saskatchewan that Ontario and Quebec should get out of the way of proposals to build or convert pipelines to carry oil from west to east.

Even though his timing couldn't be worse.

One of the largest leaks in Alberta history has spilled about five million litres of emulsion from a Nexen Energy pipeline at the company's Long Lake oilsands facility south of Fort McMurray. The leak was discovered Wednesday afternoon.

And this couldn't be more disgusting.

"Maybe we should send equalization payments through a pipeline to get one approved in Central Canada.''

Considering that less than ten years ago those payments were flowing the other way, INTO Saskatchewan.

And neither Wall nor any of the other Con oil pimps have ever apologized for the damage their Dutch Disease caused to the manufacturing sector in Central Canada. 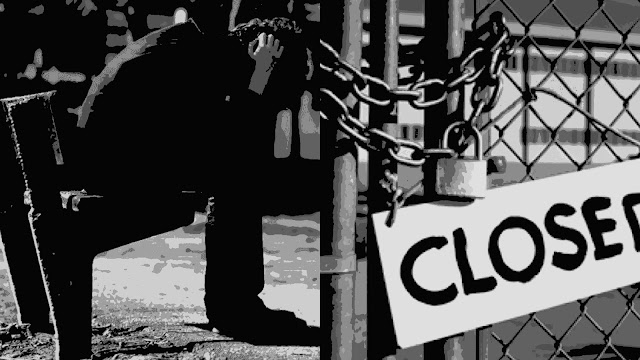 And all those lost jobs.

And while we're at it, you'd think Wall would know by now what global warming could do to his own province. 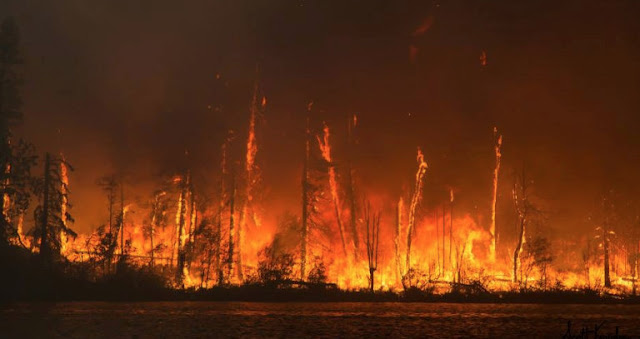 Or how it could turn British Columbia into a blazing inferno, and large parts of Alberta into a desert.

But then of course, Saskatchewan isn't the province it once was. Once it was a progressive province, the home of Tommy Douglas and the birthplace of our precious medicare system.

A place where farmers shared the good times and the bad times and represented the values that once made our country great.

Now it's one of the last bastions of the filthy Harper Cons... 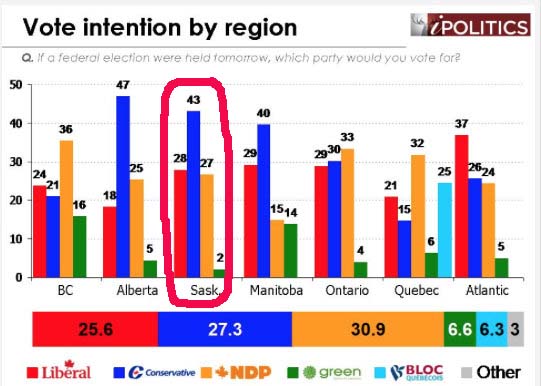 Who have been waging war on our Canada and its values from the moment they came to office.

And have changed the province I once admired so much, beyond recognition... 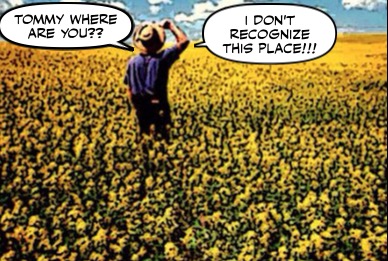 Oh boy. When will Canadians understand that Big Oil corrupts EVERYTHING it touches?

And that short term greed will lead to the destruction of our country, and the planet. 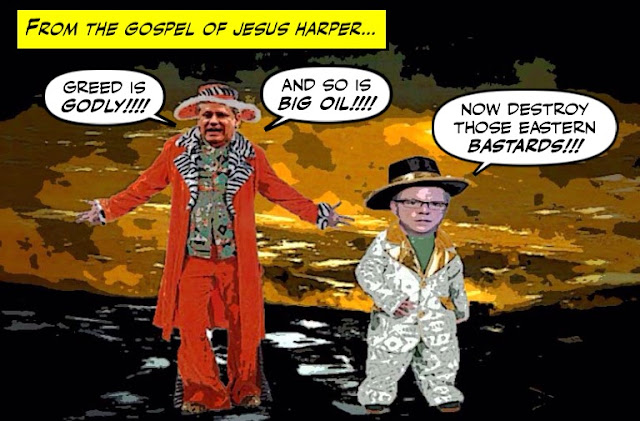 I think that poll you include is old . The latest numbers from EKOS actually have the NDP in the lead in Saskatchewan! And by 11% over the Conservatives!

hi anon...yes I've now seen the new EKOS poll and I'm surprised that Graves didn't comment on it, because if it's true it would be an extraordinary turnaround. And of course if another poll backs that up, I will travel to Saskatchewan and apologize profusely... ;)