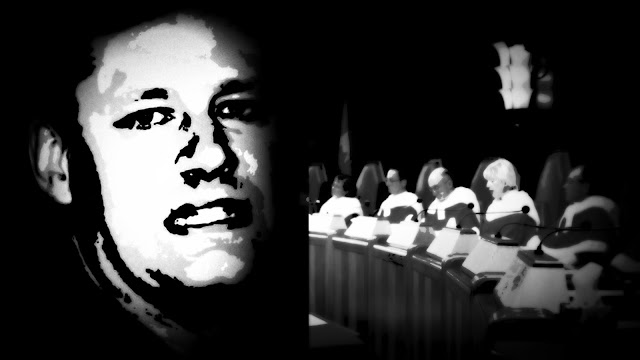 All through the long and dark years of Stephen Harper's evil regime the Supreme Court of Canada has been his most mighty opponent.

Time and time again it has rejected his foul and flawed bills that would have turned us into a monstrous police state, or a vengeful theocracy.

It has been the last bastion of Canadian values that the depraved tyrant has been unable to corrupt or destroy.

But what most people don't know, and as the Globe's Sean Fine points out, Harper has been slowly undermining the court from below.

By stealthily remaking our judiciary in his own monstrous image.

In the public glare of Parliament, the Conservatives have passed dozens of crime laws that reduced judges’ power to decide on a sentence. Behind closed doors, the government has engaged in an effort unprecedented since 1982, when the Charter of Rights and Freedoms took effect: to appoint judges most likely to accept that loss of discretion – the little-noticed half of Mr. Harper’s project to toughen Canadian law.

It's a long article, but you should try to read it all because it couldn't be more chilling. 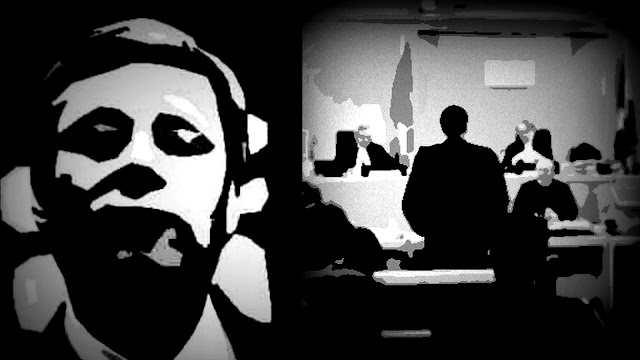 While those public conflicts were playing out, the government was quietly transforming the lower courts. The Conservative government has now named about 600 of the 840 full-time federally appointed judges, or nearly three in every four judges on provincial superior courts, appeal courts, the Federal Court and Tax Court.

The judges, who can serve until they are 75, may be sitting long after other governments have come along and rewritten the laws. They also are a farm team or development system for the Supreme Court. They are Mr. Harper’s enduring legacy.

But all you really need to know is that he is trying to kill the so-called living tree at the heart of our Charter of Rights.

Know too that ministers like Jason Kenney, Pierre Poilievre, Rona Ambrose, and Joe Oliver, have been providing Harper with a list of right-wing judges who will demolish our Canadian values if they are not restrained.

And that if Harper should get another majority, he will make sure they are NOT restrained.

By appointing judges like Bradley Miller to the Supreme Court... 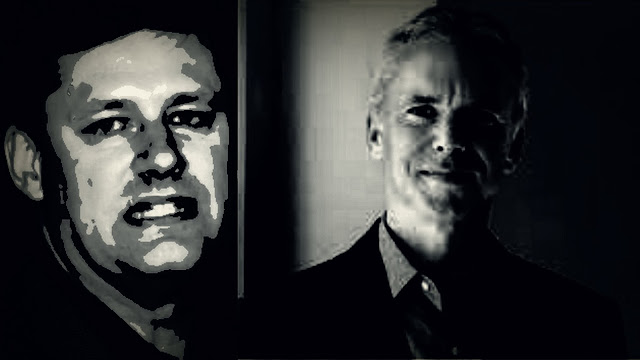 As an election approaches that will be fought in part on security from terrorism and crime, the Prime Minister and his cabinet continue their determined effort to reshape the judiciary. In June, they promoted Justice Bradley Miller, another former Western professor and proponent of originalism, to the Ontario Appeal Court. He opposes gay marriage and asks whether the Supreme Court has lost its moral centre.

The religious fanatic and anti-gay bigot Harper is clearly grooming for the job.

And that if he is able to destroy that last bastion of Canadian values, nothing and I mean NOTHING will save us or this country from his monstrous depravity...

Or the bloodthirsty commandments of his rabid base.

You know, even though we could be only 10 days away from the start of the election campaign, I can't help but notice that Liberal and NDP supporters are spending as much time or more attacking each other, than they are attacking the Harper Cons.

And as somebody who puts his country before his party, all I can say is this madness has to stop.

For nothing but NOTHING could be clearer to me. Nothing could be more blindingly obvious.

Or we work together to stop Harper.

Or he will destroy our Canada... 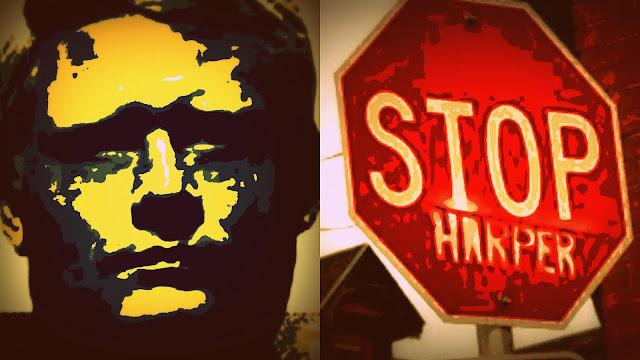 .. that #cpcjesus Harper secretly met with Governor Scott Walker of Wisconsin recently, should set off alarm bells across Canada. These two political opportunist pus sack frauds make quite a pair..

Twenty-five years later, Harper still exhibits undisguised scorn for the charter and the ''special interests'' it allegedly supports. If we could only go back to the origins of Canada and the rights (or lack thereof) we had then. But wait! The 150th anniversary of Confederation is only two years away. All the more reason for Harper to want to be re-elected so that he can rejoice in the pre-charter world.

Harper needs no pal to be dangerous, we as Canadians have to get rid of him.
He has already changed our country almost so much that it cannot be recognised,
and any more time of him in power we will be totally under his dictatorship.

God help us all.

Harper: "You won't recognize Canada when I'm through with it."
Google: Harper Watch and Harper Chips.

hi salamander....yes I noticed that secret meeting, and would love to get a transcript of what they discussed. For the fact that it was secret tells you that they were up to no good. Harper is a stealthier version of Walker, and you're right they do make quite a pair...

hi Pauline....you're right, Harper is dangerous. And now we are paying for having let him remain in power for so long. We really must defeat him and failure is not an option....

hi David....Harper has been influenced by some of the weirdest and most reactionary ideologues North America had ever known. His whole Canada schtick is just a cover for his foreign and very un-Canadian upbringing. The man hates the Charter with a passion, and for that reason alone is unfit to remain in office....

hi Pauline....I suppose a prayer wouldn't hurt, but we must help ourselves to get rid of Harper. We are more than them, we are smarter than them, so there really is no excuse...

hi anon....yes, I've written a number of posts about Bradley Miller, including this one:

And yes he couldn't be crazier or more dangerous....

hi David...yes, while Canadians slept or sleep walked Harper has been busy. The Sean Fine article is a very good one, but it is years too late. Our legal system has been corrupted for at least twenty years. Canadians have let their country down in the most disgraceful way. And let's just hope it's not fatal. Or we will destroy the Cons, or they will destroy Canada....

I'm Canadian. And I'm Catholic, which means that I believe in moral principles guided by natural law. That means that I'm staunchly opposed to homosexual marriage, abortion, Doctor assisted suicide and contraception. Concerning the latter morst, I don't use it at all. It means a lot of other things too, but these issues seem to be the primary concern of my political enemies. My natural enemies as well?

Could you please explain why it is that Canadians such as Justice Miller and myself do not get to decide, do not get a say about what Canada is, or isn't, while individuals such as yourself do?

Just change the name of the CRAP party to republican

hi anon....you get to decide what you want when you cast your vote. But human rights must trump religious rights or we will be living in a theocracy. It's really as simple as that.

That's interesting. First, there's no hierarchy of rights, at least according to the Supreme Court, at least on paper. I would say practice is something different, but alas. Second, what exactly is it that makes the two, human rights, and religious rights diametrically opposed in a manner that they cancel each other out, making it necessary for one to trump another? Third, being Catholic, a theocracy might be an improvement.