Is This A Sign That Stephen Harper Is About to Call An Early Election? 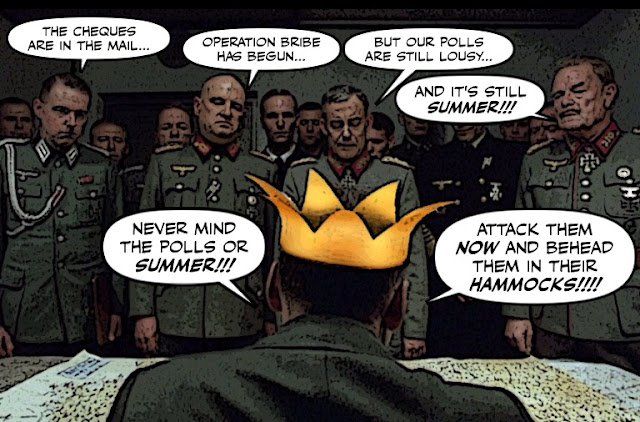 I realize that we are now in the heart of the Canadian summer, and the last thing most Canadians want to think about is politics.

But the PMO never sleeps, there are still rumours circulating that Stephen Harper is planning to call an election in the next few weeks.

Before all those Canadians he's trying to bribe, spend the $3 billion child care dollars he sent them.

And in that regard this may or may not be significant.

A lot of the fanatics in the PMO seem to be mysteriously disappearing.

The corridors of power around the Prime Minister’s Office may have just gotten a whole lot less crowded — and the prospect of an early election call a lot more likely.

Because while it may be a technological glitch, it could be more than that.

It’s fair to say that if the prime minister were getting ready to take a stroll to Rideau Hall to request a writ drop, his party would likely want to have its campaign team in place — and many of those staffers missing from the PMO directory would almost certainly be on it.

Or maybe it's just a sign that the PMO has decided to take a break before all who work in it collapse or go crazy.

Or that Stephen Harper, who is also crazy desperate, has just decided to go to the beach... 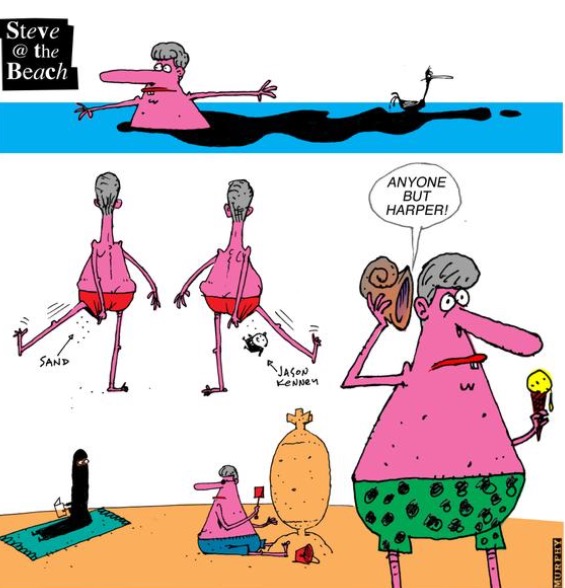 But I wouldn't count on it, so we better be ready.

If he won't listen to the shell, we're going to have to tell him ourselves.

Prepare for the Final Battle for Canada.

And get ready to send him on a permanent vacation...

I recall Power & Politics regular (Ian Capstick) saying a couple months ago if Harper is going to call an early election, there will be definite signs eg. Cons would already be booking tour buses, hotel rooms, reporter/party "buzz" around Ottawa, etc. Is this in fact happening now?

Question: If the Huffington Post will now be covering Donald Trump in the "Entertainment" section, why isn't Canada's mainstream media reporting on "Government of Canada" news in the Con Political Propaganda section?

they could have all gone missing because they all took new job offers. they may have decided to get out while the getting was good and they had contacts to find new jobs with. if you're out of a job, its so much harder to get one, in their line of work. we have all heard about rats leaving a sinking ship. they may know defeat is at hand and have gone to work for the person who wants to led the party once stevie is gone.

David : Maybe the coverage should be in the crime section.

Simon: The reformatories are 83 nominated candidates away from a full septic tank. This number has not changed in the last week. Harper - he's just not ready.

There may be a shortage of volunteers for a cruise on the Titanic . The PMO shortpansers may see an opportunity to roll over riding associations. Maybe nobody can count. Whatever; getting ready for Aug would be difficult.

The NDP have 107 unfilled . The liberals have 44 vacancies.

Harpers contempt for democracy may have not stung him in the past, but this time, he is toast.