Greece, Angela Merkel, and the Failed Policies of Austerity 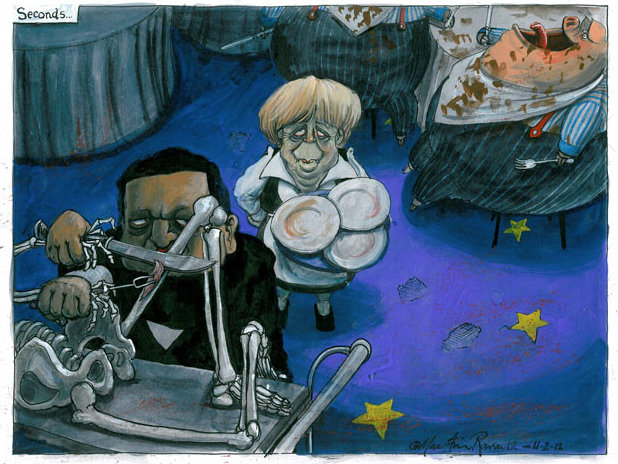 As Angela Merkel and her gang of EU stooges and bloated banksters give Greece until Sunday to decide how much more flesh they can carve off its shrunken body.

Frustrated European leaders gave Greece until Sunday to reach an agreement to save its collapsing economy from catastrophe after an emergency summit meeting here on Tuesday ended without the Athens government offering a substantive new proposal to resolve its debt crisis.

And Merkel makes it clear she wants as much flesh as possible.

At a separate news conference, the German chancellor, Angela Merkel, made it clear that eurozone leaders were determined to set a very high bar for Athens before the Thursday deadline.

The pressure on her, the EU, and the whole capitalist system is mounting.

A couple of days ago the brilliant economist Thomas Piketty pointed out that Germany is the biggest defaulter in history, and the most hypocritical.

Thomas Piketty, who rocketed to stardom last year with his treatise on inequality, told a German newspaper that the Germans are being hypocritical in the way they’re treating Greece.

"When I hear the Germans say that they maintain a very moral stance about debt and strongly believe that debts must be repaid, then I think: what a huge joke! Germany is the country that has never repaid its debts. It has no standing to lecture other nations."

And tried to convince the woman known as Das Merkel, or Mutti, The Mother of the Nation, of the merits of morality. 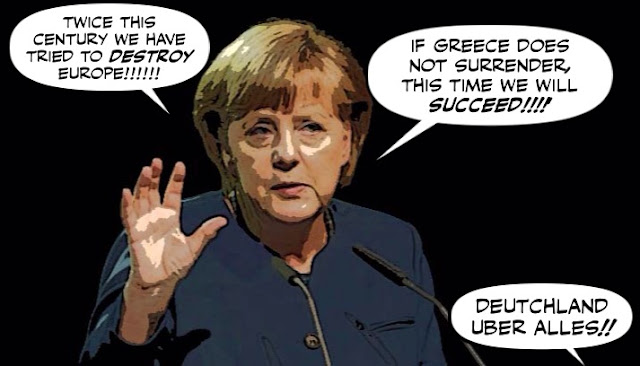 “We cannot demand that new generations must pay for decades for the mistakes of their parents.

Now Piketty has gone a step further and along with other leading economists sent Merkel an open letter.

Telling her that Greece is just the latest victim of the failed policies of austerity. 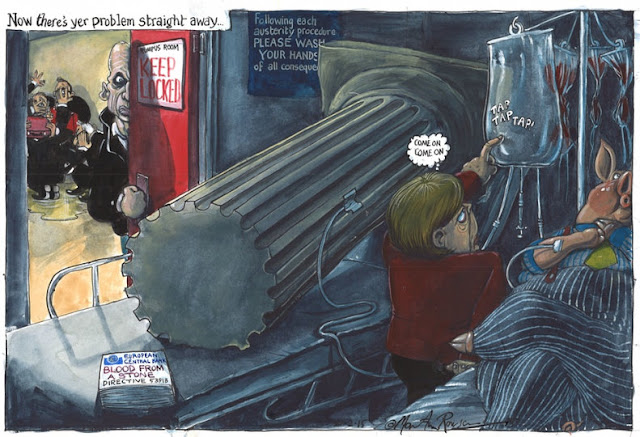 The never-ending austerity that Europe is force-feeding the Greek people is simply not working. Now Greece has loudly said no more.

As most of the world knew it would, the financial demands made by Europe have crushed the Greek economy, led to mass unemployment, a collapse of the banking system, made the external debt crisis far worse, with the debt problem escalating to an unpayable 175 percent of GDP.

Reminding her how much poverty and suffering those failed policies are causing... 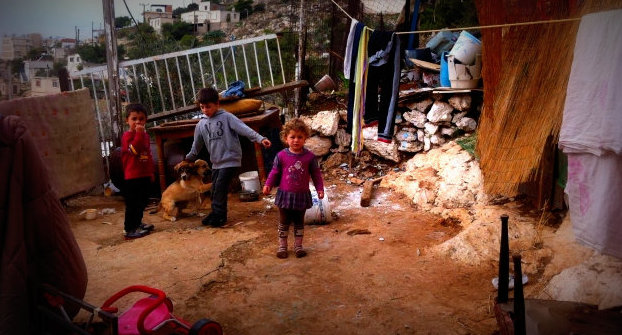 The humanitarian impact has been colossal—40 percent of children now live in poverty, infant mortality is sky-rocketing and youth unemployment is close to 50 percent.

In the 1950s, Europe was founded on the forgiveness of past debts, notably Germany’s, which generated a massive contribution to post-war economic growth and peace. Today we need to restructure and reduce Greek debt, give the economy breathing room to recover, and allow Greece to pay off a reduced burden of debt over a long period of time.

And warning her of the consequences of failure.

Right now, the Greek government is being asked to put a gun to its head and pull the trigger. Sadly, the bullet will not only kill off Greece’s future in Europe. The collateral damage will kill the Eurozone as a beacon of hope, democracy and prosperity, and could lead to far-reaching economic consequences across the world.

And of course Picketty and the others are right. The inhuman policies of austerity so favoured by Con regimes everywhere including our own, have failed. The capitalist system is broken.

And all I can say is, if those Cons and those greedy banksters think they can feed the young and the poor of the world into the grinder of austerity.... So the rich can become richer while the rest of us grow poorer.

They've got another thought coming.

Because you don't need a brilliant economist, or a crystal ball, to make this prediction:

Or there will be change. Massive change and justice.

Or there will be a REVOLUTION... 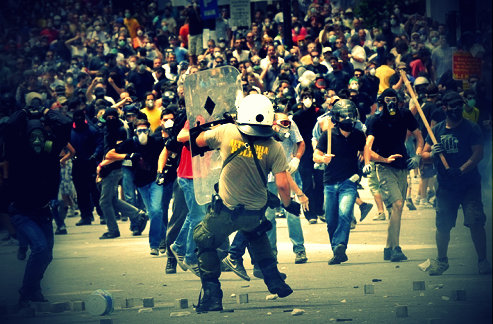 "Or there will be a REVOLUTION..."

What it will not be is a constitutional monarchy because that would be just too sensible to consider.

hi A Kisaragi Colour....yes you're right, this story could go in many directions. But the bigger story will come down to this: Or there will be fundamental change, or there will be fascism, or there will be a revolution. Those austerity policies are only increasing inequality, not just in Greece, and there is only so long that can go on for, before massive social unrest breaks out...

Why Das Merkel? I disagree with most everything she says or does - the only exception being her science-based disagreement with Harper's ecocidal views - but that doesn't make her an it (though German does use das for some feminines such as das Mädchen).

Piketty is right about the German war debt - it was wisely forgiven due to understanding the lessons of the First World War, with crippling debt and rampant inflation setting the scene for the rise of Nazi madness, which many thought unthinkable in such a well-educated nation.

They can print their own script and pay the people. It is done in some places all the time. It's like bitcoin. If everyone agrees it works.

We know austerity doesn't work nor do high interest rates for countries which have massive debts. However, countries need to establish fair tax systems to run their countries in a meaningful manner. Greece never did have a strong economy and hasn't been able to weather the storm. The unfair tax systems will cause problems in other countries also, especially those without a social safety net. It would appear neither the right nor the left in Greece want to tax the well to do or the profitable corporations. That will be a problem. it might be Germany leaves the E.U. along with a few other countries. They actually have the most to loose in all of this.

As unemployment rises in Canada and the unfair tax system continues, we may too find ourselves with out a viable safety net, well it already is a tad thin.

Now we just have to wait and see what happens in China, because if their economic "woes" continue Canada is going to be in very bad shape, especially with all the trade agreement steve and his cons signed.

Buyer beware for the Germans and other lenders. I'm sick of cry baby capitalism!!

How the Greek government is limiting cash withdrawals at banks:

hi lagatta....I would guess the nickname Das Merkel comes from the German submarine movie Das Boot. And yes you're right, the idea of forgiving the German debt after the Second World War did come in part from the mistakes they made after the First World War. And also because by then the Cold War had started...

hi anon....I'm not an economist, but there are several ways to proceed. They can forgive part of the debt, or more likely extend the repayment over many years. Or Greece can restore its own currency, which would not be easy, but would at least give them some control over their own destiny...

hi e.a.f...yes the tax system in Greece, as in so many other countries does need to be overhauled. The problem is that oligarchs in Greece like the rich everywhere else are the ones tucking their money away in tax shelters. And unless something can be done about that inequality will continue to rise....

hi anon...as I said in my post, something has got to give. What's happening in Greece is happening in other countries. And with the capitalist system reforms itself, or it will eventually be replaced with a better one....

I'm sending this video I made as an allegorical message for what is happening in our country Greece.
To all Greek friends in Canada with love: https://youtu.be/tj3wgq8nQVg