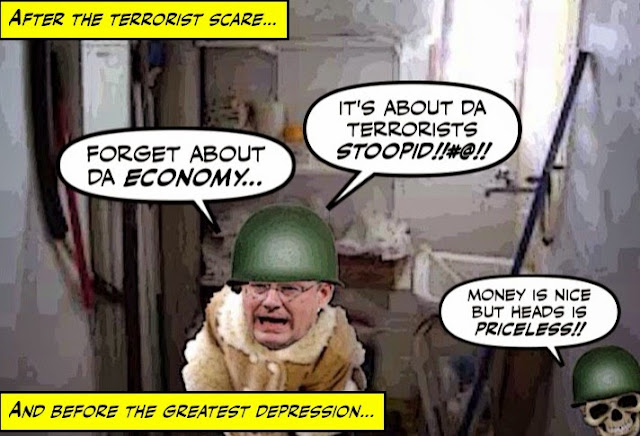 As you may have noticed, Stephen Harper has stopped bragging about his government's economic record.

Now it's all about the Great War on Terror, and the dangerous jihadis Justin Trudeau and Tom Mulcair.

If I had screwed up the economy like that, I'd also be hiding in a closet.

But sadly that still hasn't stopped him from using OUR money to pump out even more porky ads like this one...

Even if it is totally fraudulent.

The Opposition New Democrats say they have filed a complaint with the ad industry's self-regulatory watchdog, calling for a review of a new government ad touting a loan for apprentices because it contains "misleading" information.

The complaint comes after CBC News reported that a new ad, claiming the Canadian economy will need "one million skilled tradesmen and women" over the next decade, was unsupported by independent forecasts and even the government's own projections.

But then who can forget the last Porky Action Plan ad they put out promising gazillions of jobs?

Which also had to be pulled because it too was totally fraudulent, as I pointed out in this video...

Because those Con artists are repeat offenders, and if there was any justice they would have been jailed long ago.

But of course now the situation is even more serious, because those crooks could raid the rainy day fund to save their shrinking surplus.

Experts weighing the threat of low oil prices to the federal government's bottom line are asking themselves a follow-up question: what's to become of Ottawa's contingency reserve?

And the longer oil stays low, the more likely the federal government will have to dip into the country's $3-billion rainy day fund, which was set aside for unforeseen events.

And the hapless Harper stooge Joe Oliver is now our Finance Minister... 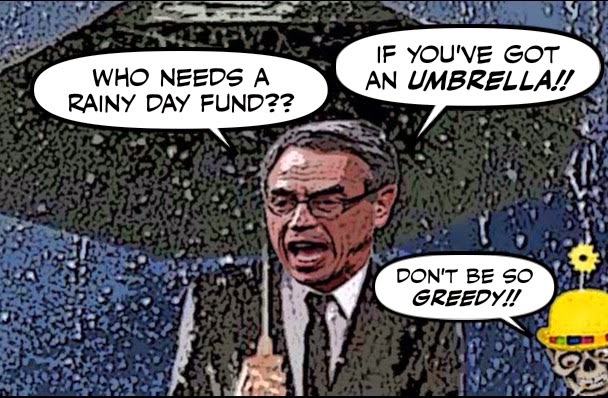 So Godzilla help us.

And all I can say is how on earth did those useless Cons fool so many Canadians  into thinking they knew what they were doing?

I've been poor for so long I probably won't even notice the Greatest Depression, until I'm forced to sell apples on the street corner, like so many others.

But somebody really should have warned Rick Mercer...

The next election will be more about the economy than it will be about the Great Terrorist Menace.

The Cons really didn't know what they were doing.

The Day of Justice will soon arrive. 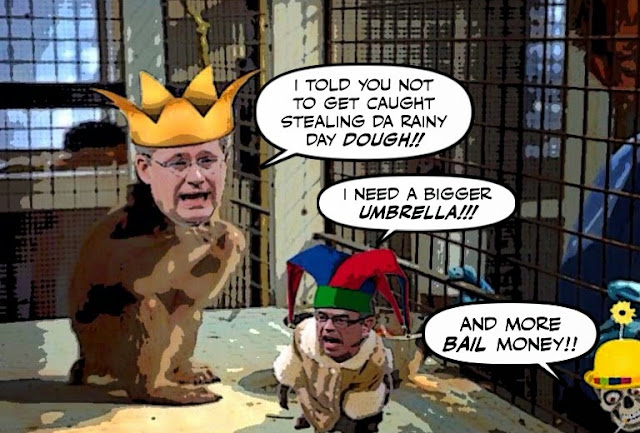 Don't you think Joe Oliver should be suing Rick Mercer for defamation of character?

last evening's news advised 300 lay offs in Alberta oil fields. In the Comox Valley, B.C. they were forcasting a decline in truck sales. Reason: lots of people commute to Alberta to work. The impending lay offs in Alberta will most likely have a greater impact in B.C. than Alberta. Some work will continue in the oil fields, but they will keep Alberta workers instead of B.C. workers and pressure will cause they to lay off foreign workers.

The decline in the Canadian dollar will most likely benefit some Ontario and Quebec manufacturing. there is an indication some manufacturing, including vehicles is already picking up. the Dutch disease has found a cure in Canada, declining oil profits/sales leading to a declining dollar. We may get in balance once again, when we are no longer a "petro state". No if we could just get rid of that typical "petro state dictator" all might be well again in Canada.

With a declining economy, Canadians will revolt if their medical system goes down the toilet. If the Liberals, NDP, or Greens want to win the next election they might want to get that out there. They can start by simply cranking up their email lists and sending out the information instead of sending out requests for money.

Mercer has the most fun job in Canada and he is nice looking and very intelligent. He outsmarts Harper by about ten to one. Because he is a comedian he can get away with maximum satire. He pulls it off with class.

Remember Clinton's "its the economy stupid?" it got a democrat [Clinton] in Presidential Office for the first time in years. Harper has a well polished American Republican monied style Trudeau and Mulcair sometimes look like clowns even though Harper is the biggest clown of the three.

I wish Trudeau and Mulcair would unite and destroy Mr Head Clown Harper because together they could pull it off. Sigh once more I am beginning to think they are all fools on the hill Ya Parliament Hill...