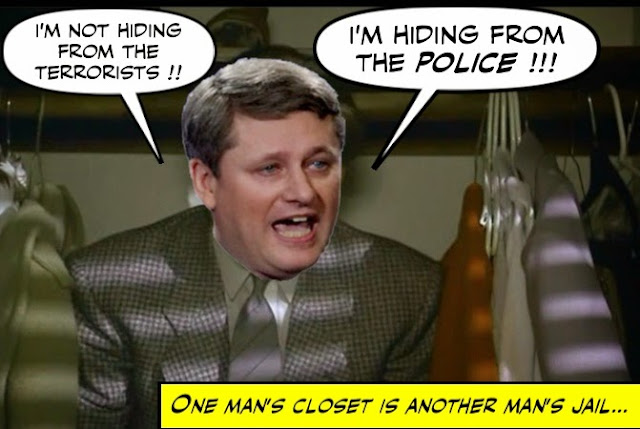 Well as I'm sure you know, the Harper regime contains more Con artists than you can count.

One moment Lord Harp is a Great Strong Leader, the next moment he's cowering in a closet.

But holy chicken this is embarrassing.

The Canadian government is being criticized for digitally pasting its "Canada" logo onto a photo of the Canadarm2 robotic arm that appears on federal government websites.

The Canadian Space Agency says the use of the photo was a mistake that the government is taking steps to correct.

And this is HUMILIATING.

CANADIANS are known for humility. But leave the Earth’s surface and you'll find the country’s ego somewhere up in the thermosphere. Canada’s government websites use doctored photographs of its contribution to the International Space Station to call special attention to itself.

Of course, countries have long fiddled with photographs to present an image of grandeur. But the tactic of fairly ham-fisted airbrushing used here seems more reminiscent of North Korean propaganda posters than of Western democracies' typical PR efforts.

Because now they're LAUGHING at us all over the world... 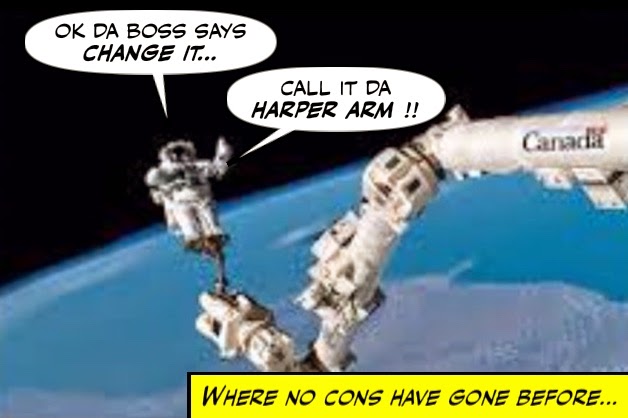 And I blame Boss Harper for teaching his cult followers that lying isn't bad, unless you get caught.

And wouldn't you know it eh? That fake picture was all over their Porky Action Plan site.

While the photo appears on federal government websites, including a page on its Economic Action Plan, and Citizen and Immigration Canada's "Discover Canada" page, the Economist notes that its availability on the internet has caused it to appear on sites as far away from Austria, South Korea and India.

The Con artist site if ever there was one...

Where they run ads claiming that they have a great Job Grant program, and then have to pull them because the claim was FRAUDULENT...

There was no Job Grant program. There were no jobs.

Oh boy. Once upon a time I was proud to be a Canadian. Back in the days when we were known as the decent Boy/Girl Scouts of the world.

And all I can say is we won't be honest and decent again.

Until this grubby Con artist is defeated.

And sent to the place he belongs.... 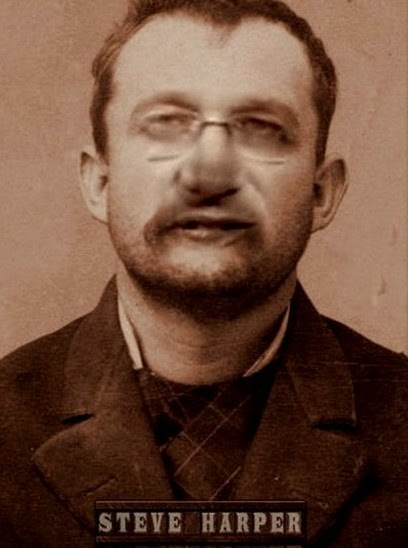 Hello Simon.....Here`s another Stephen Harper whopper lie that all the mainstream con-sucking media missed, or is that ignored.

I'd like to send harper and his cons somewhere, perhaps the moon. Just as long as harper and his herd leave Parliament, leave us the hell alone, just can he not go, he is a failure as a P.M. Time for that walk in the snow and leave. perhaps he can go sit on an ice flow and float down to Florida. I'm sure he'd be happier there. They're more his type down there, you know republicans.

.. the Canadarm needs an airbrushed 'The Harper Government' layered onto it..

That's good ! That's how we can recognize Stephen Harper's 'canada' .. and that its his.. all his.

You know what I'm waiting for? A few months before the election (an EARLY election to avoid the embarrassment of the Duffy trial?) Harper will announce emergency measures to take over the CBC because he says it is filled with Ghomeshites, pinkos, marijuana users, and anti-income splitting terrorists, rebranding it as the "fair and balanced" Conservative Broadcasting Corporation. 8-)

This isn't Harper's Canada, he sold Canada to Communist China, as of Oct 1/2014. Harper and his cabal cheated to win the last election. I doubt Del Mastro nor Sona will ever see the prison cell they belong in. After all? Nigel Wright did aid, abet and payed the money for a corrupt Senator, that was stealing our tax dollars. The RCMP let Nigel Wright off his crime.

Harper and Jason Kenny are bringing over cheap foreign labor, for the wealthy resource barons to exploit. Every time the resource barons line up at the trough and squeal for more money? Harper gives them another, $60 billion in tax reductions. Harper steals from us, to give to the wealthiest outfits in the world.

Harper was not requested to play a bigger role in this war against ISIS. The US said, they did no such thing. Harper forced his way into this war, trying to make himself look a hero. Harper said Bibeau was a terrorist. Bibeau was a deranged Crack Cocaine addict who ranted and raved over Harper's foreign policies. What set Bibeau of was, he was trying to obtain a Passport. First he was going to shoot people in a mall? Then decided to go to the source of his rage, which was the Parliament building and shoot people there, instead of the mall.

I can't tell if you are serious or not.

In any event, support the Friends of CBC:

No David, I was not serious.