Stephen Harper and the Big Business of War 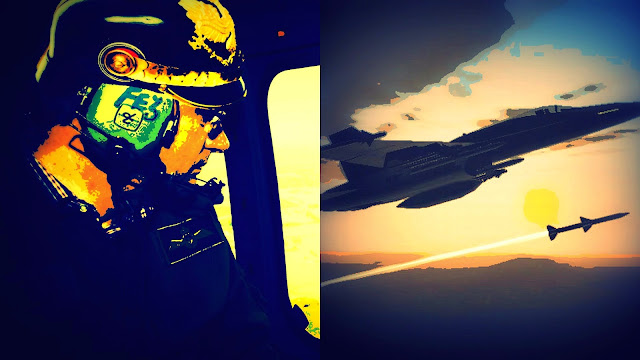 In the fog of war there are some things about Stephen Harper's plan to use airstrikes to defeat the ISIS crazies that are already abundantly clear.

One, they make him look as if he's taking decisive action, even though so far they are proving notoriously ineffective.

Two, they are REALLY expensive.

In a crazy sort of way.

And three, so far the only clear winner is the U.S. military industrial complex, and Harper's really good friends at Lockheed Martin.

“As we ramp up our military muscle in the Mideast, there’s a sense that demand for military equipment and weaponry will likely rise,” said Ablin, who oversees $66 billion including Northrop Grumman Corp. (NOC) and Boeing Co. (BA) shares. “To the extent we can shift away from relying on troops and rely more heavily on equipment -- that could present an opportunity.”

Which must please him greatly because he's always had an indecent crush on that company.

For who can forget his obsession with the flying turkey known as the F-35? 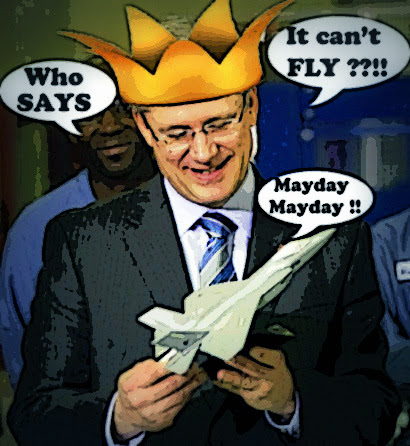 Or how he gave Lockheed Martin the contract for our census.

Despite its notorious ties with the CIA. And it's other obligations.

As a result of the USA Patriot Act and the USA Homeland Security Act, all US companies and their subsidiaries wherever they are located are required on demand (on pain of heavy penalty for refusal), to release to the US Homeland Security all data held. No foreign law (i.e., Canadian) overrides the application of the USA statutes in the USA.

And there he was again the other day, intervening to give an almost billion dollar present to his favourite company.

Prime Minister Stephen Harper settled a dispute between Treasury Board and the Defence Department to approve an $800-million, sole-source purchase of next-generation Sea Sparrow missiles for the Royal Canadian Navy’s aging frigates, sources familiar with the situation say.

The upshot, if the decision stands, is that the Lockheed-Martin Raytheon group, which is vying for billions in contracts in the building of systems for Canada’s soon-to-be-built new navy, will once again have the inside track in a major defence procurement, with no competitive bidding process, as occurred in the F-35 affair.

After making sure that even though there were other options...

Until roughly half a decade ago, Raytheon’s Sea Sparrow missile was the undisputed technology leader in ship-borne missile defence systems. However in recent years European-based MBDA has shot ahead and now has technology equal to Raytheon’s, sources say.

The process was FIXED.

The request for $800-million ($200-million for development and an additional $600-million to buy and integrate the missiles) is to be sent back to Treasury Board, with assertions that this purchase will have no bearing on the fire control systems and missiles in the next-generation frigates, being built under the Canadian Surface Combatant program.

“At the end of the day, the thing is a complete charade,” a source said. “If they actually went and did this and invested the better part of a billion dollars, are you going to move to another missile system at that point?”

And it's all a complete charade, just like Harper's War.

Which at the end of the day leaves me with only three questions.

What does the CIA know about Stephen Harper that we don't?

Whose side is he really on? Our side or Lockheed Martin's?

And of course the really big question:

When can we get rid this yankee TOOL? 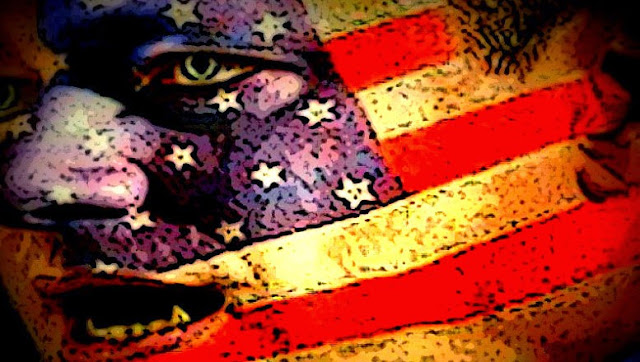 And get ourselves a REALLY Canadian Prime Minister.

For the safety and sovereignty of our country.

The question as always, is: "Who are we going to kill with these weapons of mass destruction.?

Harper will employ his typical misdirection schtick during next year's election campaign. He will crow about balancing the budget, but say nothing about the over $600 BILLION debt his regime has racked up since 2006.

"Pay no attention to the debt behind the curtain!"

hi Hugh....yes you're right, the Cons never talk about that, all they are ever interested in doing is for short term gain. If they hadn't water so many millions on the porky little projects, the deficit would have been eliminated long ago. Say one thing and practice the other, not just rabid ideologues, but also hopelessly incompetent...

hi Ray...yes indeed. And why are we risking killing innocent civilians when bombing alone won't stop the bad guys...

hi David...yes, they will try to turn a hog's ear into a silk purse, and repeat their Big Lies in the hopes of brainwashing us into believing that they know what they are doing. My hope is that most Canadians know them too well to be fooled.But you know what they say. Fool me once shame on you, fool me twice shame on me. If Canadians do allow themselves to be fooled again, they will deserve what they get...

All that money for bombs for an outdated plane. Now that sounds like good con planning practises. Of course there isn't any money for Armed Forces personnel and Vets to receive decent mental health care, but hell, they're of no use to harper any more. Those rather phallic looking bombs must make him feel so...........whatever.

I suspect he now thinks the big boys will let him play with the planes and go to war games, you know killing people. Oh how much fun that is. They're only Arabs and Muslims to boot, so let them die. I'm sure stevie is good with that.

Unfortunately this total disregard for human life is simply another e.g. of why harper needs to be gone from government and take his war machine with him.

Currently we have Turkey waiting for ISIS/IL to kill as many Kurds as possible. Turkey knows as a member of NATO, NATO will have to defend them once ISIS/IL turns its guns on them. So in my opinion all harper is doing is ensuring the genocide of Kurds so Turkey can get rid of what they consider their ethnic problem. Sort of how harper and his herd deal with First Nations people in Canada--yes I'm talking about the still missing/murdered 1,200 First Nations Women. All the money in the world to spend on wars and not a nickel to find out who is murdering First Nations women. Way to go stevie!