Leona Aglukkaq and the Ratty Trouble With the RCMP 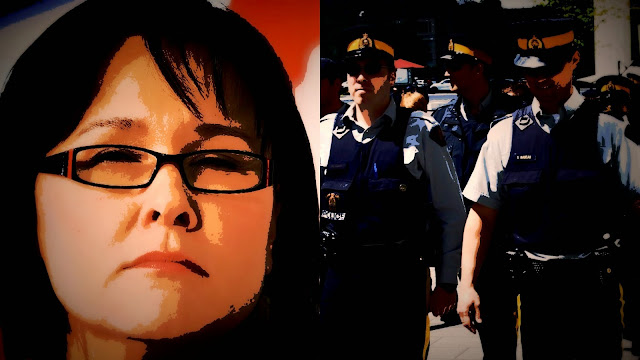 We already knew that for almost five dismal years Leona Aglukkaq was the worst Health Minister this country has ever known.

Having done absolutely nothing to improve our medicare system, preferring to let it wither on the vine, while embarrassing us at conferences all over the world.

We know she's worst and most shameful Environment Minister in the history of any country. A climate change denier, from the Arctic.

But who knew she was also one of the most aggressive pit bulls, or attack chihuahuas, in the House of Commons?

She doesn’t look it, but diminutive Environment Minister Leona Aglukkaq is a partisan pitbull. She’s reputed to be the meanest heckler in the House of Commons, to the point where she was basically told to shut up by the Speaker on Monday.

Or that she now apparently believes that she's also the Public Security Minister, who can order the RCMP to put the rat back on their heads.

Scrapped is the conversion to fur-free toques, which were chosen after months of careful study. The muskrat in the hat is back.

But then she's never had any respect for any kind of studies... 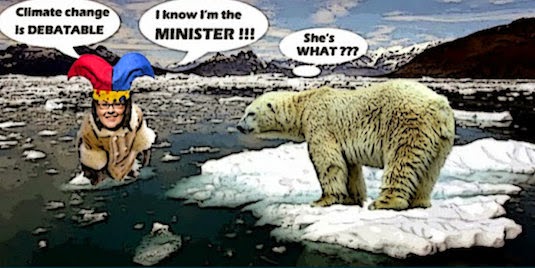 She was just reading the lines the PMO gave her, as she always does.

And as Don Martin points out, this ratty little episode is instructive:

Firstly, it shows the once-proud force can’t even dress itself without government permission.

Secondly, it says something when the government’s environmental advocate salutes fur trappers while dismissing defenders of the lowly muskrat as “radical animal rights activists”.

Finally, it proves Conservative sensitivity is so acute nowadays that any lobbyist representing right-wing voting blocks has the clout to dictate favourable policy changes.

And as Stephen Maher points out it's also another sign of a far greater problem: the way the Harper and his Con regime are running the RCMP. 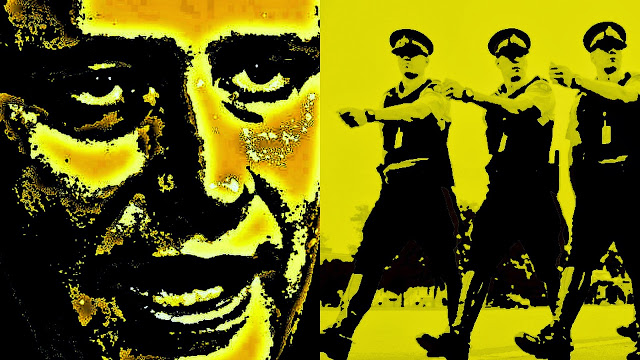 There is something deeply creepy about this government’s relationship with the Mounties, going back to the 2006 campaign, when the RCMP announced that they were investigating then-finance minister Ralph Goodale for leaking tax info, something he didn’t do.

Their record is questionable. Their appointments are dubious.

After taking office, Stephen Harper put William Elliott in charge of the force — the first civilian to hold the job, which is creepy in itself because he was a former Conservative staffer.

And their new communications protocol has only made things worse.

While Elliott was leaving, and Bob Paulson was getting ready to take the job, the government brought in a new communications protocol requiring the Mounties to send notifications to the minister of public safety whenever they do anything that might garner attention.

This has allowed political staff, likely acting on instructions from the Prime Minister’s Office, to boss the Mounties around.

It has left the country's police force in the hands of Harper and his gang of dangerous fanatics, who are slowly turning it into the PMO Police.

And since we know that those fanatics are capable of ANYTHING, we're all in danger.

Yup, forget about Aglukkaq, nature will take care of her.

She'll go down with the melting ice. 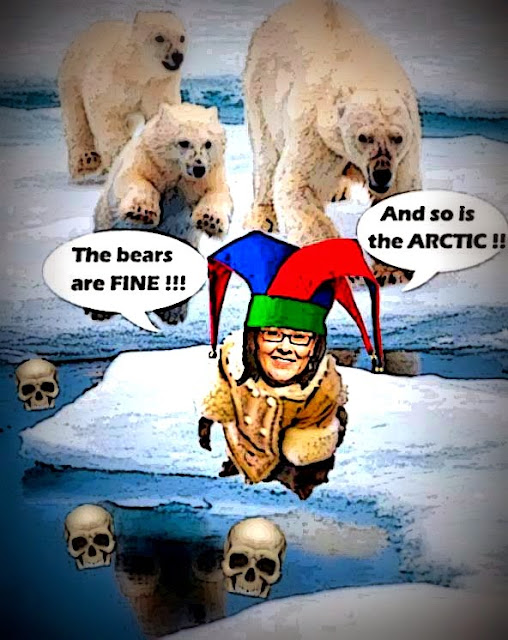 Forget about the ratty hats.

It's the price of being Canadian eh?

Worry about where Stephen Harper is taking us.

And about the Con rats in our Parliament... 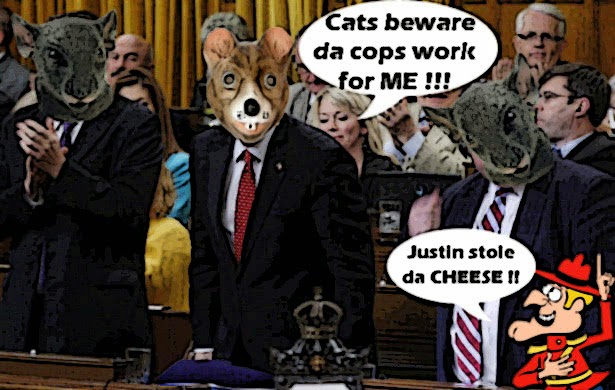 when harper and his herd came to office the RCMP's autonomy went out the door. From appointing political hacks to forcing them to be run by the "little shits in short pants" crime has had a field day. too bad the RCMP can no longer act as a police force, which represents all Canadians. now its just another arm of the harpercons. Just like all those other police state dictatorships. Reminds me of Russia and Putin or China and all of their "great/dear leaders". The sooner this clown and his rabble are booted off the country stage, the better Canada will be.

while harper and his herd have been in office there has been about 300 people sign a class action lawsuit regarding bullying and sexual harassment while employed by the RCMP. What has been done about that? Ya, right, its before the courts, no comment.

No wonder harper and his cons don't want a national inquiry into the missing/murdered First Nations women. They might have to examine how the RCMP treats the women who work for the force. If a police force has 300 people complaining about bullying and sexual harassment how can they be fit to deal with murder cases, involving women?

The ice is melting....her as prime minister is a revolution waiting to happen . Id revolt and have to chane my name.