Stephen Harper and the Buying of the Next Election

It was one of the most bizarre photo-ops I have ever seen. Stephen Harper at a sports centre in Whitby, Ontario with children playing in the background as if he wasn't there.

Clearly having been told not to look at Harper and his large entourage to make the staged event look spontaneous.

Just another day in the gym with Big Daddy to take care of them.

But it was the look on his face that sent a chill down my spine...

For it betrayed his ruthless desperation. And that cuddly photo-op was nothing less than the beginning of his campaign to buy the next election.

Prime Minister Stephen Harper announced the government will immediately double the size of the Children’s Fitness Tax Credit, a sign the Conservatives are prepared to cut taxes well ahead of the 2015 budget.

The Prime Minister said the tax credit will take effect in the current 2014 tax year – even though he said last week that the government still expects to post a small deficit in the current fiscal year.

So some Canadians can start claiming their deductions as they fill out their tax forms, just as the troops coming marching home, just before a Spring election, just before the Duffy trial.

And what makes it even worse is that today was also the day when we found out how Stephen Harper was able to announce two weeks ago that the deficit had suddenly, magically, almost disappeared... 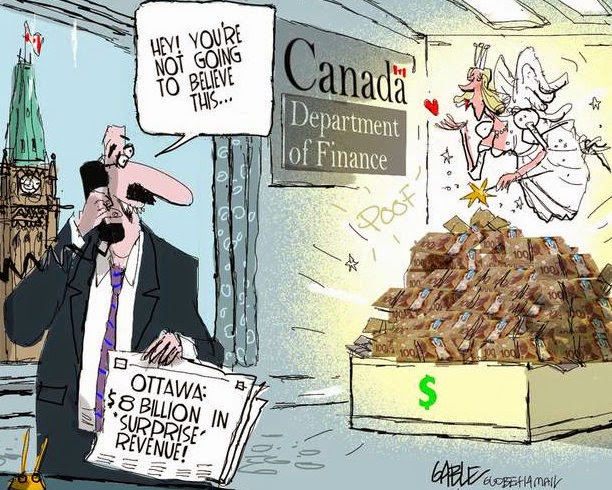 The day when we found out where the Cons got some of that extra cash to bribe the population.

The federal government’s handling of employment insurance will reduce job creation by 9,000 jobs over the next two years and force Canadians to pay $4.5 billion more in EI premiums than needed, the parliamentary budget officer says.

In an analysis of Finance Minister Joe Oliver’s recent decision to freeze EI premiums at a rate higher than needed for the EI account to break even, the PBO says the move will contribute significant extra revenues to Ottawa’s plan to run budget surpluses in the next few years.

And yet another day when those incompetent tax slashing ideologues revealed why they are unfit to remain in office.

The study also takes aim at Oliver’s recent decision to reduce EI premiums for small businesses, which will cost Ottawa $550 million over two years. The PBO estimates this move will add only 800 net new jobs in the economy between now and 2016, which means the jobs are being created at an average cost of $550,000 per person year.

And why Joe Oliver is no economist, and neither is his depraved leader... 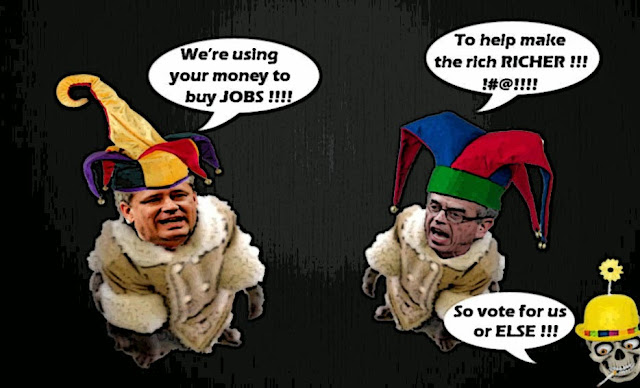 But of course, there is method to this madness.

For not only is Harper trying to buy the next election. By handing out tax cuts in a hurry he is also ensuring, as Linda McQuaig points out, that even if he is defeated his successors will be left with no money for national programs.

A phalanx of right-wing think tanks is gearing up to ensure that, after years of cutbacks and austerity, ordinary Canadians don’t get any wild ideas about spending that surplus money on national programs that would greatly improve their lives — programs that could, for instance, provide them with affordable access to universities, child care, home care, public transit, adequate pension benefits, a pharmacare plan, unemployment insurance benefits that are actually available to people who are unemployed, etc …

Doing that is always easy when Ottawa runs big deficits — harder when there’s a surplus. The trick is to make surpluses disappear quickly by doling them out in tax cuts — before there’s time for a serious national debate about what the electorate actually wants to do with their money.

No money to help the unemployed, the sick and the vulnerable.

And that at a time when the world economy is shuddering, stocks are tanking.

As is the price of oil and the dollar.

And the sun may be setting on Canada's age of prosperity... 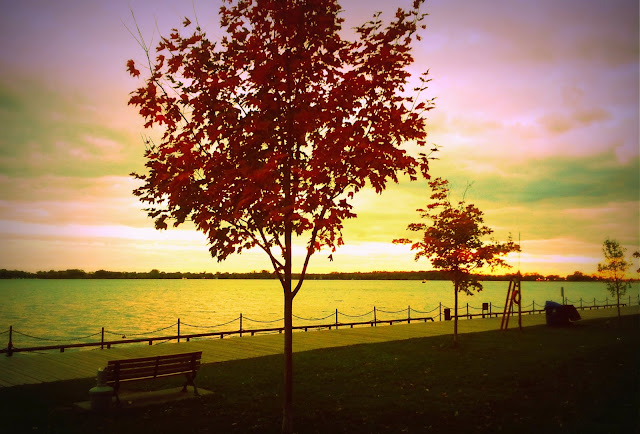 You know, as I walked home last night down the deserted boardwalk, past the little maple tree now showing its colours proudly.

I couldn't help wondering whether Canadians will allow themselves to be bought so cheaply.

Once I never would have thought that was possible.

But almost nine years of Stephen Harper's diseased rule have changed this country. Made it a crasser, more selfish, greedier place. So I suppose anything is possible.

They will end up in a cruel Canada, in a place they don't recognize.

In a nightmare of their own making... 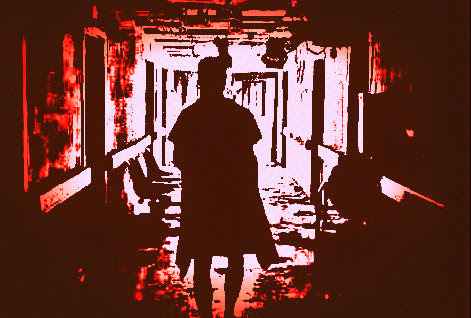 I thought it was hysterically funny, if it wasn't so pathetic, that 'photo op' where he went droning on about what a great family man he was, and how he supported sports for kids, blah blah blah...meanwhile back at the ranch (Parliament) Emperor Steve was having his new 'no freedom of the press, except for us to appropriate stories freely"' routine castigated, to little effect, by the opposition, but I'm sure the Supremes will have something to say about it..they will be so busy dumping on all Harper's neo-fascist attempts to subvert our democracy they won't have time for much else..is this guy crazy or what? Next he will force the media to be censored so only his message is heard..or he will try to..this, in effect, is what this new 'rule' is meant to accomplish.

Mulcair will slapchop Justin into lil' bits in Quebec and Harper will do the same in the RoC. Sane Canadians will not vote for another PM from the have-not nation of Quebec being fed $8 Billion annually and perpetually in equalization payments from AB, SK and NL..!!!

Dream on anonymous. The Harper cons are dead men walking. Canadians have had more than enough of them.

hi mizdarlin...you know the best part was that the CBC went live to the scene before Great Leader arrived, so you could see the Con operatives preparing the stage, including placing tele prompters in at least two places, so Harper could read his lines and still look spontaneous. As for whether Harper is crazy, I understand he has some good days, but they are few and far between....

hi anon 4:56 pm...Slapchop? Is that the cheap plastic kitchen product they are always flogging on Sun TV, along with the one for the The Baconizer? Because if so may I suggest you're watching that channel too much. Stephen Harper isn't just going to lose he's going to be crushed and humiliated. And it will be at least FIFTY years before we elect another Prime Minister from Alberta....

A vote for Justin is a vote for ISIS jihadi terrorists... both in the ME and in Canada!!!