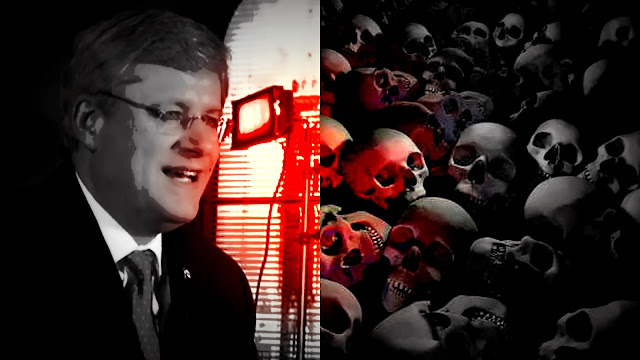 Well he's got his war, tomorrow's debate and vote in the House of Commons will be a mere formality.

But then he'll have to sell it, and that won't be easy.

Because he won't be able to claim that the Americans asked us to participate, since we now know he begged them to let him play with the big boys.

So he will have to use FEAR.

And as I pointed out last night that's exactly what he's already doing....

Trying to make it sound like we're facing a deadly threat, and that we need a Great Strong Leader like him to stop the ISIS crazies from beheading us in our beds.

Which if you remember had poor Michelle Rempel not so long ago bravely declaring that she felt secure in her bedroom... 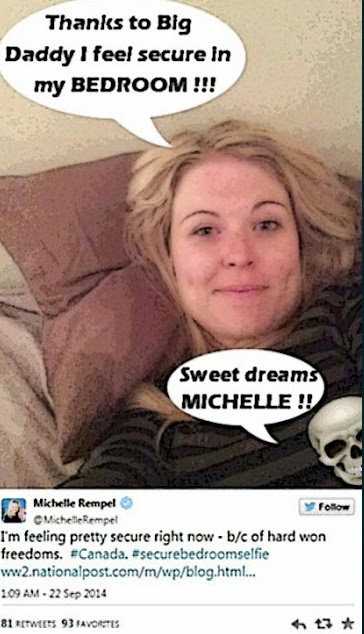 Until Stephen Harper cranked up the fear factor, and no doubt let her know that fear means NOBODY is safe... 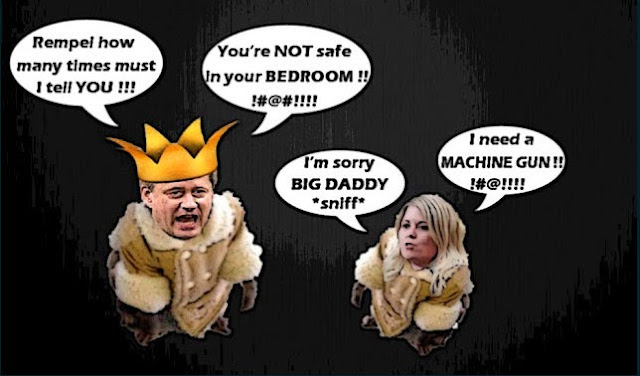 Which was at least half true, because as I also pointed out he isn't making our lives safer, he's making it more likely that the terrorists will attack us.

In the confusion of the multiparty civil wars racking Syria and Iraq, it is difficult to say that Canadian intervention by means of air-delivered weapons is likely to make our targets less rather than more interested in finding Canada on a map, or less rather than more likely to radicalize a few misguided young men here at home.

But then Great Leader has another problem. He needs to scare Canadians to get them to support Harper's war.

He knows he has their support for now, but that he can't count on it for long, unless he can keep the fear factor going.

And the problem is he also needs to reassure them at the same time, because they are already anxious. 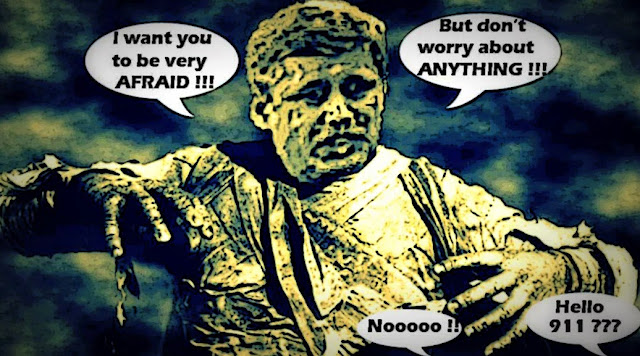 Wages are going down, unemployment is getting worse, the stock market is shaky, the dollar is tanking, and the housing market is teetering on the edge of a major correction.

And if he tries to scare Canadians even more, he's only likely to drive them away from him in even greater numbers.

By an almost 2-1 margin (47-27), Canadians describe themselves as “liberals” rather than “conservatives.” If a “big shift” has occurred, it is toward progressive rather than conservative approaches. If that analysis is correct, the Conservatives have a lock on their core vote, but not much room to grow.

Especially since for a majority of them government makes them feel safer, and he's trying to KILL it.

If middle-class anxiety is indeed the bull’s-eye of politics, and if middle-class voters fear that the future will be worse than the past for them and their children, there is a Conservative narrative that lower taxes and less government will bring them relief from those anxieties, while the Liberals and NDP will counter that government can be a better elixir for their concerns and fears.

The outcome of next year’s election will fundamentally depend on the outcome of that debate, which the Conservatives are currently losing.

So how will Stephen Harper scare Canadians while making them feel safe in their beds?

I have no idea, but it should be HILARIOUS... 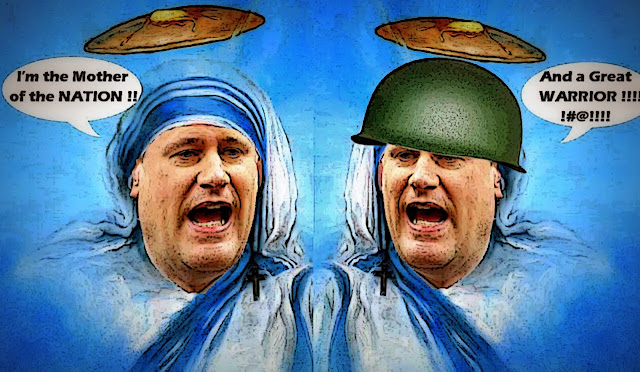 And of course it won't work.

He needed to soften his image more than anything else, but now he can't do that.

He may think Harper's War will help him.

But it will only help finish him off...

Simon, Why did you choose Noddy as your profile pic ?

hi hinofan...the only reason Noddy is up there by himself is that I accidentally erased my original profile pic a couple of weeks ago, which had Noddy as the man in The Scream. Which after reading your note I made again and restored to its rightful place. I can't remember why I chose that image, it was a quite long ago. But probably because I want to project a smiling optimistic face even in this crazy world. And of course because I like toques... ;)

Noddy was my first ever hero.
Your Noddy Munsch is entirely appropriate considering what Harper and his gang are doing to Toyland.
Appealing the refugee medical ruling was the last straw.
I hope Mr Plod comes soon to see off those nasty Harpixies !!
Keep up the good work!

The only one who seems to be doing harm to me and mine is harper and his herd. They are the ones who signed trade agreements with any two bit dictator around. All of them have diminished our sovereignty. The loss of sovereignty, the long gun registry and my medical system will do me and my country more harm than ISIS. ISIS has trucks which don't float. Their calls for "attacks' on Canada, I have more of a chance of being murdered while walking around Surrey, B.C. than I do of being murdered by an ISIS fighter. If harper is really so concerned about be-headings could he have a chat with the rulers of Saudi Arabia and tell them to stop the be-headings. There have been about 59 so far this year.

Lets all remember 1,200 murdered/missing First Nations women in the last 30 yrs in Canada. So how many people were murdered by "terrorists" in Canada?