Rick Mercer On Why the Con Speaker Should be Fired 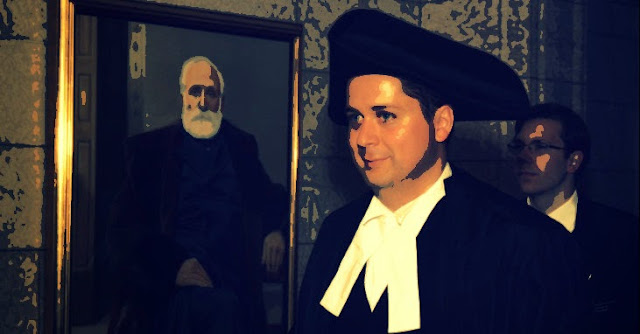 As you know I'm not a big fan of the Con Speaker Andrew Scheer. I blame him for allowing our Parliament to be turned into a fascist circus, or a dog and pony show.

By allowing the Cons to get away with never giving a straight answer to any question, and for always tilting the same way like the Tower of Pisa. Or in his case the Tower of Harper.

In fact, I recently wrote I think he should be fired.

And now I see so does Rick Mercer...

Yup. Replace him with a bag of flour.

Or reprogram this Con robot... 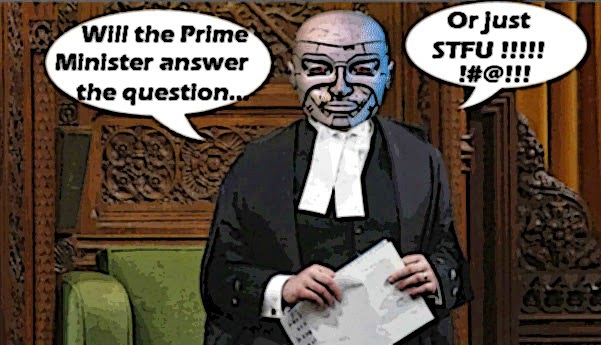 And take our Parliament back...

Rick Mercer is worthy of admiration because he's never afraid to say it like it is. I hope that his bringing up this extremely important matter to the public via his show will bear fruit. Thank you, Simon, for posting about this! People need to know that Andrew Scheer has been making a farce of Parliament and that it has to stop! He's just too well paid for doing nothing but acting like a buffoon! I had no idea so many perks came with his job until Rick brought it up and exposed him for what he is! Andrew Scheer's behaviour is an insult to the Canadian people he is supposed to be serving.

In the UK, in order for someone to be appointed Speaker of the House, he must first resign from his political party membership. Not so in Canada.

I'm sure he is being "watched"! haha Gotta love his rants!

hi anon...yes I agree Rick Mercer does say it like it is, in the language everyone can understand. I've been shocked at how so many in the MSM have allowed Scheer to get away with so much for so long. When he is clearly out of his depth, he belongs to the religious right of the party, and every single timev he is called upon to make a serious ruling, he somehow manages to come down on the Con side. I hate to say this but the Speaker should be older and wiser...

hi David...I didn't know that, but it does make all the sense in the world. Right from the start it places him or her above the fray and gives the position the dignity it deserves....

Its guys like Rick Mercer that is prompting the cons to cut CBC to nothing. They hope once the Corporation is a shadow of its former self, they can rule forever. Unfortunately they may have just pissed off big media with their latest proposals to steal their work product.