The Assault on Democracy: When Fear is the Enemy 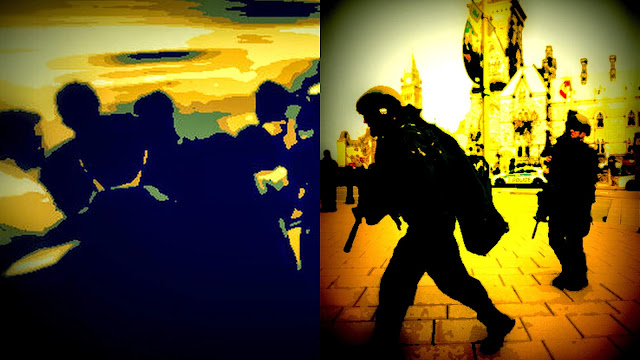 It was for me strangely enough, the most terrifying moment of a nightmarish day. Standing in a crowded subway station, waiting for a train to take me home, watching the fear on people's faces.

It was only a few hours after most of them must have heard about, or seen what had happened on Parliament Hill.

So I can understand why they were so deathly quiet. Many were probably still stunned by what they had seen. Or the idea that it could happen here.

And the announcements on the PA system didn't help. "Due to the events in Ottawa and Quebec passengers are asked to report any suspicious activity or any packages left unattended."

But still, when I saw the fear on the faces of so many I felt like shouting: "Don't you understand that your fear could cost us our country?"

And when I got home, after a train ride that had me thinking of this nightmare... 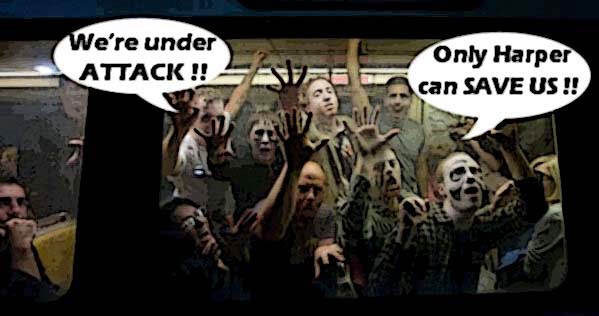 And I read what some in the MSM were saying: solemnly intoning like hanging judges that "Canada has changed forever."

I was filled with despair that slowly turned to anger. Because I don't believe that for a minute.

For the day we allow some deranged gunman, or some ISIS wannabe from small town Quebec, or just two pathetic losers like these... 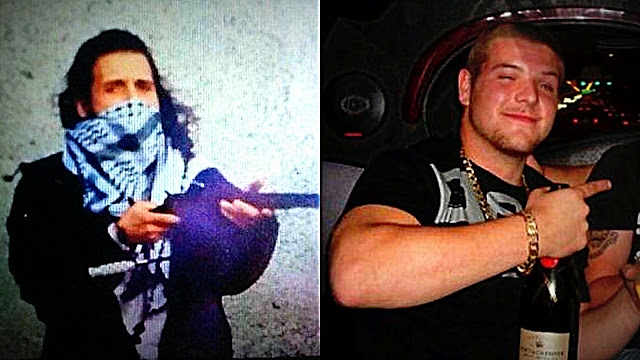 To scare us, and change our Canadian way of life, is the day we lose our last shred of self respect.

It's the day the crazies WIN.

And so does Stephen Harper... 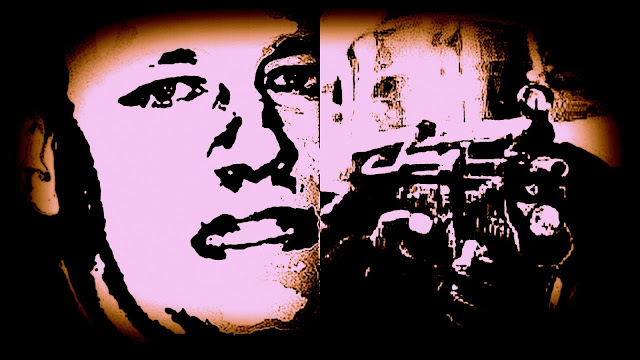 For he would change our Canada beyond recognition. Nothing would give him more pleasure. He would use the climate of fear he has helped create, to try to win the next election, and turn us into a police state.

It isn't hard to see where he would take this country.

“We will not be intimidated. Canada will never be intimidated. In fact, this will lead us to strengthen our resolve and re-double our efforts, and those of our national security agencies, to take all necessary steps to identify counter-threats and keep Canada safe, here at home.”

He must be drooling into a bucket. And a man who has brutalized our democracy like he has, cannot be trusted to defend it.

So we must not allow fear to cloud our judgement, and play into his hands, or surrender to the loser terrorists. As Martin Regg Cohen writes the democratic show must continue.

When the heart of our democracy is targeted on Parliament Hill, it’s impossible not to watch and worry — which makes the potential fallout far greater. The risk is that we will overreact with security clampdowns and lockdowns that are difficult to roll back when the threat subsides.

Terrorists will never be an existential threat — our Parliament and our parliamentarians are too deeply rooted to crumble in the face of a few bullets or bombs. The greater risk is that we will hunker down with over-the-top security precautions that pose a more insidious menace to our open society.

And as even the crusty Con editorialists at the Globe and Mail recognize, after the attack we're STILL Canada. 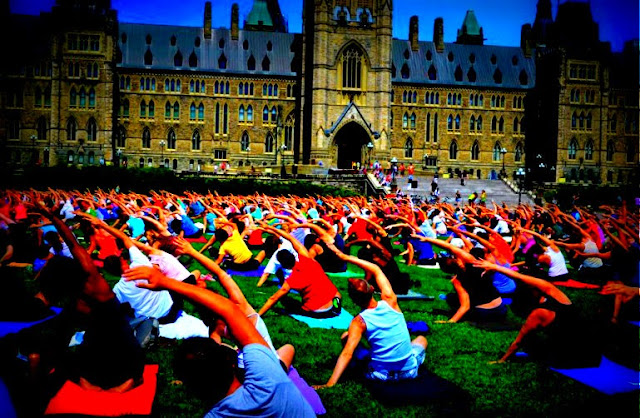 And that's still OUR Parliament.

In light of this week, Canada may have to change. But whatever changes we choose to make should be done carefully and calmly, with an understanding of the limited scale of the threat, and the nature of the tradeoffs between freedom and safety.

Canada isn’t going anywhere. Nothing about what makes us, us, is “over.” We have had a bad week. There is much loss to mourn. But we are still here. We are still standing. The True North remains, strong and free.

Yup. That old saying one of my Nazi-fighting grandfathers made me memorize when I was a boy, has never sounded more true:

The only thing we have to fear is fear itself.

And the only thing I wish is that he was here today, so I could tell him I am not afraid Grandad. Or even better WE are not afraid.

We will not allow Stephen Harper to use fear to steal our freedoms, that so many gave their lives to preserve.

We will defeat him and his sinister regime.

And enough of this fascist bullshit.

We WILL keep our Canada... 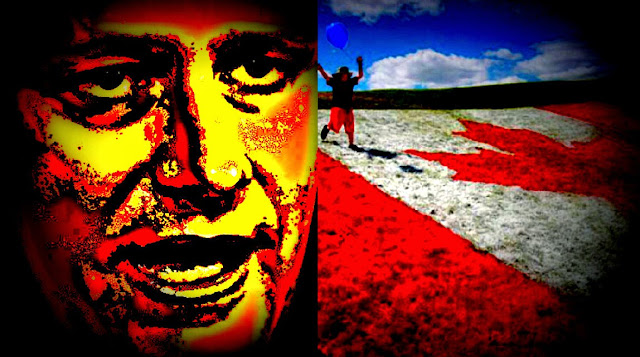