Harper's War and the Rise of ISIS 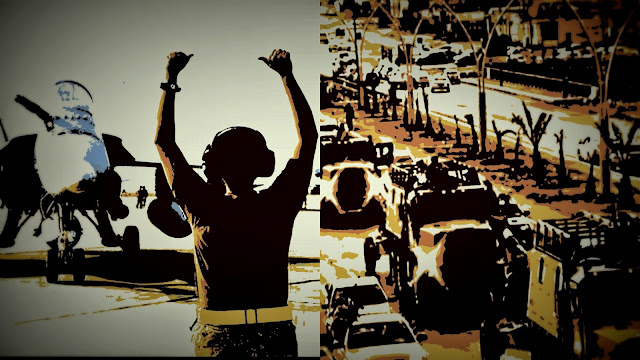 Back in my teenage days when I was studying martial arts and fighting a lot, I tattooed this famous Sun Tzu quote on the back of my right shoulder:

"Know your enemy and know yourself and you can fight a hundred battles without disaster."

Which I deeply regret now along with so many other things.

But with Canadian warplanes maybe only hours away from beginning to bomb the ISIS hordes.

It's probably a good time for all us to know the enemy.

And ask ourselves questions like, where did that masked army spring from? How did they become so powerful so quickly? What on earth is going on in that bloody madhouse?

And of course, to what hellish place has Stephen Harper aka Great Strong Leader taken us?

In his never-ending pursuit of another glorious photo-op.

The Harper government at first called the staging base “Camp Canada,” but sources say using this name is now being discouraged because the Kuwaiti hosts are leery of highlighting a Canadian presence in the Arab country. “They want to make it clear this not Canadian territory; this is their territory,” one source said of the Kuwaiti government.

And in that regard, this excellent PBS documentary The Rise of ISIS couldn't be a better or more chilling primer. 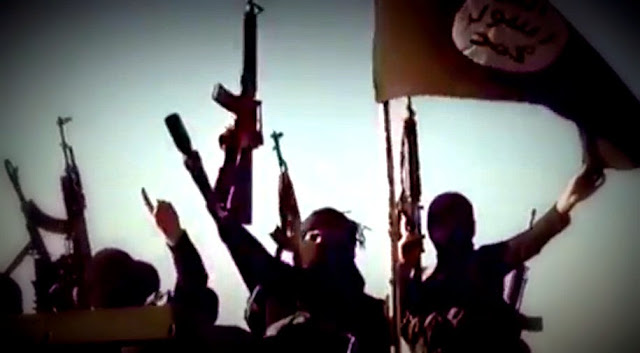 Because when you watch it at least some things are blindingly obvious:

(1) There is no military solution, at least none we can provide, without sending in troops to fight on the ground, and getting embroiled in a religious war.

(3) If we attack the Sunnis and their ISIS allies sooner or later some of those fanatics will almost certainly strike back at Canada. We'll be attacked by real terrorists.

And Stephen Harper will use that to complete the process of turning us into a police state... 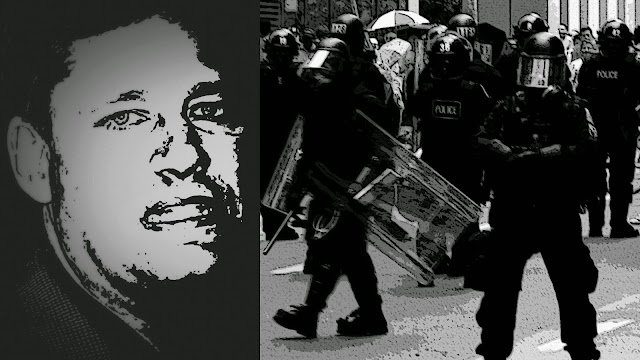 After having made our lives more dangerous not safe.

Yup. Know the enemy, know yourselves, know the Cons.

Know that their mad leader is leading us to disaster...

The enemy is our friend.

This isn't our war. We ought not to be there. The sooner we get out, the better. We simply can't afford to loose more members of the Armed Forces, or did someone forget all the dead from stevie's last couple of excursions into the middle east.

The problem needs to be solved in the middle east by people in the middle east. right now its just all about various corporations giving their latest weapons a test run. while the Americans are using their resources abroad, their citizens are being denied the right to vote, to adequate health care, education, personal security. Hell some of those American cities look as bad as Baghdad. You'd think they would do something to fix their own country before its too late and they have ISIS forming groups there to simply enable their own citizens to hang on to the little they have left.

In Canada, well harper and his herd just like to play cowboy and muslims. We all need to remember harper hid in the closet when the gun shots rang out. Then he left the area when his security people came to "rescue:" him. He's a coward. If he can't stand being shoot at he should not be sending our Armed Forces to someone else's fight to get killed. Its not as if Canada provides adequate care for it wounded Veterans.
Get out of the war on ISIS, its not Canada's war. its no American's, its not Europe's war.

if they want to do something, help the refugees. but we don't see much of that either. So we can safely conclude this is all about making weapons companies rich,