Stephen Harper and the War on the Supreme Court 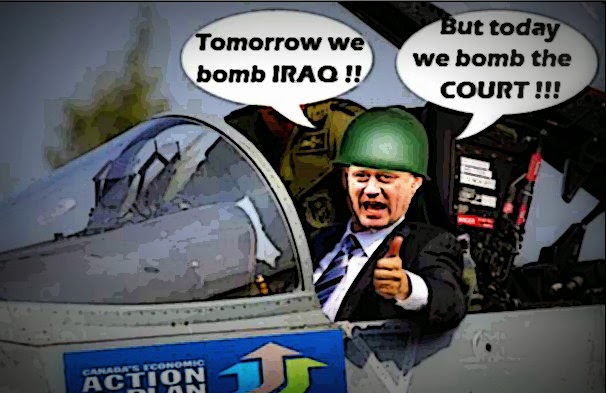 It seems only fitting that at a time when Stephen Harper is preparing to bomb Iraq, in the name of democracy and the rule of law.

And to save us from being beheaded in our bedrooms.

That another of his bombs should be landing on the Supreme Court.

The first judge in a decade to join the Supreme Court of Canada without any parliamentary scrutiny takes his seat Monday, just in time for a fall session featuring important cases on assisted suicide, religion in the public sphere and an Ottawa-Quebec dispute over gun-registry data.

Justice Clément Gascon of Quebec is a commercial law expert with little background in criminal law. No selection panel of parliamentarians put his name on a shortlist. No public hearing was held in Parliament about his appointment. And Prime Minister Stephen Harper did not cite any of his rulings when he named the 54-year-old Montrealer to the court.

In his never-ending assault on that last bastion of Canadian values.

And the Chief Justice... 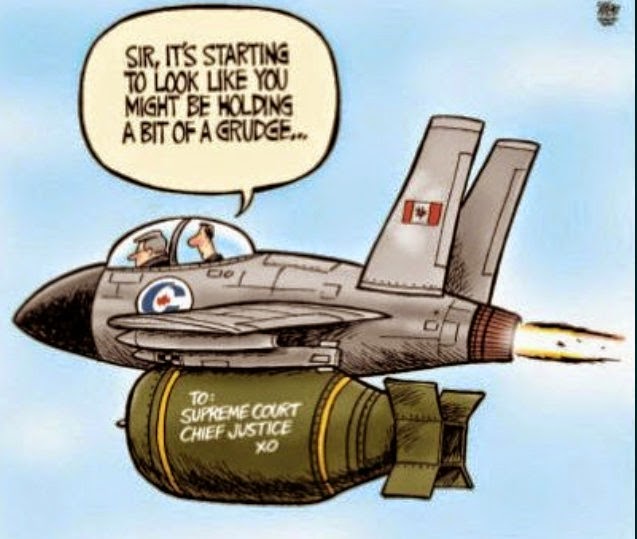 Because while Gascon appears to be better choice than Harper's last appointee Marc Nadon, who was chosen for the sole reason that he was the only Canadian judge to have ruled against Omar Khadr.

He also has a history the Cons must have seized upon... 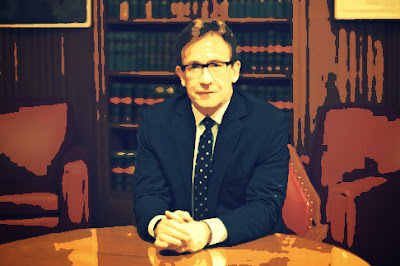 A former labour lawyer with Heenan Blaikie in Montreal who worked for the employer side, he ruled against the unions in a major 2003 challenge to federal employment insurance.

Especially as they prepare to wage war on the public service unions.

And the worst thing about Gascon is that he is a slave to precedent, he will not change with the times, and in the next twenty years that we are now saddled with him he will help diminish the Court or condemn it to mediocrity.

Which is just what Harper wants.

For if once he tried to bully it into submission with his grotesque attempt to smear the Chief Justice.

And his crude threats... 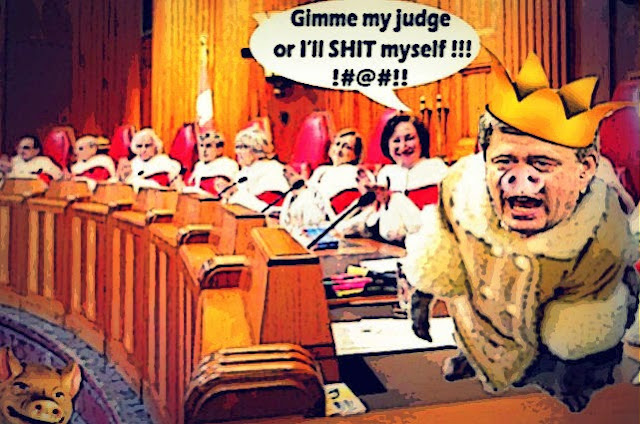 Now he literally doesn't give a damn.

“One of the byproducts of the Nadon fiasco is ‘we’re going to blame the process, instead of looking at ways to fix it. We’re just going to appoint whoever we want.’ There’s no sense of the considerations that fed into the government’s ultimate pick,” University of Ottawa law professor Carissima Mathen said.

He'll do what he wants. If he can't destroy the court, he'll reduce its stature, or demean it like he demeaned the Senate with his rotten appointments.

And what makes all of this even more appalling, is that Harper had a much better candidate than Gascon or Nadon, but went out of his way to make sure she was not appointed.

The most impressive candidate from the Court of Appeal was Justice Marie-France Bich, a former law professor, who was valued for her strong judgments and her streak of independent thinking. But was she sufficiently conservative?

The strategists at PMO/Justice could not ignore Judge Bich. They put her on their long list, but made possible for Harper not to appoint her by loading their long list with the names of no fewer than four members of the Ottawa-based, government-friendly Federal Court of Canada.

And that's how it played out. Judge Bich made it to the short list, along with two judges from the Federal Court of Appeal. One of them was Justice Marc Nadon, an expert in maritime law. Although the prime minister is not obligated to choose from the short list, convention dictates that he should. He bypassed Judge Bich to choose the semi-retired Judge Nadon.

And that's how a great Canadian institution slowly dies, at the hands of depraved leader who has always hated the values it defends.

That's how a country becomes smaller and more mediocre.

I can't think of a worse fate, for a country as big and as beautiful as this one... 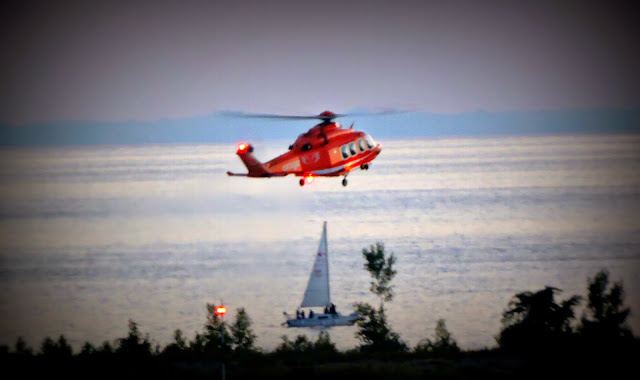 And needless to say I don't accept it.

We can and will use this sordid assault on our values and our traditions against him and his Cons in the election campaign.

By among other things, appealing to the pride of Canadians and asking them this question:

Do they really want to live in Stephen Harper's grubby little country?

Do they really want to hand that kind of country on to their children?

Or do they want to make Canada big and beautiful again?

And fire this little leader... 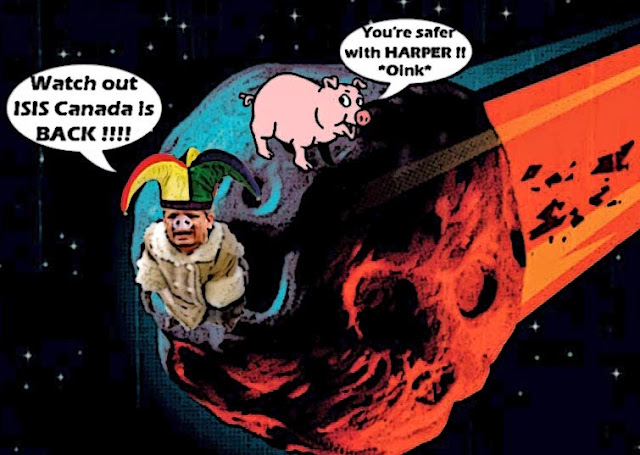