The Con Zombies and the Last Judgement 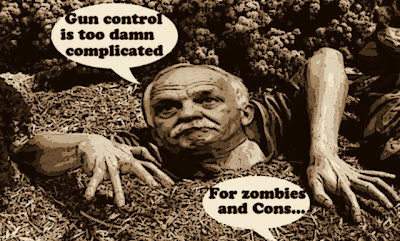 When I see the old Con zombie Vic Toews crawl out of his hole and sink his teeth into a compromise on the gun registry.

Claiming it's a constitutional question and too complicated. Like the census. Even though it isn't.

"It's almost as if Vic Toews didn't even bother to read the decision of the Supreme Court when he made his comments that there is no way this can be justified."

And I know he's only playing dumb dumber to pleasure his rabid gun nutter base. Whose brains he has already eaten.

When I see Stephen Harper claim he believes in tolerance.

"I don't speak very often about my own religion but let me be very clear: My God and my Christ is a tolerant God, and that's what we want to see in this world." 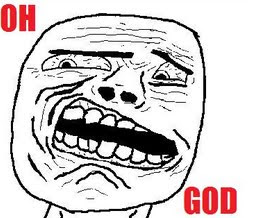 Because the only tolerance Harper has ever exhibited, is a deeply disturbing tolerance for the pain of OTHERS.

He belongs to one of the most aggressive missionary churches in the world.

One of the Alliance Church denomination's beliefs, which puts it outside the Canadian mainstream, it its stress on how Jesus Christ's return to Earth is imminent and that the Last Judgment will punish the "lost."

A wingnut church that goes after converts like zombies go after arms and legs, believes that women are born to be subordinate, gays are an "abomination", and marijuana is sinful.

When I see that Great Theocon Leader is crass enough to use the Koran burning controversy as an excuse to stroke his rabid religious base.

Another reason Harper may be going out of his way to mention his Christianity is that it could help strengthen political support among his political base, which is strongly evangelical Christian and conservative Roman Catholic. Almost half Harper's MPs are evangelicals, even though evangelicals make up less than 10 per cent of the Canadian population.

The Last Judgement  AND  the Auditor General are coming eh?

And it won't be long before we smite defeat  those dumb slobbering fanatics.

If they don't blow themselves up first....

"My God and my Christ" - Wow, talk about dog whistle speak.

A reasonable politician would just condemn this Islamophobic/racist act on principle without having to cast it as a religious issue.

My brother has belonged to the Alliance church for many years & I know all about his & Steve's God. Their God is not tolerant towards a woman who has been raped or has 6 kids & lives in Africa & can't feed them & might need an abortion. Their God is extremely intolerant of Gay & Lesbian people. Their God is tolerant of Jews in Israel, but seriously not accepting of Muslims anywhere. But Their God is BIG on the "Prosperity Gospel" though, which means God wants them to make as much $$ as they can!

hi Beijing...yes I thought it was a bizarre way to address the issue. Like it was all about him instead of an Islamophobic act. But then everything these Cons do is shaped to maximize political advantage why are we surprised. The man is shameless...

hi CanNurse...OMG...remind me to run when I see your brother coming. ;)
Seriously though, Marci MacDonald has written at length about that church, and there's a link in the story that is interesting.
With all the other things that have been happening, the theocons in the PMO have been given a break. But it's important than we remember that they haven't gone away. And that they remain a hidden threat...