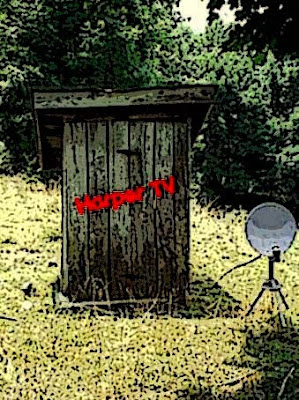 Atwood is not the only A-list “celebrity” that has signed. Dwight Shroot (from The Office), Boba Fett (of Star Wars), Snuffaluffagus (Sesame Street) and Homer Simpson are also signatories. Clearly the CRTC should take note of such distinguished individuals lending their name to this smear job.

Then Kady O'Malley finds her name on the petition, along with a bunch of other journalists. and wonders how Teneycke knew about Snuffaluffagus and those other fake signatures.

okay, this is weird. how did @KoryTeneycke get a list of *fake* (not fraudulent) sigs on a list that isn't available online?

Then the Fox News North guy claims his "source" did it:

Source emailed me to say they registered Boba Fett, D. Shroot, etc. Petition lacks basic controls. Not sure who signed me up.

Only to have the executive director of Avaaz claim that they have:

"tracked all of the suspect names to a single IP address," and that it appears that "a good number of the journalists who were fraudulently added were from the same source that added the Snuffluphagus" -- which would, of course, be the very same correspondent who tipped off Tenecyke to the fake names in time for him to include them in his column today.

"What's really concerning for us is that this fraud occurred last night, right as he must have been writing his op-ed, so he appears to have almost instantaneous knowledge of the fraud being committed -- before we did or anyone else. How is that possible? And, given that this is potentially criminal investigation, will he disclose that relationship to his source? Was it someone who works for him?"

Then Susan Delacourt muses about what it all means.

On the road this summer aboard the "Liberal Express", I witnessed several occasions where Sun reporters in the regions produced a piece of paper with a question for Michael Ignatieff. They would read this query, sometimes saying they'd been told to ask the question by their bosses. Funnily enough, the questions mirrored Conservative talking points that were also sent by email to reporters aboard the bus.

Caramba. What a coincidence eh? Are they channeling Stephen Harper's gaseous emissions. Is there a plumbing problem? Or is there a PMO connection?

And now Norman Spector jumps in and claims that all Teneycke's Quebec masters want is a lousy hockey arena.

Mr. Péladeau’s personal priority is pedestrian: the return of hockey to Quebec City. The price of his support for the Conservatives is a new arena in that city, which is the NHL’s price of admission for the franchise Mr. Péladeau would like to own and converge with his media properties.

And so soon after this.

“I hope that we’ll see the Nordiques return,” Harper said in French. “We have discussed this with (Quebec Mayor Regis Labeaume) and we will continue those discussions.”

Golly Sherlock. Now I don't know WHAT to think.

Except that wouldn't it be ironic if the move to give the PMO its very own network, and make Teneycke our Citizen Kane Kory, ends up taking them ALL down?

Fox News North. The gift that keeps on giving?

The turd that keeps on smelling?

Or the Con propaganda network that is threatening our democracy?

And should be going  NOWHERE... 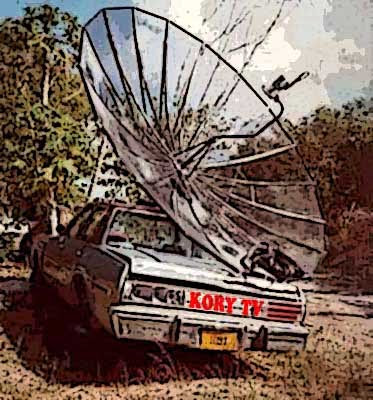 Avaaz.org alleges the PM was using influence on the CRTC Chairman Konrad von Finckenstein. Does anyone have some evidence to back up that claim? If so, I'd like to examine it for myself.

I have no idea whether this is true, but unlike the Con stooges at Kory TV, Martin is a REAL journalist.

And only time will tell...

It was said on Radio-Canada that the CRTC chair was offered an ambassador position (in Portugal, IIRC) effective immediately.

Not directly from Stephen the First, but via the minister for DFAIT.

hi deBeauxOs...oh no. Not sunny Portugal. Choose me me me instead!!!
Gawd. Living in Harper's Canada is such a weird experience. Who knew I'd ever be interested in the CRTC and the fate of Von Finckenstein? But now I'm totally FASCINATED... :)

You do realize that this is a smoking gun?

"On the road this summer aboard the "Liberal Express", I witnessed several occasions where Sun reporters in the regions produced a piece of paper with a question for Michael Ignatieff. They would read this query, sometimes saying they'd been told to ask the question by their bosses. Funnily enough, the questions mirrored Conservative talking points that were also sent by email to reporters aboard the bus."

If the CRTC grants them a license after that I'd be very surprised.

hi anonymous...I do, I do. I may appear dumb but actually I'm...um...um...almost brilliant.Duh. ;)
Seriously though, you're right that smoking barrel is glowing red in the dark. I'm surprised more people haven't picked up on that. But then I've been shocked by how some progressive bloggers have been bleating about freedom of speech. When in fact it's a question of freedom of the PRESS. And potentially the greatest assault on that freedom the country has seen, since the day reporters used to line up to collect stroke dough from crooked politicians. It's one thing to broadcast rabid Con views like Fox News does in the United States, but even they don't take their talking points straight from the Republican war room. Giving the Harper Cons their own news network, so they can broadcast their carefully focus tested talking points unchallenged, would undermine the democratic process and turn this country into a sinister Banana Republic. If it isn't already. Personally I'm waiting to hear what David Akin and other real journalists at Sunny News have to say, because unfortunately their reputation is also at stake. The sooner they stand up for what is right, the less tainted they will be.Because if they don't the verdict of history will be harsh.

P.S. Now I have a dumb question for you. Do you think people will pick up on why I used the word "plumbing?" You know as in something PLUMBERS do. I don't. This country is in real danger, and were are sleepwalking to disaster.

P.S.S. I was planning to write a whole post on this, but now you've saved me the trouble. Thanks. :)

Thanks for this, Simon. I was really unimpressed with Delacourt's piece! She was like a repeating Tory-parrot on the issue (horrible mental picture! ;-)
The proFNN Kory cheerleaders keep saying Avaaz is a U.S. org. But if you check out their info, as far as I can tell, they're a Global Org., headed by a Canadian. The Right is getting a lot of mileage out of this "why is a U.S. org...blah, blah.." Is the UN a U.S. org. because it has it's office in NY? How does one define this?
@Rational Number: Check out this link, which tells a wee bit, but not much more.
http://www.thewirereport.ca/reports/content/11177-government_offered_von_finckenstein_plum_jobs_to_push_him_out_report

hi CanNurse...I thought Delacourt invented a new yoga position by bending backwards to be fair. But buried in all that prose were two pretty weighty ones. The one I quoted, which is truly disturbing. And if other reporters are aware of that they should be writing it about it as well. And so should the Sun reporters.
And this one:

Advocacy for a cause or an ideology is fine, even admirable at times. But if the idea is to create news, well, probably we don't want to call that journalism. Entertainment, maybe? Whatever your issue is with SunTV, I think that's what we want to get sorted out before it gets a licence.

Because she's absolutely right about that. It's not the xenophobic garbage that's so dangerous. If they want to look like racist assholes I say let them. It's the introduction of carefully focused talking points...questions designed to evoke a certain response... into news items that can corrupt a democracy. Real reporters ask questions to get at the truth. Cons with a lot of money ask questions to get the answer they want, inflame people's emotions, and drive one wedge issue after another into the population.
You know sometimes I think it's all a bad dream and that I'll wake-up soon. But sadly it's real and it just goes on and on...