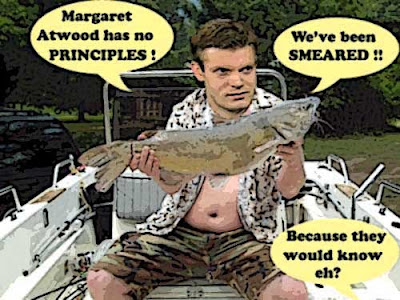 Holy bait Batman. I see that Kory Teneycke is still carrying the ball fish for Fox News North. And that it's getting really stinky.

Which is fine if you like rotten fish. But if he insists on masquerading as the head of a "straight" news organization he should really get his facts straight.

(1) When he complains about this:

It also picked up on the slur from Sun TV News’ competitors, calling the channel “Fox News North.” Fox, and its parent company Newscorp, are not owners of this channel, nor are they involved in its development.

He has only himself to blame.

The first time I met Kory Teneycke, he told me that Canada needed a Fox News channel of its own.

I impolitely told him what he could do with the idea and we didn't speak again for four years.

(2) When he gets all indignant over this:

Dwight Shroot (from The Office), Boba Fett (of Star Wars), Snuffaluffagus (Sesame Street) and Homer Simpson are also signatories. Clearly the CRTC should take note of such distinguished individuals lending their name to this smear job.

And then admits this:

UPDATE: Alright, Kady just got off the phone with Kory Teneycke, who said he was emailed the fictitious names on the petition by the very person who had added them.

Shouldn't he be directing his criticism at his own supporters? Or is this just another bogus story?

(3) When he accuses Margaret  Atwood of being unprincipled and unpatriotic:

This is not the first time Atwood has put her political agenda ahead of principles and patriotism. In the 2008 election campaign she was asked if she would vote for the separatist Bloc Quebecois if she lived in Quebec, she said: “Yes. Absolutely. What is the alternative?”

How about voting for someone who doesn’t advocate the breakup of the country?

He should be ashamed of himself. Because Atwood is a great Canadian who has done her country proud.

While the Con stooge has worked for the most disgracefully un-Canadian and unprincipled government in history. 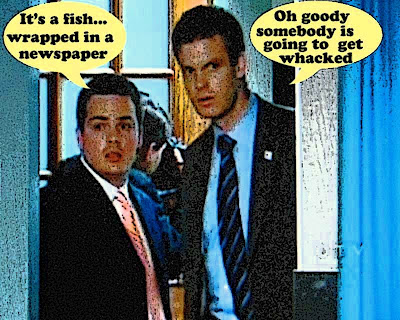 A government that has always accused its opponents of being enemies,foreigners, and traitors. And is headed by a political thug who has sucked on the tit of Amerika all his political life.

Gawd.I have to admit that at first I thought the whole idea of a Fox News North absolutely hilarious... 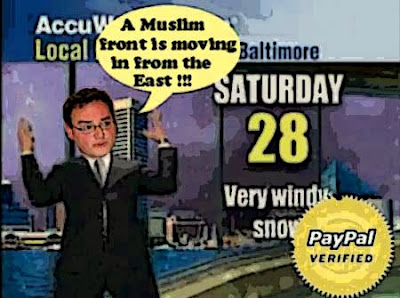 A klown show if ever there was one.

But now I find it LOATHSOME.

Because we need a Fox News North like we need a stinky fish...
Posted by Simon at 6:14 PM

That attack on Margaret Atwood, who I admire deeply, really pissed me off.

At that time, if I were asked the question, I would answer exactly the same. And given the shit that is going down lately, I would still answer the same thing.

One thing that Margaret Atwood understands clearly is genuine appreciation for culture, respect for justice and concern for the environment.

If it wasn't for the Bloc, we would have a Harper majority and if that isn't enough for any true patriot to praise, I don't know what is.

hi Beijing...yes that attack on Atwood was really the last straw. I can understand Teneycke defending his crappy station vigorously, but going after her character is absolutely outrageous. But then that's what they have always done since they came to power, and that's why I hate them so much.
As for the Bloc a lot of people forget that a lot of people who aren't separatists vote for them, because they are a bastion of social-democratic values. As you point out they saved us from a harper majority. And if Gilles Duceppe could be Prime Minister I'd vote for him... :)

Kory did his best to fisk his arguments against the opponents of Fox News North.

He knows that we know that Fox News North is not going to be controlled by Rupert Murdoch. "Fox News North" is a concept--not the actual ownership.

I do think that if SUN TV News gets the go-ahead by the CRTC under SUN TV's conditions, Canadians will see a news/entertainment channel where viewers will see five minutes of hard news at the top of the hour and the rest of the time, viewers will see entertainers spewing hyperbole about the day's events. There will be several shows with radio news entertainment jockeys turned news entertainment hosts opinionating about Canada and the world. Lowell Green can rally against enforced Corn Flake bilingualism.

There will be group shows where Michael Coren can get a range of guest talking about Idol-dancing Muslims. Make sure that Tarek Fatah appears. One needs one good Muslim to appear.


Sun TV News may have an education show led by someone from the Society for Quality Education. The SQE supports funding for private education and hates unions.

Finally, Sun TV News may need its own SunView show with five Sunshine girls discussing peace in the Middle East. Make sure the girls are pro-Israel.

"Like, on my Bat-Mitzvah, I got a voucher for implants. I wonder if I should use it now that I'm 18. The procedure will be performed in Tel Aviv. Like, I can go to the beach after."

Sun TV will be a news entertainment channel. It will not be a news journalism channel.