The Return of Joe Oliver and the Latest Con Scam 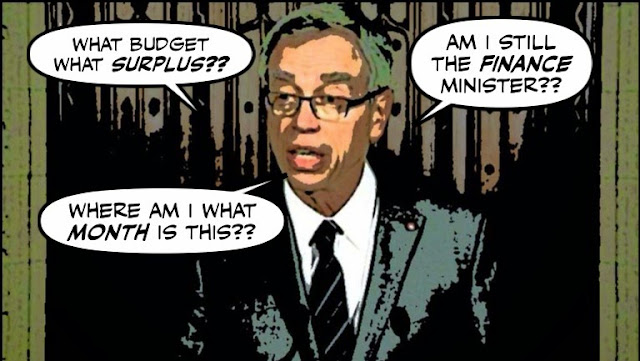 Well as you may have heard Joe Oliver went missing from the House of Commons for almost a month.

And on the few days when he did turn up, he seemed as Ralph Goodale described him, both "puzzled and muzzled." Staring into space while others read his PMO talking points.

And while his aides insisted he was thinking about his long delayed budget, or searching for the surplus he gave away before he had it.

Others wondered whether he was having some kind of breakdown.

Or as Rick Mercer suggested, just doing nothing...

But now Ol' Joe is back.

Announcing a budget date at the Canada Goose factory this morning.

And although you might think the goose part would bring back bad memories... 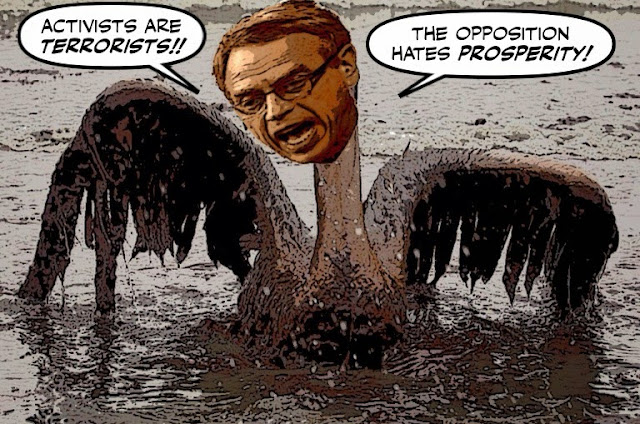 Or remind people what a failure he has been.

I don't think he cares anymore what people think.

Or whether this is practically fraud.

The parliamentary budget officer says the family tax cut announced last year will cost the federal government about $2.2 billion this year and will benefit fewer than one in six households.

Or even whether his budget stinks to high heaven, because the Cons are planning to spend a fortune to try to brainwash Canadians into thinking it smells like roses.

Or something really porky. 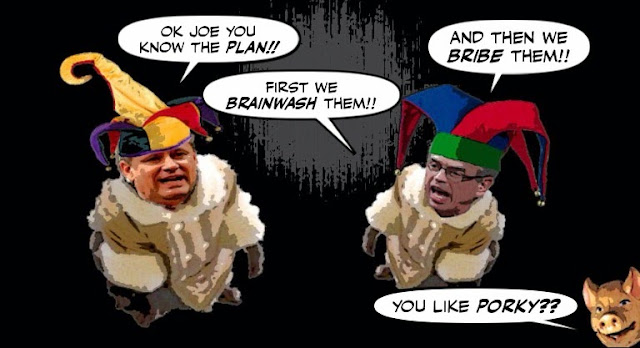 Prime Minister Stephen Harper has defended plans to spend millions of taxpayer dollars on advertising to promote his government’s pre-election budget after details of the campaign became public. Internal documents show Finance Canada is planning a $7.5-million ad campaign that will run in May.

“When we talk about the budget, I can assure the honourable member the government will not only bring forward a budget, but we will make sure Canadians are well aware of the contents of that budget and how those measures impact them,” Mr. Harper said in response to a question from Mr. Mulcair.

Although they have messed up the economy by putting so many eggs in one oily basket, failed miserably to create any jobs and are threatening to lead us all off the cliff. 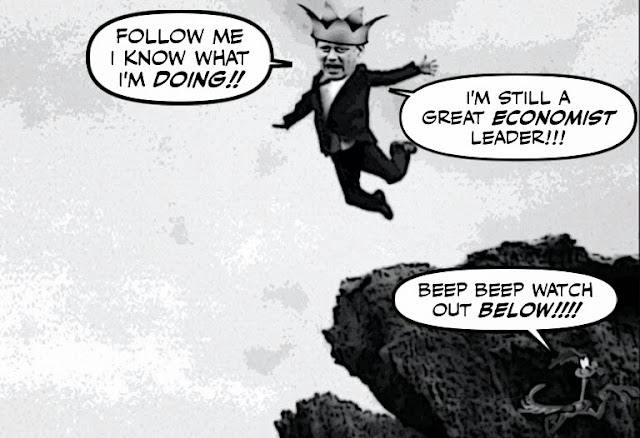 Net net, the ending of the Canadian credit binge, combined with an oil-driven economic slowdown, is likely to crush consumer sentiment. In this Looney Tune, it seems our Crazy Canadian Coyote has run off the cliff, his feet are still moving, but he has yet to look down. He’s suspended in air, and it’s only a matter of time until gravity exerts its force.

Still Stephen Harper and his ghastly Cons would spend millions on even more porky propaganda, to try to make themselves look good. Or make Harper look like a Great Economist Leader.

Even though they are already promoting the budget with this ad campaign. 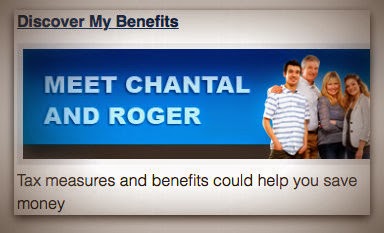 Which is running on every government site from DND to the Environment Canada weather page, and will be updated when the budget is released.

And even though their new porky campaign is yet another blatant attempt to buy the election with OUR money.

Queen’s University political science professor Jonathan Rose, who advises Ontario’s Auditor-General on advertising issues, says the proximity of the upcoming ad campaign to the election is a concern. “What’s so egregious is the blatant way that they’re priming the electorate before an election, and I think that should be worrisome as well,” he said.

And all I can say is the progressive parties need to act aggressively to counter that propaganda. Now that they know what's coming they need to strike pre-emptively. They cannot wait until that campaign begins.

They must attack Stephen Harper's dismal economic record. Strip him of his phony credentials. Expose his porky plan.

So when his ads start running they will work against him, by making look ridiculous... 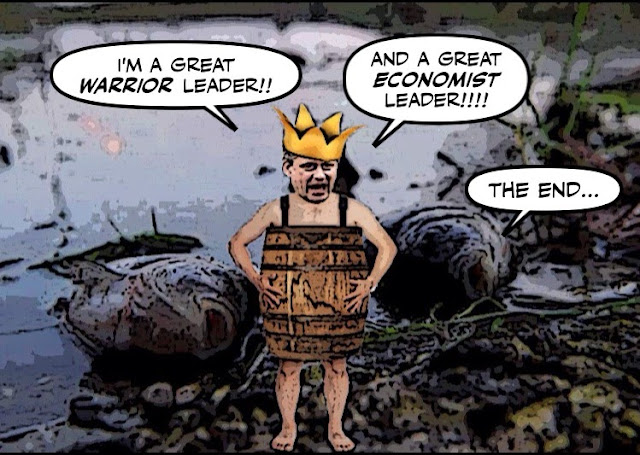 The greatest Con artist and most dangerous leader this country has ever known.

Who is leading us to catastrophe.

And can't be defeated soon enough...

Cheese(cold) and broken crackers! Now that is an awesome name for a book! haha
Just about sums up the Cons on the Hill!

I guess they found Joe Oliver(Tony Clement's father)had wandered away from his long term care facility and ended up at Canada Goose to babble about a balanced budget. Bullshit! Anyone can balance a budget when your leader's integrity is non-existent.
Did anyone notice the strange phenomena occurring lately where Con MP's are showing up at Ontario manufacturing facilities? Only happens every 4 years they say.

hi Kathleen...well they are crackers, and their act is cheesy, so it does seem only too fitting... ;)

hi anon...yes it was an absurd photo op. Especially since the company that hold the majority share in Canada Goose, is Bain holding founded by none other than Mitt Romney. One can only hope it will curse them. And yes, the Cons are hitting just about every factory in Ontario, the ones which are still standing. Because even after having destroyed our manufacturing sector they would have us believe that they are their saviours. It boggles the mind, and I've never seen anything so crazy...

hi David...hmmm...you're right, and I may have to use that some day. You know people think I'm kidding when I say Oliver is out of his depths, or floating like a cork on a stormy sea. But I'm deadly serious...

The Alternative Federal Budget 2015: Delivering the Good demonstrates that the federal government’s continued obsession with austerity and balancing the budget comes at the cost of higher household debt, fewer services, and weakened job growth.

The AFB, now in its 20th year, delivers a plan that would lift 893,000 Canadians out of poverty, reduce income inequality, boost economic growth, reduce carbon emissions, and create or sustain 300,000 jobs a year, bringing Canada’s employment rate back to its pre-recession level.