Stephen Harper and the Slogan from Hell 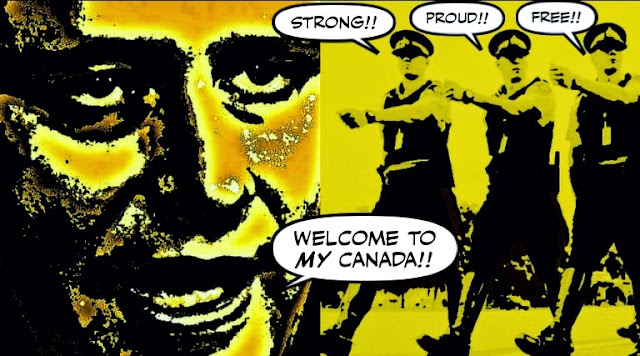 Yesterday I wrote about how Stephen Harper is invoking a clause in the anti-terror act to try to prevent a court from revealing his family's secrets, in a case brought by a former RCMP officer.

And today the Judge in that case reserved her decision.

But that's not the only secret Harper is trying to conceal.

He also doesn't want us to know how the Cons came up with the slogan they are now bombarding us with: "Strong, Proud, Free."

Strong. Proud. Free. And a state secret. The genesis of the Harper government's "Strong Proud Free" slogan that is currently bombarding Canadian television viewers is considered a cabinet confidence and will be sealed from public scrutiny for 20 years.

A request by The Canadian Press under the Access to Information Act seeking any background rationale for the tagline, which is being used to punctuate all the latest taxpayer-funded advertising, has come up empty.

And with good reason, because it is just his latest attempt to brainwash us with our own money. The invoking of cabinet confidentiality is absurd.

And it is the shameless slogan from hell, more American than Canadian, and the slogan of a police state.

One that nobody can escape because it is EVERYWHERE... 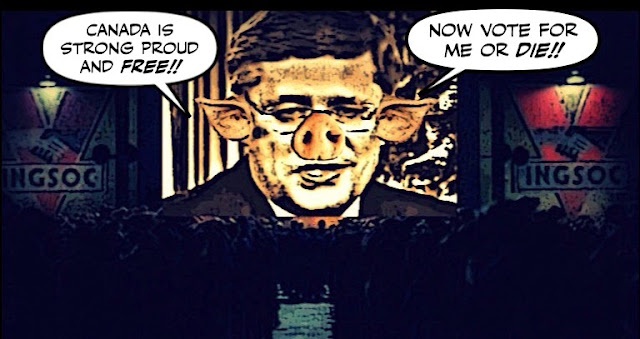 From Stephen Harper's speeches, to the porky propaganda ads now running during the playoffs. Every government department has been commanded to repeat it.

You hear it on the radio, you see it on signs, it's all over the internet.

And even Environment Canada's weather page directs you to this Canadian Force's ad on Harper's propaganda channel...

Which by also echoing that slogan, subliminally and otherwise, makes our Canadian Forces look and sound like Harper's Army.

It is a deliberate attempt to use government money to promote the message of a political party, which in itself is an affront to democracy.

And of course what makes it even worse, is that the slogan couldn't be more fraudulent or more Orwellian. Because in this foul Harperland we are neither strong, nor free, nor proud.

Not strong because Stephen Harper's economic policies are leading us to disaster... 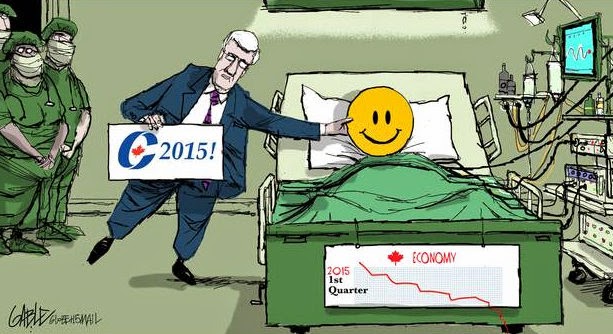 Despite what he might try to brainwash us into believing.

Not free when his Cons are trying to turn us into a police state with their totalitarian Bill C-51... 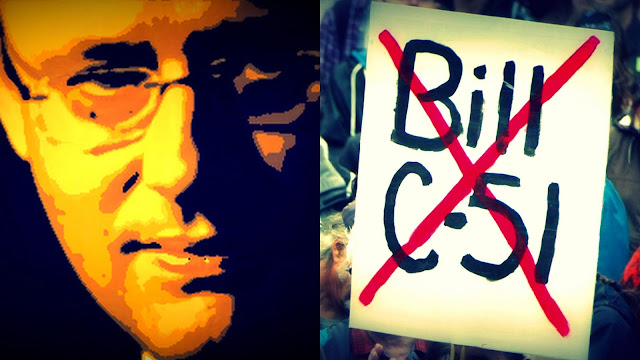 And definitely not proud. For how can we be proud of a country that Harper and his political thugs have turned into a pariah nation in the eyes of the world?

A belligerent petro state with a government that is doing nothing to fight climate change, the greatest threat we face.

But is prepared to send troops to Ukraine, to train neo-nazis.

The Canadian government is confident that troops from Petawawa won’t end up instructing Neo Nazis and far right extremists when they begin their training mission in Ukraine this summer, but a former diplomat is warning it will be difficult to weed out such extremists as their militia units are now being integrated into Ukraine’s regular forces.

Even if it increases the threat of that other great threat, nuclear war.

For the sole reason of pandering to the Ukrainian-Canadian vote... 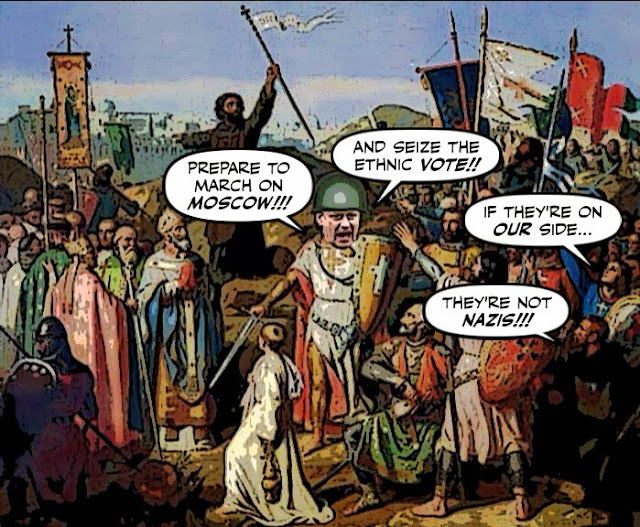 Just like Stephen Harper pandered to the Indo-Canadian community this week, by following Narendra Modi across Canada like a convert or a groupie... 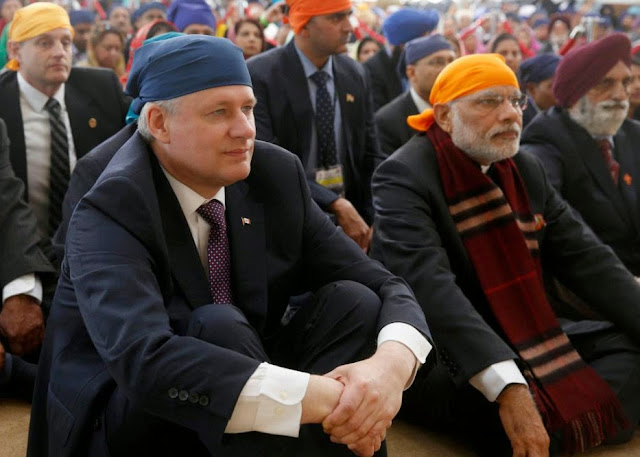 Even though Modi is a Hindu extremist who has been accused of enabling mass murder, and whose supporters are persecuting Christians, Muslims and other religious minorities in India.

And to be proud of all of the above, you'd have to give up on the idea of Canada. And wallow in the gutter with Harper and his Cons, who are clearly showing that they will do ANYTHING to try to snatch themselves another bloody majority.

Polls show that the more Canadians are bombarded with those porky action ads the more they hate them... 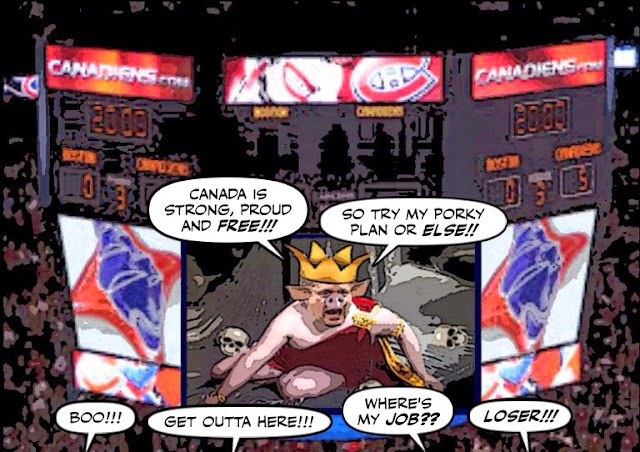 And judging from the reaction I'm seeing every time one of those ads is played, they are going down like a lead balloon with hockey crowd.

So we can use that slogan against them in the coming election. We can portray it as hollow and Orwellian. Contrast its boasts, with the grim reality, while at the same exposing the Harperites as nothing more than shabby Con artists.

And in the meantime we can stand up to Great Ugly Leader's plans to turn us into a police state by attending demonstrations like these today. 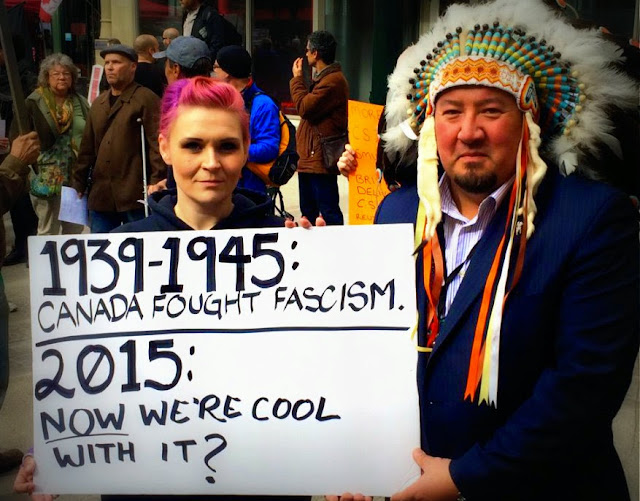 For every act of resistance counts.

And of course, most of all, we can join forces and fight for the day when we will be truly strong, proud, and free again.

The day we defeat the monstrous Harper regime.

And take our country back.... 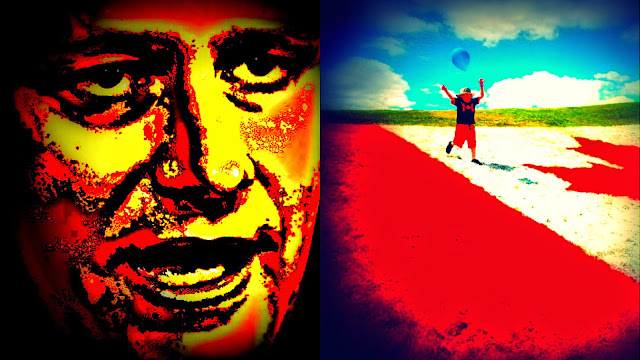 PROUD: a deadly sin, feeling he gets when looking at a mirror.

FREE: haha, the cost of embellishing the CPC brand.
JD

good post.
why the cons won't release this information is beyond me unless:
1. they got an American company to think it up.
2. another country with less democratic ways used it.
3. its going to be used by the cons in their election campaign material..

It might be fun if a few historian types checked some neo Nazi type countries out or organziations in Europe to see if the same slogan is being used. Its does sound a little too un Canadian, but just right for perhaps a Putin type organization or a banned organization in Germany. enquirying minds would like to know.

Maybe the Cons stole it from:

then added the word: "Proud"

1. feeling deep pleasure or satisfaction as a result of one's own achievements, qualities, or possessions or those of someone with whom one is closely associated.

2. having or showing a high or excessively high opinion of oneself or one's importance.

3. slightly projecting from a surface.

George W. Bush
Address Before a Joint Session of the Congress on the State of the Union, January 20, 2004

The American economy is growing stronger.

In their efforts, their enterprise, and their character, the American people are showing that the state of our Union is confident and strong.

We have come through recession and terrorist attack and corporate scandals and the uncertainties of war. And because you acted to stimulate our economy with tax relief, this economy is strong and growing stronger.

These institutions, these unseen pillars of civilization, must remain strong in America, and we will defend them.

Many of our troops are listening tonight, and I want you and your families to know: America is proud of you, and my administration and this Congress will give you the resources you need to fight and win the war on terror.

And the people of Iraq are free.

I believe that God has planted in every human heart the desire to live in freedom, and even when that desire is crushed by tyranny for decades, it will rise again.

For all who love freedom and peace, the world without Saddam Hussein's regime is a better and safer place.

And Ashley, while you do your part, all of us here in this great Chamber will do our best to keep you and the rest of America safe and free.

hi JD...I'm surprised that those in the MSM haven't questioned that absurd slogan as I tried to do in this post, because it really is something out of Big Brother. And he should be the last person to use a slogan like that one. But then he did vow to make government more transparent and we know how that one turned out...

hi e.a.f...the reason they don't want to release the information is almost certainly because it would show how they intended to integrate their political messaging with the messaging of government departments. To me it sounds like the slogan of some backward American state, and I'm only grateful he didn't use the one in New Hampshire "Live Free or Die" And it certainly couldn't be less Canadian...

hi anon...well I think number 2 explains everything. The fact that he would dare use such a slogan while doing exactly the opposite is simply beyond belief. Now I realize some Canadians might be flattered by such a slogan, but those are the kind of people who end up living in a police state and wondering what happened?

hi David...yes the slogan does have a certain Bush/Cheney feel to it, something out of the original Great war on Terror. And how he could think that Canadians would go for something so American absolutely blows my mind. But I guess like everything else he figures that if he repeated it enough times enough people would believe it. They really are the worst and most absurd totalitarians this country has ever seen...

hi rumleyfips...yes indeed, mein precious Harper. A little bit of good old fascism,and a little bit of Big Brother. As I told JD, I can't believe that his ghastly slogan hasn't been questioned by more Canadians. And I'm grateful that the Canadian Press did put in a freedom of information request. It will make some nice attack ads...;)

A friend suggested that "strong and free" may come from our national anthem:

"The True North strong and free!"

but American right-wingers like Bush go overboard on being "proud", as in being "puffed up".