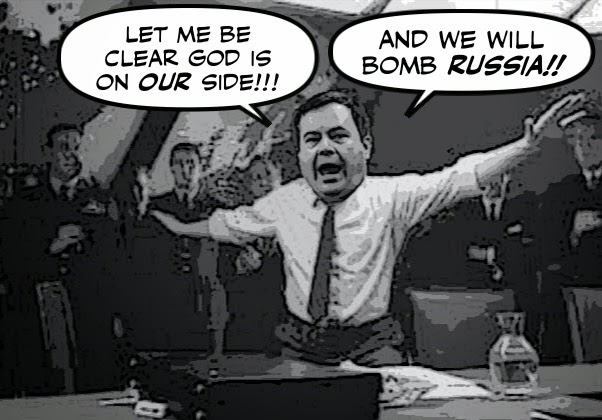 As we all know Jason Kenney is a raging Cold War warrior, who is always going after the Russians, with his big mouth as his weapon.

To satisfy his inner religious fanatic, and pander to the ethnic vote.

And when he's not lying compulsively, he's always bragging about Canada's expanding power...


But sadly when the moment came to save Canadians stranded in Yemen yesterday, it wasn't one of those big-bellied babies who flew to the rescue.

It was the Russians.

The federal government is confirming that an undisclosed number of Canadians have been taken out of Yemen, amid Russian state media reports that the Kremlin had helped them leave.

So you can imagine how Kenney must be feeling... 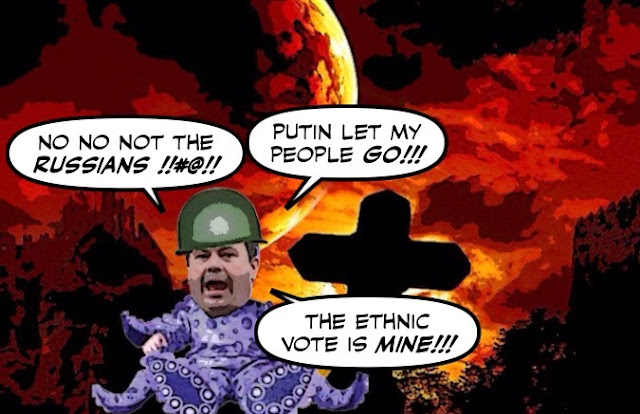 Which explains why there was not a word from him about the rescue. And from the office of Rob Nicholson, now posing as a Foreign Minister, not even a word of acknowledgement.

Foreign Affairs spokesman John Babcock said in an email on Saturday they are aware that Canadians departed from Yemen safely.

Babcock would not confirm Russian involvement, but said Canada’s ability to provide any consular assistance in Yemen is “extremely limited.”

So much for manners, so much for class, and so much for Kenney's expanding global reach. Those Cons are indeed low creatures, and they do blow smoke out of every orifice.

But then what do you expect? When they can't even TALK about Yemen, because it's their ally Saudi Arabia who is savagely bombing that shattered country, and causing the Canadians to flee.... 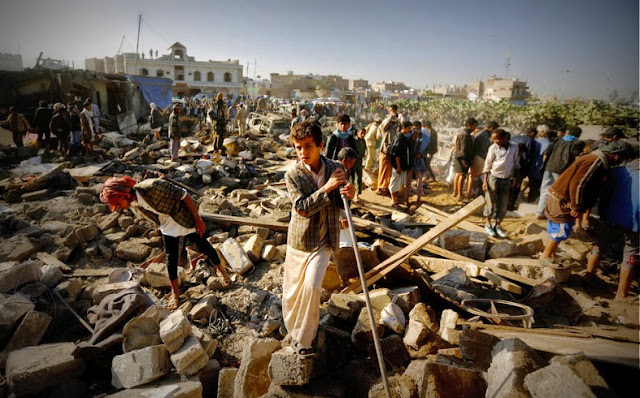 The situation is a humanitarian nightmare. The Russians are the ones calling for a ceasefire.

The United Nations Security Council is considering Russia's call for a pause in Saudi-led air strikes in Yemen.

The Red Cross has reported a dire situation, with the streets of the city "strewn with dead bodies" and the wounded "streaming" into hospitals and clinics.

And despite the desperate situation even Djibouti is able to get its own citizens out.

A Pakistani aircraft will fly to the capital Sanaa on Sunday to pick up 170 people. More than 800 Pakistani citizens have already left. Flights from China, Egypt, Sudan and Djibouti are also scheduled for Sunday.

While Kenney sits or squats on the tarmac with his big bellied friend... 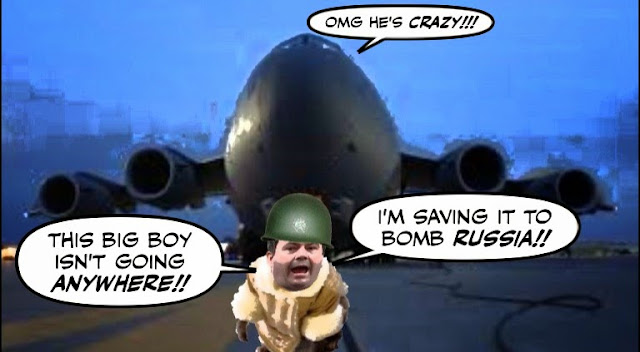 And they're the ones who are supposed to be keeping us SAFER?

But then again, what do we expect? When this whole expanded mission into Syria has been mounted exclusively to please their rabid base, who want them to save the Christians in that country.

When we can't even save our own pilots if their planes go down there... 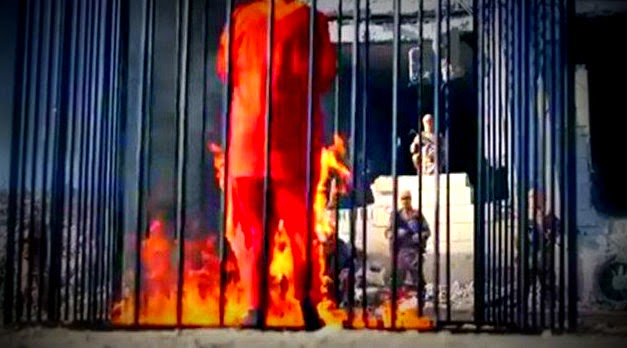 From the hands or the cages of ISIS.

Except that it is a nightmare, it is a bad joke.

And they are Con clowns.... 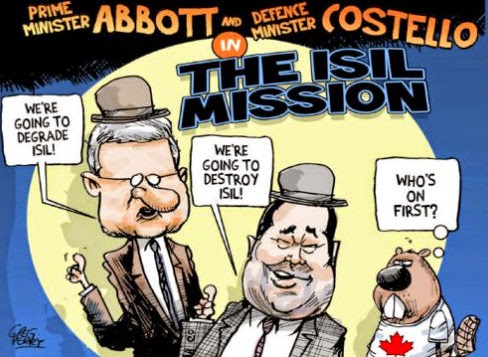 Who are prepared to sacrifice the lives of our flyers, and make us more likely to be hit by a terrorist attack, for crass political purposes.

And since that is as low as ANY government can go.

We really must get rid of those filthy Cons and their depraved leader.

Lots of embarrassment here for the reforacons. Blindly ( but with hands out ) supporting only the stinky, sticky tar sands means that Canada has to buy foreign aircraft. The cons started dismantling the Canadian aircraft industry 50 years ago when a weak minded Conservative knifed AVRO.

The further this circus continues the curiouser it gets. Harper clown con gang of criminals won't rescue Canadians but the big bear Putin will? Something is wrong very wrong with this picture. Russia has nuclear weapons and missiles we do not. We have stupid bombs. Um it would take the Russians a very few minutes to fly across the Arctic Ocean and obliterate Ottawa so what is Harper/Kenney thinking? They are madmen sabre rattling to gain attention at home while pissing off the rest of the world. So tell me again who are the real terrorist threat?

Fuck Simon but I'm glad they are being exposed for the whores on Canadian society they are thanks Russia and Putin >Harper Kenney and the rest of the criminal con clown show go to hell.

Great post Simon. I wasn't aware of the Russians getting Canadians out of Yemen. The MSM and opposition should be all over this.

Come on, fair is fair, it's a long way from our nearest air base in Kuwait to Yemen and we don't want to get those shiney newC17 Globemasters dusty.

Besides, probably most of those Canadian citizens in Yemen are probably of Arab descent and (gasp) maybe even Muslim.

The Harper Regime is acting as normal.

Giving credit where credit's due would be the classy and honorable thing to do, two traits that are non-existent in the Con regime. That the MSM seems to be ignoring it shows just how useless they have become.
JD

hi rumleyfips...yes the Cons have somehow managed to earn the reputation of being good friends of the military, when they've botched every project to modernize it, and have let their equipment run down. And yes the AVRO was a beautiful flying machine, and the way the government all traces of it destroyed is a truly shameful story...

hi Mogs...yes, not only are they totally classless, but if you notice they are also blaming those who were stranded, while making no effort to fly them out. They really are shameless...

hi Pamela...thank you. I just couldn't let that blowhard Kenney get away with it. Bragging about how the Cons are extending our military power all over the world, while letting Canadians down again. And not even having the manners to say thank you. Canadians were once known as a polite people, and I was proud of that. Let's hope the opposition can use this against them, when the Cons claim that only they can save us...

hi jrkrideau...I know, isn't it outrageous? That Star cartoon really does sum them up. It really is just a show for them, and they don't care how many Canadian lives they jeopardize. And yes they probably were the "wrong" people the kind who don't vote for them. Whenever I think the Cons can't sink any lower, somehow they manage to shame themselves further...

hi anon...you're right, it would have been nice if they could at least have acknowledged what the Russians did, whatever their political differences. And saying thank you would have been the decent thing. But as you can see from what they said, all those Cons ever think about is what is good for them, and they are as I portray them absolute hogs...

gee I'm going to have to ask my Con M.P. about that one. I'll let you know if I get an answer.