Stephen Harper and the REAL Nightmare Before Christmas 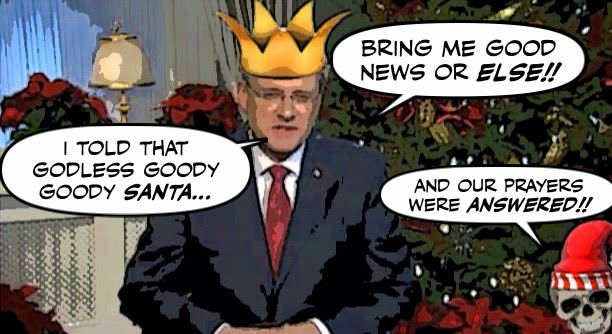 Uh oh. It seems I might have been a bit hasty when I declared this to be The Con Nightmare Before Christmas.

Because although the Cons are just as ghastly as they were in that story, the monstrous Stephen Harper is now smiling, as only he can.

And the real nightmare arrived YESTERDAY !!!

The governing Conservative Party has taken a slim lead over the Liberals, according to a new poll that also found a “sizeable” improvement in public sentiment toward Prime Minister Stephen Harper.

Nationally, the Conservatives now sit at 34 per cent support among committed voters, with the Liberals at 33 per cent, a narrow lead within the margin of error, according to the poll released Tuesday.

It is really SCARY.

Half the country now thinks Canada is headed in the right direction, and more people have a favourable view of Mr. Harper, the Abacus poll shows, calling it a “sizeable shift” in sentiment.

And it does prove that in this grubby Harperland you CAN buy the votes of some Canadians... 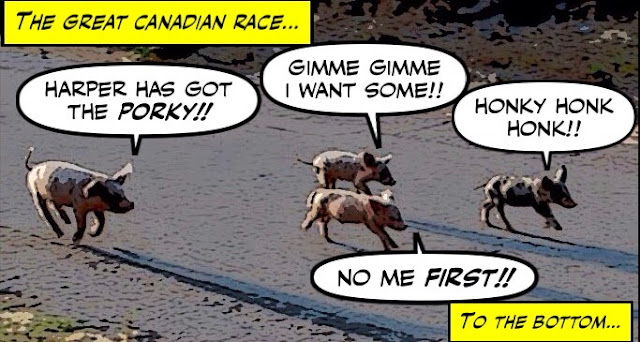 Even with their OWN money. Because that's how dumb and greedy they are eh? And that's how low we have fallen.

But of course, there are other factors. Events have favoured him with a war and a terrorist scare, so he can pose as a Great Strong Leader.

And with the help of the MSM and his massive propaganda machine, also play the role of a Great Kinder Gentler Leader.

Abacus chairman Bruce Anderson believes the Conservatives have been seen to be less partisan, driving a rebound in the party’s support and that of Mr. Harper. “That’s what I see as being the big story here – the Conservatives have probably changed their approach, and that’s manifesting itself in less downward pressure on their numbers and more openness to the Prime Minister personally,” he said.

With @LaureenHarper at the @SunYouthOrg warehouse. Their commitment to helping those in need is truly inspiring. pic.twitter.com/ksQ49xSmAm
— Stephen Harper (@pmharper) December 16, 2014


Travelling from photo-op to photo-op, posing as Great Mother Leader in a country where food bank use is soaring, and millions of kids and their parents go to bed hungry.

While suckling and muzzling his own Con babies... 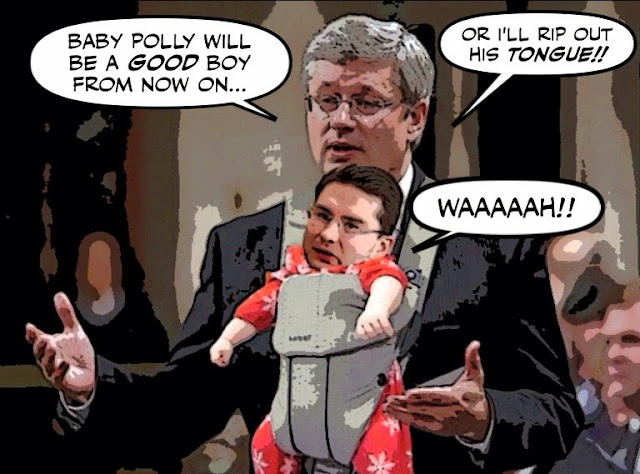 So they don't ruin his new image, while soiling themselves.

And then of course, if we are going to be completely honest, we also have to admit that both Justin Trudeau and Tom Mulcair have failed to live up to our great expectations.

Justin for all his refreshing qualities is NOT baby Jesus... 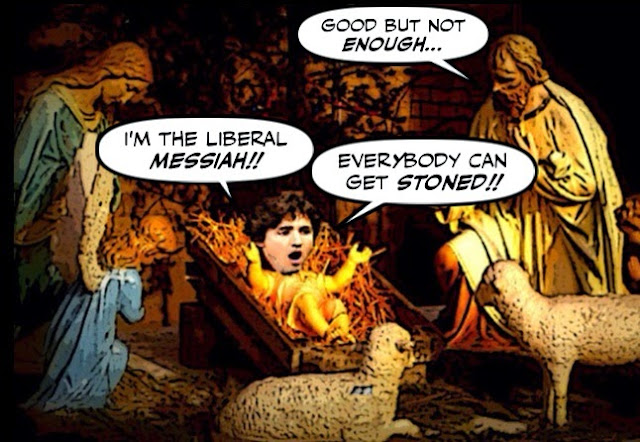 Mulcair, despite his strong performance in the Commons is NOT our angry Moses... 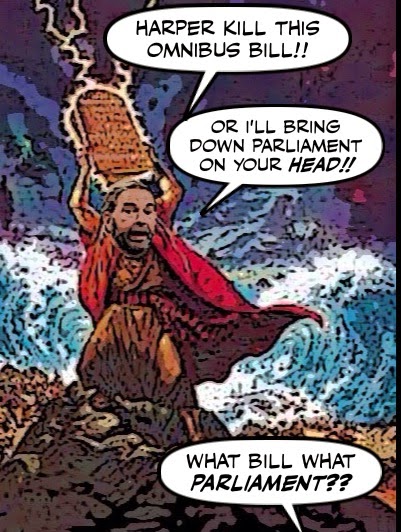 And both have failed to attack the Cons effectively enough, or even more importantly failed to inspire Canadians with a compelling vision of something better.

And the good news? Both leaders are decent Canadians, as is Elizabeth May, and all are quite capable of picking up their game in 2015. And we'll make sure they do. Or ELSE.

And try as he might, or bribe as as he might, Stephen Harper is not, has never been, and will never be a Kinder Gentler Leader... 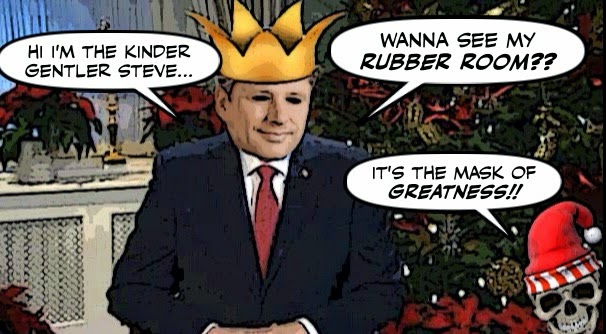 Not with this record.

So the phony spirit of his satanic Xmas will fade. The passage of time, and climate change, will melt his rubber mask.

His economic record and his many scandals will come back to haunt him.

And by the time we're finished with him he should look more like the REAL Steve... 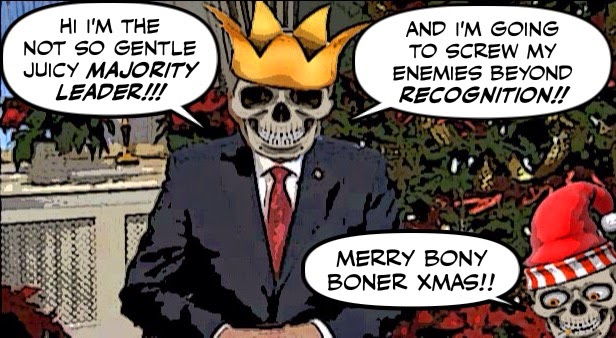 So relax, and enjoy the holidays.

The monster is STILL the monster.

And we are STILL going to destroy him....