The Coalition Idea, Tom Mulcair, and the Great Joe Cocker 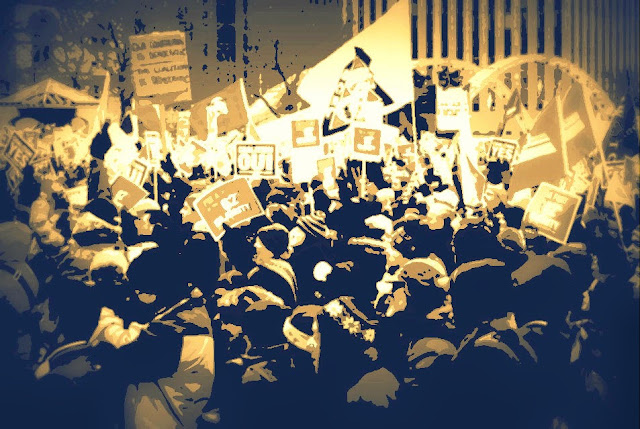 In my last post I wrote about how I would welcome the idea of a coalition to bring down the Harper regime.

Which as usual, was greeted with the usual scepticism from some of my readers and friends. As if it came from Mars not Canada.

Then I saw that Tom Mulcair has said that he is at least open to the idea.

The “C word” many tire of or avoid altogether during election campaigns doesn’t scare the federal NDP leader.


While keeping the option on the table for 2015, the leader won’t yet commit to it, keeping his focus on the ultimate prize.

Which is all I want, because if you don't at least talk about the idea it will always seem to come from another planet.

Instead of being a legitimate political arrangement which is used all over the world, including these days in the British mother Parliament.

And then I saw that Joe Cocker had died.

And this song seemed to bring it all together...

And what a great idea... 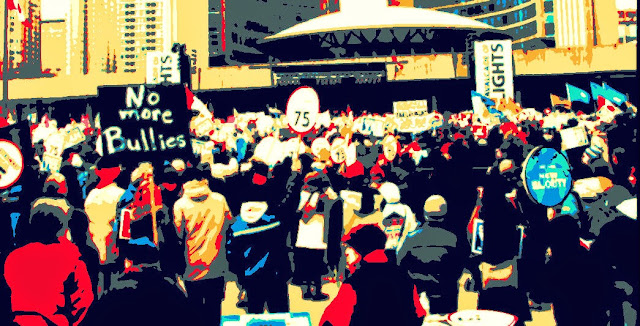 With a little help from my friends, the idea of a coalition will never die.

With a little help from my friends, the great Joe Cocker will live for ever...

We don't need a coalition, the Liberals bring nothing to the table, what we need is an NDP Majority Government.

The Coalition is a last resort, but even if the Libs agree to participate they will try to undermine what ever progressive measures the NDP tries to pass.

And the more likely coalition is between the Tories and the Liberals, just like in Britian. Don't say you haven't been warned.

I was very sad to hear that JC had died, one of my all time faves, in constant play on my truck CD (You can leave your hat on...)
He had one of the greatest all time coalitions ever, with Leon Russell, master session player and great singer songwriter too...It worked beautifully, as I'm sure now that a Lib?NDP coalition would work...and if Mulcair is willing to speak about it, something must have happened in the back room to change his tune..

Mulcair mentioned being open to a coalition months ago, this is not the first time he said it, he said it because he knows it gives him an advantage over Trudeau with NDP Liberal swing voters because Trudeau is extremely anticoalition.

Joe Cocker was among a very small group of gifted artists who could sing someone else's song, and from that point on, it became identified with him as much (or more) than the songwriter. Johnny Cash did the same when he sang "Hurt" (written by Trent Reznor of Nine Inch Nails).

Yeah, except the NDP can't possibly win shit on their own. If they don't form a coalition with the Libs this federal election, they'll be swept away for another 35 years and be a political party in name only like the Greens.

hi mizdarlin...yes it is sad because he was great. I must have watched te movie Woodstock about a hundred times. And although there are so many great songs, With a Little Help From My Friends, still makes the hair on the back of my neck stand on end. I've played the guitar since I was a boy, but that song drove me so wild I just HAD to try to play the soaring organ track on my school's church organ. Of course I had to pay for that, but it was worth it... ;)
As for the idea of a coalition I've always supported one, and in the New Year I intend to be far more vocal about it....

hi Gyor...as I said before, it doesn't matter what either leader has to say about a coalition now. If one is needed to defeat the Cons, they will have to form one or face the wrath of Canadians...

hi David...you're right. John Lennon was once asked about Cocker's version of With a Little Help From My Friends which he and Paul McCartney wrote for Ringo Starr. And he said, "I guess it's his song now." How right he was...

Wishing you and Seb a very Merry Christmas and all the best in 2015.

I don't often respond to your amazing columns, despite agreeing with 99.9% of everything you write (I read your blog every day - part of my daily routine). You tell it like it is, with no holes barred. Who can argue with that? Without a doubt, King Harper probably has you under 'watch', but you have eluded to that fact in previous articles. My respect and admiration for your determination to keep on blogging, in your honest, heart-felt, passionate and fearless way.

I feel your pain and can only hope there is a massive wake-up of citizens (and opposition politicians) in this country before the next election. My gut tells me not, but one must have hope....to keep the dream of returning to life in a better Canada alive.

Take good care and all the best of the season to you.

You can tell the presence of an ideologically blinkered Dipper when they talk about a federal NDP majority government, because that kind of talk shows a complete lack of understanding of the Canadian voting demographic. The best chance EVER for the NDP was in 2011, between Layton guiding the NDP having all the warmth charm combined with the having survived serious illness to comeback (while apparently hiding resurgence during the election campaign, but that came out only after), a CPC leader held in contempt of Parliament, and a Lib leader who had alienated his own party in both caucus and in the wider base. Any Dipper that failed to learn the lesson from 2011 that the plurality of voters are swing centrists, not progressives, who care much less about policies being "progressive", and much more in line with traditional Canadian centrism, well they clearly do not understand the truth of the Canadian electorate.

If the polls are at all accurate, and the fact that the Libs have been in the lead for well over a year make that a real possibility, then if there is a coalition it will by the Trudeau Libs that are the clear senior partner, not the NDP, yet that does not even to appear to occur to this Dipper partisan.

I do think Trudeau and the Libs are open to coalition if necessary after the election, but they are refusing to play the Harper game on this issue beforehand. Me, I want a Lib majority to avoid the likely Constitutional Crisis Harper will launch if there is a minority situation, because it is the only realistic outcome which prevents Harper from launching that crisis, because he will to maintain his hold on power.

Hardcore Dippers hate it, and may refuse to admit it, but the ONLY realistic way to remove Harper is through the Liberals based on the actual voting demographics of this nation as shown not by polls, but by actual election results. This is not news, btw, and it is why some of us anti-Harper at all costs people have developed such an anger towards the NDP for allowing this man to gain power, let alone majority power because the NDP were more concerned with their own narrow partisan electoral interests than the wider principles they once stood for protecting and the nation itself.

The NDP since Layton lost the right to call itself a different kind of party, a party of principles first, and joined the ranks of the parties that place power and expediency first, yet they still want to wear their old cloak of principles, all so that those blinkered like Gyor will stay in their base. The rather smug sanctimonious tone the NDP had when it was a party of principles first was bad enough, but now mingled with the stench of hypocrisy it is truly becoming offensive, enough to make a person puke.

I valued the old NDP, and if they had stayed true to their nature they actually had a real chance to form a government years ago, but instead they folded at the worst possible time for themselves and the nation, and now are reaping their reward for doing so IMHO. If the threat from Harper were not so serious I would be laughing about it, but instead I continue to weep for the partisanship that somehow equates the Liberals with the CPC despite the record showing the massive fundamental differences between ANY Lib government and what the Harper CPC actually HAS done!

That is what I find the most offensive, one can see by the actions of the respective governments and the way the Harper government has repeatedly committed unprecedented acts as a government to show that Lib Tory Same Old Story is so much fantasy bullshit with the CPC, yet we are still seeing it from those like Gyor. They are Harpers best allies for power, and they refuse to accept/see it. Thanks a lot.

Hi Wendy...thank you for this sweet comment, and Merry Christmas and a Happy New Year to you and yours!! I'm quite sure the Cons have me on their special Xmas List, and would like to carve me up like a turkey. But I'm not scared of them, and I would rather die than submit to their depraved rule. Their total lack of decency offends me, I will not rest until they day they are defeated. And yes Seb is still my rock of Gibraltar, or the Saguenay, my inspiration., and my most excellent bodyguard. And our dream will come true. Here's to a great 2015 and the year of our Liberation !!!!