Stephen Harper and the Monstrous Legacy of the Con Regime 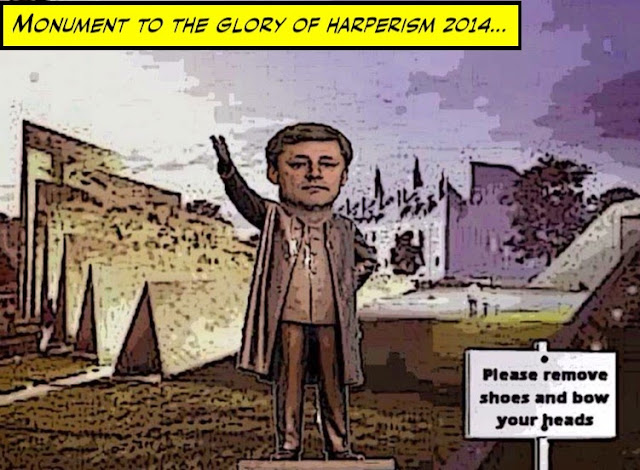 It will probably be years after Stephen Harper and his monstrous Con regime are finally driven from office, before we will be able to total up the damage they have done to this country.

And it will take me a couple of days to go through the more than 400 posts I have written this year chronicling their crimes against Canada, to try to decide which of those crimes deserve the longest prison sentences.

But this is a pretty good list of some of their most ghastly moments in the grim darkness of Harperland in the year 2014.

And it does tell us just about all we need to know about that alien Con cult. 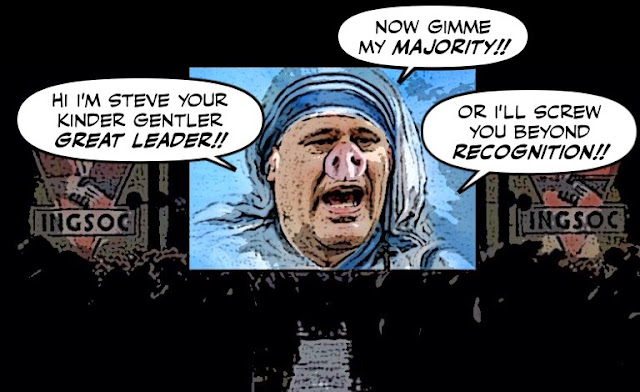 Because when you start with bestial acts of its deranged and morally depraved leader, who would do ANYTHING to cling to power, so he can change our Canada beyond recognition.

And you add to that the cowardly brutality of Julian Fantino... 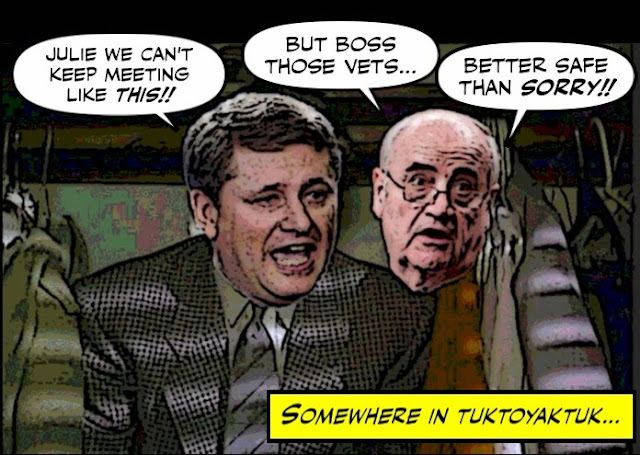 Who would wage war on the old and the wounded, and then run from them along with his fearless leader.

And you remember the callousness of the yapping stooge Leona Aglukkaq...

Who would deny the reality of hunger, and climate change, as only a Con could.

And you recall the aggressive incompetence and idiot misogyny of Peter Dumbo MacKay... 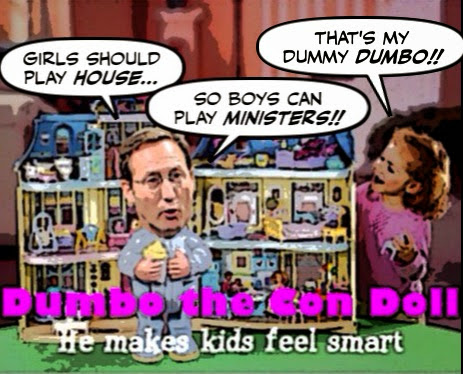 Who would begin the year insulting women, including the Chief Justice. And end it by appointing an anti-gay judge, and trying to turn us into a police state.

Or you can't forget the equal incompetence, and stunning hypocrisy of the religious fanatic Jason Kenney... 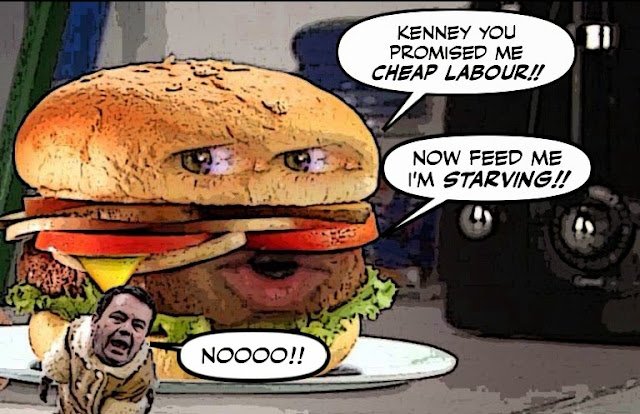 Who would flood the country with foreign workers, and then claim he's the solution not the problem.

And when you add all that up, and remember that there is so much more where that foul stuff came from, two things are clear:

The Harper regime is the worst government this country has ever known.

And nothing Stephen Harper and his cowby thugs have done is as damaging as what they have done to our democracy. 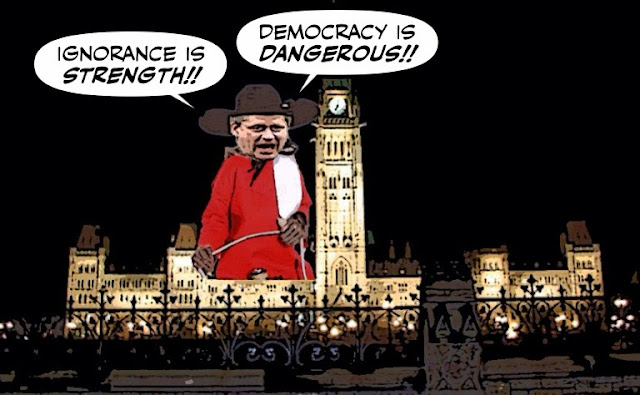 Many Canadians are heading to the polls in 2015 worried about the potential for the “illegal manipulation” of their votes, and showing as little trust in elections as people in some Latin American countries.

A survey of 26 countries in the Americas found that Canadians’ trust in elections is relatively weak, with only one in five (21 per cent) expressing “strong trust” in elections.

For it tells us how low we have fallen. And how criminal is the Con regime.

But the more startling finding is that nearly 70 per cent are concerned that political parties may try to “manipulate the outcome of future elections through illegal activities.”

Who would try to steal one election, and instead of pursuing the guilty, or correcting the problem, have instead made it easier for themselves to try to steal the next one. 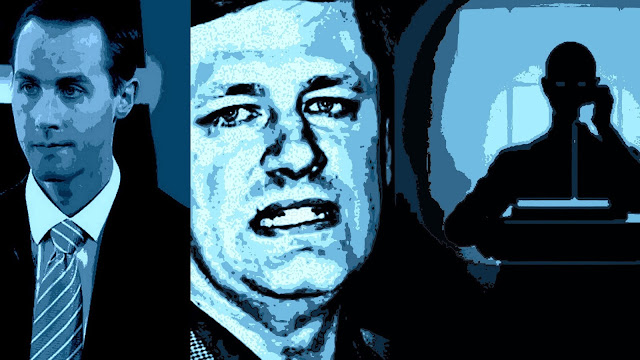 And the good news? They will not get away with it this time as easily as they did the last time. Canadians know something is wrong.

“I think they have a heightened awareness and a suspicion after the discussion around robocalls that something was not right, but it’s very technical and they don’t have a full understanding. It has them paying more attention to election issues and could even result in higher voter turnout.”

More of them will turn out to vote than ever before, if only to punish Stephen Harper who many don't trust as far as they can spit, or hork.

His trust levels have remained unchanged in recent years, putting him among the least-trusted of the 26 national leaders in the hemisphere. This year he was fifth from the bottom and ahead of Guyana, Costa Rica, Peru and Trinidad and Tobago.

We will use all their crimes against them in the election campaign to damage them beyond recognition. 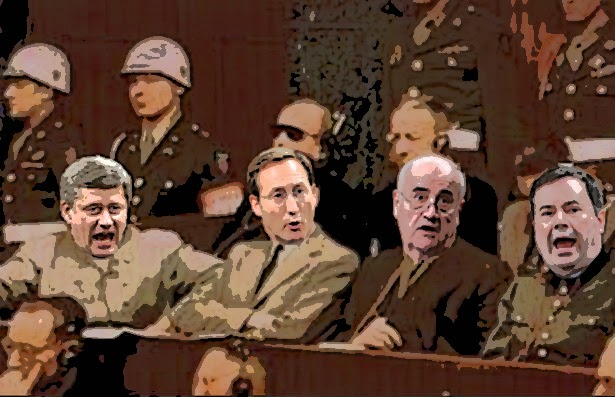 And punish them further after they are defeated.

So while Stephen Harper's foul legacy may be deeply damaging, and will take many years to heal.

He will be its greatest victim. Remembered as a poisonous little man who corrupted everything he touched, was harshly condemned by history.

And repaid in full measure.

With the contempt of his people... 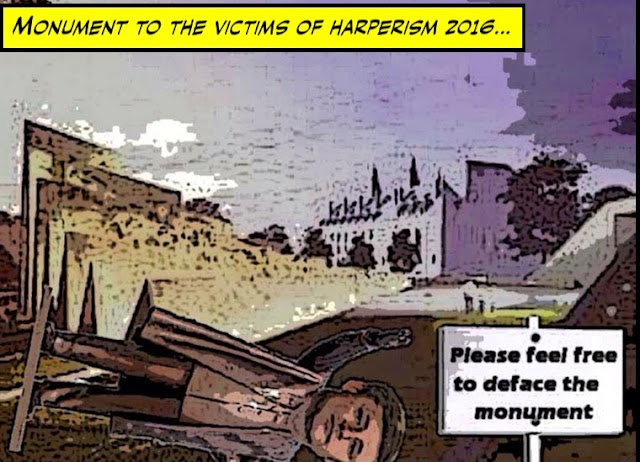 Gosh. Won't that be a great sight?

Could 2015 be the greatest year EVER? The year of our LIBERATION?

Dare to believe it. The tyrant will be toppled. Our long and dark nightmare is almost over.

And a new and brighter day is dawning... 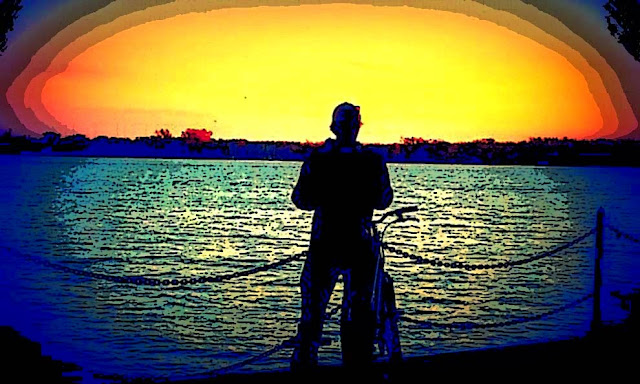 I'll believe it when I see it.

Then, I'll have to wish for victorious anti-harpers who decide to hold harper accountable rather than "looking forward, not backwards."

If the harpercons 'win' again there will rioting in the streets, student marches, crowds blocking 'commerce', defiling of political offices, worker strikes, police shaming and so much more until his 'supporters' turn on him and feed him to the electorate.

I'm sorry to say I'm with thwap on this one.

With Harper selling Canada to Communist China with his FIPPA deal? I have no idea why Harper isn't in prison, as a traitor doing acts of treason? Harper forced China upon us and no-one I know, wants China on our Canadian soil what-so-ever. Harper's FIPPA deal was so secret he met China in Russia, to plot his evil deed behind our backs as usual.

The opposition has done what, about traitor Harper's dirty treason deeds?

Their trade deals drive me nuts. I think we can probably sell more pork chops to Europe, without inviting large corporations to sue us for $millions.

It's just too bad. If you were born 40 years earlier in Russia you could have had a lucrative career writing for Pravda.

Let's keep the next Federal Election fair: - sign the petition!

hi thwap...I understand why you feel that way. Harper land is a place where hope goes to die. But if I hadn't clung to hope, I probably would have died at the age of fourteen. And there is reason to believe in a hopeful outcome. Harper is running against history, he is widely despised, the economy is heading south, and polls show that many Canadians want change. Throw in a scandal or two or four, and although it's dark now, the future has never been so promising...

hi ron...I agree, should the Harperites win again, it will send a shockwave rolling across this country, change it forever, and maybe even destroy it. And the good news? It will be almost impossible for him to win anything more than a minority, and the people will demand that a coalition be formed to drive the Cons from power. And if he wins a majority, the pressure to unite progressives will become irresistible. And once we do that the Cons will be gone for a generation...

hi Scotian...well as I told thwap I understand why people feel that way, especially at this time of the year. But morosity only breeds helplessness. And hope is the force that will drive us towards a better future. A lot of things are dying in this country, but they will only make room for a brighter future...

hi Hugh...I agree with you, but until the progressive parties can get off their asses and better communicate what is happening to the herd of complacent Canadians, they will graze in their ignorance, and our sovereignty will be fatally damaged...

hi Wolfer...well I could say the same of you. If you had been born earlier you could have worked for Dr Goebbels. Achtung baby !!! ;)

hi hinofan...I've already asked my readers to sign the petition, and I will do so again. But what I'm also suggesting is that we form poll patrols all across the country to make sure our democracy is protected, and that they can't steal the next election....

Rioting in the streets? From the left? Don't make me laugh. Besides it would be open season, no bag limit, on pinkos if they did.

Simon you are certainly witty! Love you man.

I've always said I will not count Harper out of office/power one second before I see it actually happening, he is simply too dangerous to view any other way. The point I was really agreeing with thwap though is my fear that the next government will not do the hard job of proving the not just incompetence but criminal conduct/corruption, especially the anti-democratic criminal conduct/corruption of the Harper regime and have charges pressed, or at the very minimum a serious Public Commission to expose the skullduggery for all to see.

This is not the usual partisan dislike of a government, this is a government unlike any prior in Canadian history, and it has systematically done all it can to destroy the fabric of our government and society, from arms length Crown corporations, to Parliamentary oversight bodies to even the RCMP and Revenue Canada being turned into partisan arms of the CPC/Harper government. All of this needs massive exposure and where appropriate prosecution, just as was true with the Criminal Cheney Presidency and the failure of Obama and the Dems to do so is something I fear seeing repeated here. That is why I agreed with thwap so simply, because I think that is a very real concern even after Harper is removed, and that removal until it happens should not for a moment be seen as the probable outcome, that kind of thinking simply cannot be seen as acceptable when facing a threat such as he.

I still have hope Simon, but I am also a realistic optimist, not one that forgets the reality of things while looking for the positive in life. I also recognize just how fragile a nation we have institutionally speaking, and that the damage Harper has already done is massive, and the possibility of it being too far gone cannot be ruled out even now, let alone if he manages to retain government past the next election be it majority or minority. I don't like having to look at it that way, but the reality is what it is, not what I wish it were, and the reality is Simon sometimes all too much death creates is a barren wasteland, not a brighter future, and to not also acknowledge that potential is something I cannot do even while hoping we are still short of that dire an outcome.

Captain Closet has done us tremendous damage on so many levels that it is folly to simply assume it will be all that easy to repair, or even able to be repaired at all. As I have said before his approach is to be the Destroyer and Salter of the Scorched Earth, and that kind of approach to governing in a system like ours for as long as he has held power, well the potential irreversible devastation cannot be understated IMHO.

I don't agree with thwap on a lot of things, but here is one of them, which since he is to the left of the NDP and I am an old fashioned swing centrist is yet another sign of just how bad it has gotten out there.

thwap we are going after the Harper wait for it 'gong show' it will take time and money but the sleazy cons must pay jail time for what they have done. I will keep you posted as things develop...

They the sleaze bag con's led by their "closet Queen" have broken far to many laws. Now its time to bust them and throw them in their own magical tortuous prisons...

Crimes against Canada! Oh the Humanity!!!

Unknown said...
This comment has been removed by the author.
4:14 AM