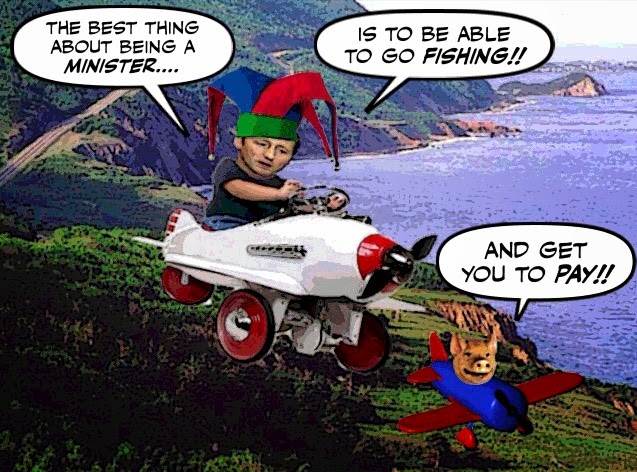 Once upon a time I thought that Peter MacKay was a fairly harmless Con buffoon, of limited intelligence, masquerading as a minister.

The happy idiot who was easily conned into selling the once proud Progressive Conservative party, and his soul, to Stephen Harper and his Reform rednecks.

The hopeless loser who shamelessly used his neighbour's dog to try to guilt out his ex-girlfriend Belinda Stronach... 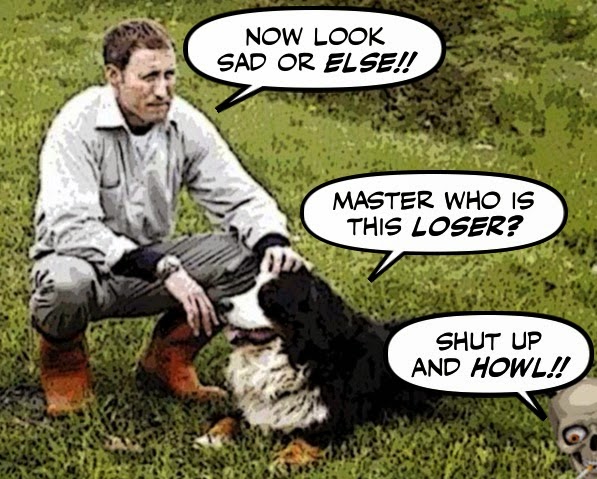 For having had the good sense to break-up with him.

But now I'm starting to think that Dumbo MacKay is morphing into something far more sinister.

Several weeks after the Ottawa attack, Canada’s top law-enforcement official now says the gunman was not only inspired by Islamic State, he may have been in direct contact with the group.

A shameless political thug who would try to turn the insane act of a deluded drug addled religious fanatic, into some kind of terrorist conspiracy. 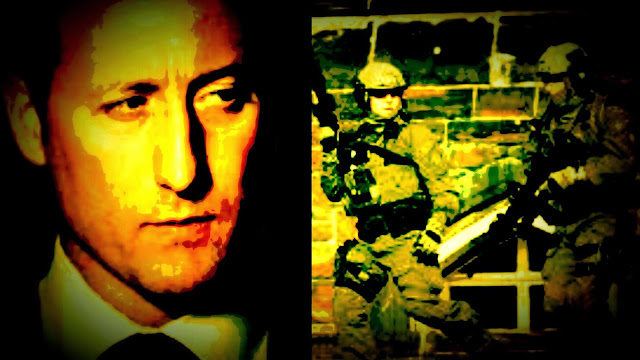 In late November, Justice Minister Peter MacKay told me in an interview that not only did the Canadian government believe that Zehaf-Bibeau and Martin Couture-Rouleau, a Muslim who drove over two soldiers only days earlier, were radicalized by the Islamic State, they now suspect both men may have been in direct contact with the group.

And use it to try to justify the Con regime's Orwellian surveillance bill that would turn us into a police state.

Ottawa is pushing a new law that would broaden police powers to conduct surveillance and ease preventive detention. The changes are controversial but necessary, according to MacKay, adding that if such laws had been in place before the Ottawa shootings, “We might have been able to pick up and even deter some of the signals that were coming from these individuals.”

Even though police already have all the powers they need to protect us from homegrown terrorists, and better mental health services might have prevented both attacks.

Even though Dumbo himself, even after trying furiously for over a month, has no evidence of any vast terrorist conspiracy... “I don’t know that for certain, we have that suspicion, let’s put it that way,” he said, referring to “statements both of these individuals have made to others.”

And he's no genius eh?

And even though the RCMP Commissioner Bob Paulson won't release the gunman's videos so we can judge whether he sounds like a committed terrorist, or a raving MANIAC.

But then you know why Mackay is doing it.

To please his depraved master who needs to make it sound like we are under attack... 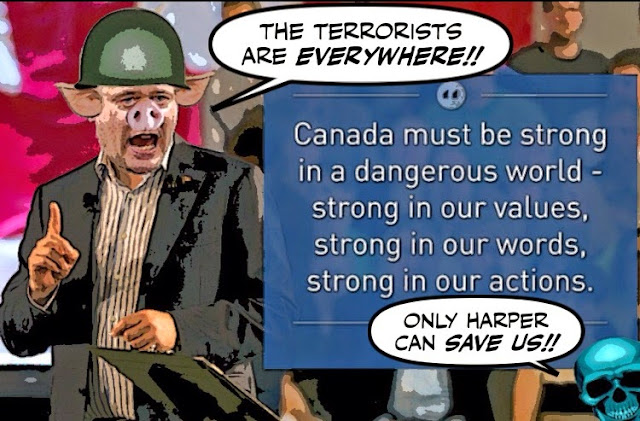 So he can kick the Fear Factor up a notch and try to scare gullible Canadians into voting for him.

Because war fever is fading, so is the Fear factor, his polls are slumping again, and he must really hate stories like this one.

The cry will now go up for fresh powers. We’ll hear that old freedoms have to be curtailed and traditional restraints ditched in the interests of public security. There will be a clamour for grim legislation.

Australia was not changed in the early hours of this morning. But it may be changed if these terrible events in Sydney are used to drive another agenda altogether: the criminalisation of the press and the needless extension of surveillance into the lives of all of us all in the name of fighting terrorism.

Because the last thing he needs is to have the Australians expose the way he has conned  Canadians.

But then of course, he's a monster, who is trying to turn Canada into a police state,

And I'm right about about Dumbo.

He is as dumb as a spoon, but he's no harmless buffoon.

He's a creature of that monster.

And something far more sinister... 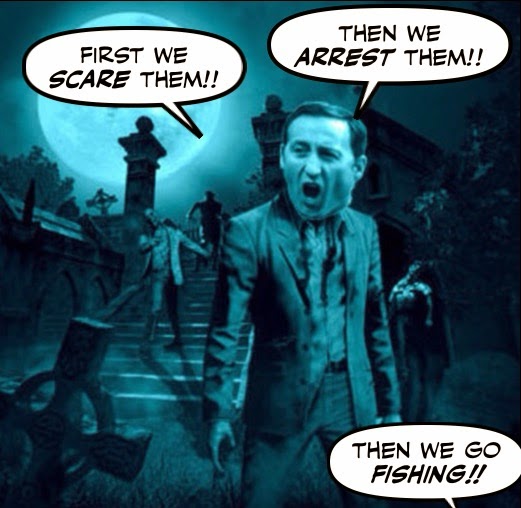 12. Obsession with crime and punishment. Most of these regimes maintained Draconian systems of criminal justice with huge prison populations. The police were often glorified and had almost unchecked power, leading to rampant abuse. “Normal” and political crime were often merged into trumped-up criminal charges and sometimes used against political opponents of the regime. Fear, and hatred, of criminals or “traitors” was often promoted among the population as an excuse for more police power.
Murray Dobbin, rabble.ca, September 28, 2006: “Combatting crime is one of the “core” activities of Canada for Harper and all neo-cons.”

A few years ago, I believed that Peter Mackay had integrity ; I liked listening to Mike Duffy chatting on the ATV news ; and for a brief moment in time, I thought Danny Williams was the greatest thing since sliced bread!

Frank McKenna appeared as a "decent politician"........has a great smile!

I imagine you can tell that I'm a "white-hair" from Atlantic Canada? YES! and proud to be a Canadian.......pray it stays this way until I'm gone!

The moral of my little rant is that if you don't educate yourself and really pay attention as to what is happening around you, then you will never be part of the solution, but always a part of the problem!

Be honest! Federal Election 2015 is fast approaching........who do you wish to represent you? Your choice.


“I don’t know that for certain, we have that suspicion, let’s put it that way,” -Pete the F-35 Fleet Fool on Parliament Hill...

About sums up the whole Harper government does it not Simon? They have suspicions and based on that they can do whatever damage they want.

I never thought much of McKay one way or the other until he broke his promise and lead the Tories to join the Reform party. After that, I figured he had no ethics or principles at all.

What I had not realised was how incompetent he was/is. That stood out during his "career" at DND.

How quickly mainstream media forget – especially when it comes to holding the Harper crew of social misfits accountable! Amid all the criticism of the CIA torturing people under its rendition program, the media don’t seem to remember that Canadian forces turned something like 1,000 Taliban prisoners over to the brutal and sadistic Afghanistan military over a 10-year period. Did the Afghan’s torture many of those prisoners, and should then-Defence Minister Peter MacKay had the common sense to realize they almost certainly did? But instead of admitting the truth, McKay and the Cons clammed up, refusing to allow media to get their hands on damaging files. A reminder that, under international law, a country that hands over to a prisoner to certain torture is liable for war crimes prosecution. Every time I see McKay, I think of this.