Stephen Harper and his CRA Stormtroopers Prepare to Kill a Charity 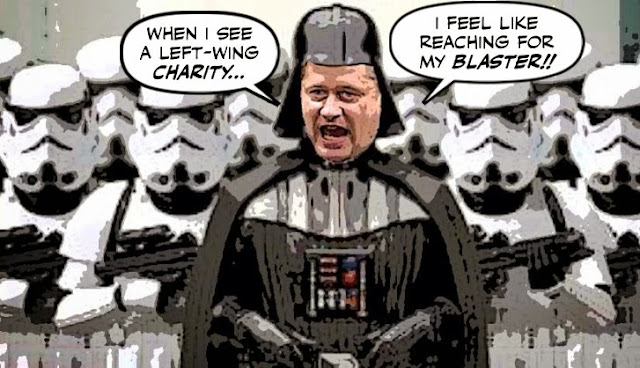 For months Stephen Harper has been unleashing the stormtroopers from the Canadian Revenue Agency upon his many enemies.

They have been harassing environmental groups and other progressive charities, and trying to cripple them into submission.

But now it seems they have claimed their first victim, and are preparing to blast it out of existence.

Alternatives, a small international aid group in Montreal, may become the first casualty in the Harper government’s stepped-up scrutiny of the political activities of Canadian charities. The charity has worked in developing countries for more than two decades, but was told in the summer it faces revocation of its charitable registration, a move its organizers say would crush the group.

And what makes this even more outrageous is the reason, or excuse, offered up by the CRA to drive that little group out of business.

Alternatives, though, has been hit with a more devastating finding: the very basis of its work, sending dollars to Third World countries to help local groups promote health and education, has been declared non-charitable. A seven-page revenue agency letter from July 14 says, in part, that the group fails the test because it does not itself administer its programs on the ground in the dozen or so countries it helps.

When the real reason it has been singled out for punishment seems only too clear. 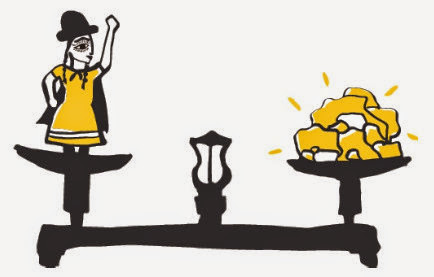 Alternatives' mission is to create a world where international solidarity, environmental rights, democratic rights and human dignity are universally respected.

No matter what the Harperite cult says:

Revenue Minister Kerry-Lynne Findlay has said repeatedly that public servants make their own decisions about audits free from any political interference or input from her office.

And what also seems clear is that nothing can be done about this outrageous situation until the day that Stephen Harper and his foul Con regime are finally defeated.

And the CRA stormtroopers are asked to account for their actions.

But both those bullies can be sure of something eh?

Justice may be delayed. 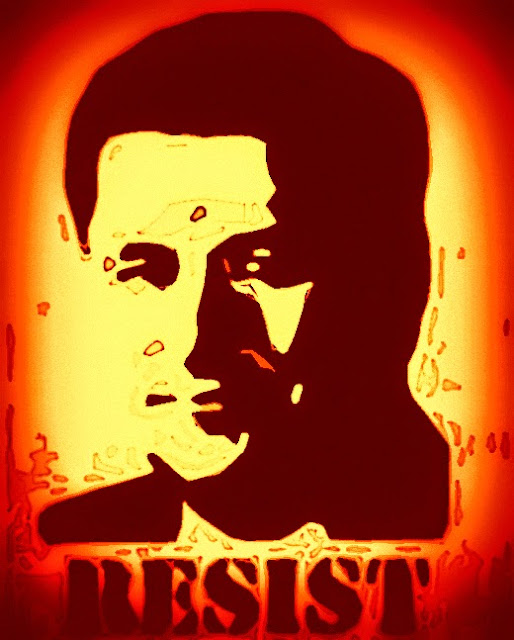 I've been thinking about what it means to be a member of "the general public." This is going to zip right over the heads of 95% of the electorate. Somehow.

I was thinking yesterday about the pervasive hunger and malnutrition in Canada's Arctic, that went along with pictures of people foraging for food in garbage dumps. "Idle No More" has had a negligible impact on the consciousness of "the general public." Because peaceful rallies, flash-mobs, marches, etc., don't get reported the way non-existent WMDs did.

It will be up to the 5% of Canadians who care about ALL this stuff to use their numbers more tactically.

Stalin, Hitler and Mussolini were all paranoid control freaks and Dictators. Harper is a control freak dictator too. Did the weekend bird watchers have their budget taken from them by Harper too? I don't recall the CRA saying so?

Harper is the worst and vile entity Canadians have had to cope with, since Hitler and WW2. Now Harper has sold Canada to Communist China, with his FIPPA deal. Harper's evil is non-stop, we are going to have to do, Harper's evil back to him.

From the CBC article:

"Only one other charity, Toronto-based Environmental Defence, has come as close to deregistration as Alternatives, but it has been given a reprieve of sorts."

So, Simon, can anyone please tell me how come The Fraser Institute" widely known as a right wing think tank (although more recently referred to by the pro-right wing media as a "prestigious think tank" continues to maintain its charitable status and apparently has very much received a hands-off attitude from the CRA?

Luly because they helped make the Harper cons get in to federal power. Simple as that cheating Yes that is what the Harper cons do best. Ex Calgary School @ U of C Professor Tom Flanagan a top dog good member in standing of 'The Fraser Institute' and made Harper cons and did I mention he is an American? Tommy boy red neck right wing absurd bastard trained Harper and his cons in their evil ways. He is a lead hand @ the so-called Fraser Institute funded by none other than the evil US right wing lunatic Koch brothers. Harper would lick their boots on command he is just a house boy... It is all about the chain of command why would Harper bite the hand that feeds him?

Support First Nations Thwap it may be our only and last hope...