The Montreal Massacre and the Con War on Women

And now it has been twenty five years, since that that snowy day in Montreal, when a man with a gun stole the lives of so many young women.

And this year that sad anniversary has never seemed so poignant and painful, with all the stories in the news about the never-ending violence against women.

As if we had learned nothing, as if they had died for nothing.

As if we had forgotten that it was that same bestial, senseless, cowardly hatred that drove their killer to unleash his murderous violence upon them...

It was such a horrible massacre, it should have shocked us into action. And for a while it did. Until Stephen Harper set out to destroy their precious legacy by destroying the gun registry.

And is STILL trying to turn their sacrifice into a grubby wedge issue.

On the morning after the tragedy, few could have imagined that a quarter of a century later the federal government of the day would think it was good politics to highlight its latest efforts to ease Canada’s gun control regime against the backdrop of a deadly anniversary.

For he too is a bully, a beast, and a grotesque misogynist, who has targeted the rights of women, and waged his stealthy war on them from the day he came to power... 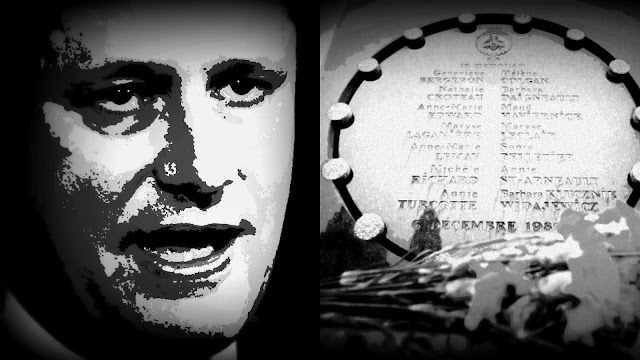 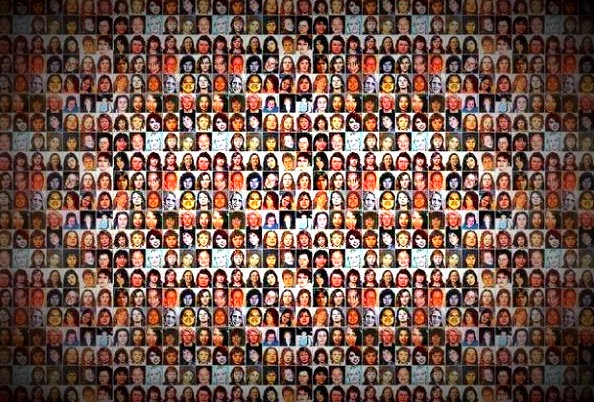 And the whole situation is so disgusting, it's enough to make me vomit, or feel like putting my fist through a wall.

But on this day I try not to get angry. Because for me the precious legacy of those murdered women still lives. I too want a kinder, gentler world. So I like the way Nathalie Provost, one of the survivors of that bloody day remembers her dead friends.

Nathalie Provost searches in English for the words to describe how she deals with the memory of that day, 25 years ago, and falls back on her mother tongue: “J’ai planté des fleurs.” I planted flowers.

“We cannot stay always in darkness. Life is already tough. If we stay in guilt, if we stay with sadness, if we remain angry, we cannot realize our dream. In order to realize our dream, to go forward, we have to grow flowers, even in dirty lands.”

Because I'm sure that's what those women would have wanted.

As do those who loved them, and still mourn their loss... 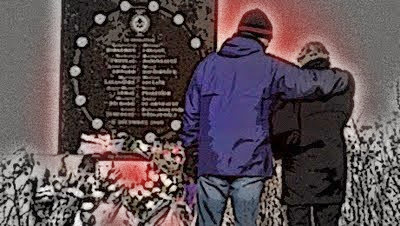 And all the women they have inspired to carry on the struggle against the hatred that kills, and for the right to be free from violence. 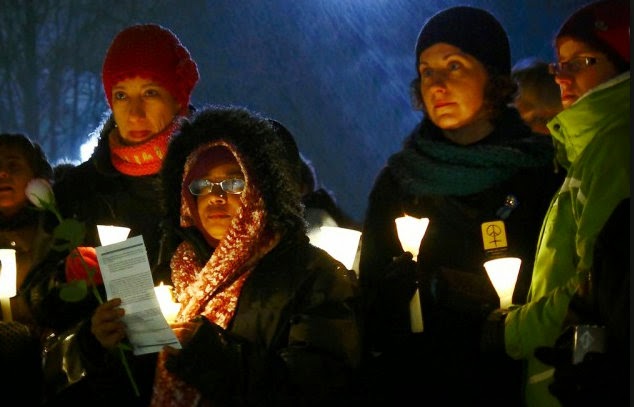 And all the men and boys who light candles to them too... 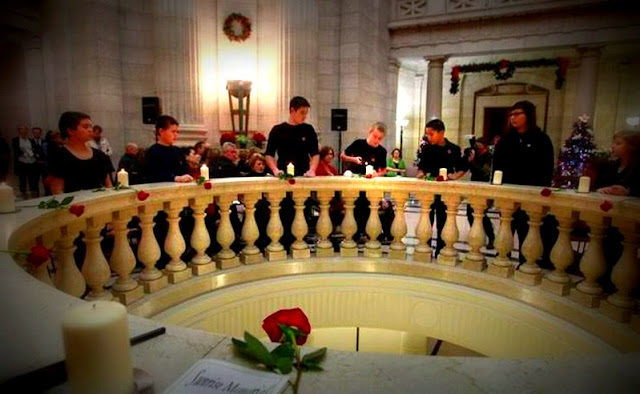 Who fill me with hope for a better future, even in a dark and dirty land like Harper's Canada.

For if he thinks he has killed their legacy, he is wrong.

Their values will defeat him.

And their legacy will live forever... 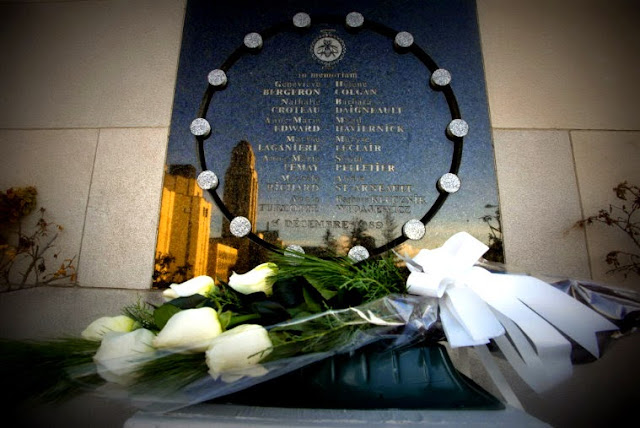 No one has made more indecent use of the Montreal Massacre than has the anti-gun lobby. Canada's firearms licensing system was indeed tightened up following the massacre, and rightly so. And there is no indication that Harper entertains any serious thoughts of undoing that. But you can count on the anti-gun lobby to use this anniversary every year to air their insatiable wish list of irrelevant measures, motivated not by public safety, but by a desire to shove their insipid eastern urban culture down everyone else's throat. No matter what new measures are put into place, they will always want more, more, more. And they will always be the loudest around this time of year. You can count on that.

A truly sad post Simon. What do they say, lest we forget?

Its that day again? The yearly Dec 6th macabre grave dancing day? I really wonder if a man had been killed, along with those 14 women, f it would have spoiled that sad event's propaganda (and fundraising) value to certain groups?

hi Jim...Well that's your opinion I see it differently. I see the anniversary as a way to remember those women, and commit to the struggle against violence against other ones. I wrote one line about the gun registry, while you wrote considerably more than that supporting the gun lobby. I do believe in gun control, I believe he Cons are relaxing controls, and I don't want our society to become a carbon copy of gun crazy America. But I'll save it for another day and you should too...

hi anon...yes it is a sad story. I used to snow board on the mountain not far from where it happened, and one moonlit night as I whizzed down towards the other side, I saw a guy who looked just like Marc Lepine sitting on a tree stump. Life is strange indeed...

hi anon...try to be a little more classy please. Have you no respect for the dead or women? The whole point of the story is that he only killed women. That's what is so horrifying, and I'm just remembering,not raising money for anyone...

Did any Cons besides Kim Campbell show up at this ceremony? What about MP Kellie Leitch?

The reason that there wasn't a single male killed is that he separated the men from the women before he killed the women. This was not a random act of violence, it was targeted at women. Moron.

What ever class this sad event ever had vanished long, long ago. Now it is the "hate and rage against all men day, plus guilt people out of money too". The families have the right to morn their love ones, but this is maudlin parade makes these women out to be some kind of martyrs, which they were not.

They die at the hands of a madman, which means they died for nothing. Sad, yes. But true.

The stupidity and hatred of Human nature is saddening in it's limitlessness.

and when harper and his cons came to office the first thing they did was de-fund women's groups. then we have some sob sister crying about marriage and thinks the latest assault on women with this new bill is a great thing..........Ya right, now what we they saying about the "terrorist" in the middle east. That young man scares me a hell of a lot less than harper and his herd. they are the scary ones. they strike terror into people.