Stephen Harper and the Never-ending War on Women 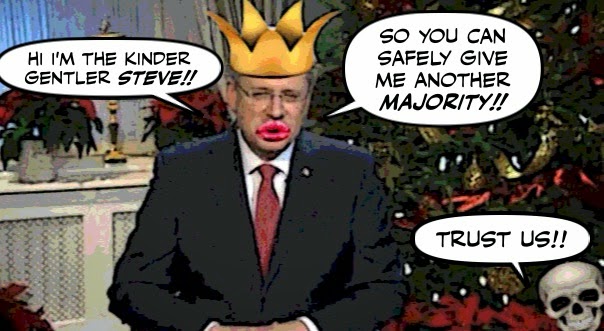 Well as we know he's trying to pose as a kinder, gentler leader. And as I pointed out in my last post, that phony act has given him a big boost in the polls.

But you can't put lipstick on a Con monster like Stephen Harper.

Because he simply can't help himself. And here he goes again.

Health Canada is taking its time to finalize their decision on whether the abortion pill should be accessible for Canadians. In fact, the regulator is more than doubling its ruling period for the drug, with the deliberation lasting over 700 days versus the standard 300.

In 2013, the Canadian Medical Association Journal dubbed it the "gold standard" in providing non-surgical abortions during the early stages of pregnancy, but that hasn't sped up the government's approval or disapproval process.

And even though it would help countless women, especially those who live in rural areas.

Still he would play politics with their lives, just to pleasure his rabid base... 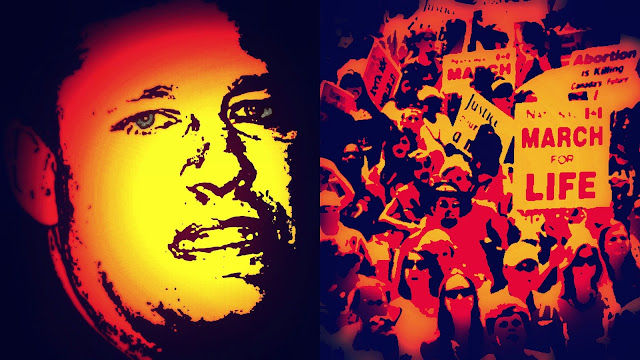 Mary Ellen Douglas, national organizer for the anti-abortion Campaign Life Coalition, told CBC News earlier this year that "it's just not something that should be brought into Canada."

"It is abortion ... and of course we wouldn't want it for that reason."

Even if that means politicizing Health Canada, just like he has politicized the Canada Revenue Agency, and is using it to intimidate and punish his enemies.

While his minions scamper around trying to conceal the evidence.

The Canada Revenue Agency has destroyed all text message records of its employees and has disabled logging of these messages in the future, the Star has learned.

But then why should we be surprised by anything that brutish rogue regime does?

When as I pointed out the other day, their depraved Death Cult leader has just thrown his base another bloody bone... 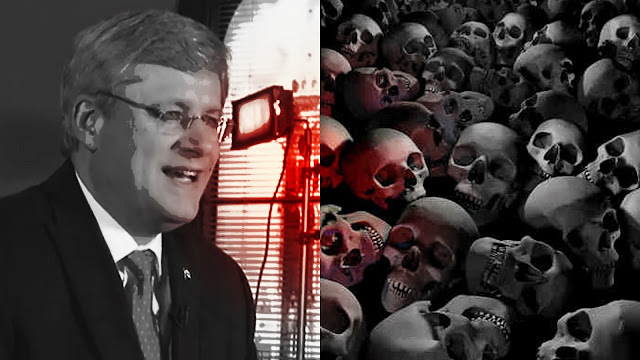 By appointing a judge who doesn't believe in the equality of LGBT Canadians, and is a hero to anti-gay bigots all over the world.

Why should we be surprised? When as one Globe commenter points out, he is also a secret religious fanatic.

Stephen Harper is a devout convert to the Christian and Missionary Alliance, an evangelical fundamentalist protestant Christian church that opposes abortion under any circumstances.

A member of a church that preaches that women should be "submissive" and that gays are an "abomination."

And bigotry runs in the family.

And all I can say is please call your progressive MPs and tell them to ask Stephen Harper why he made Bradley Miller a judge? And why is he playing politics, again, with the lives of women?

What doesn't he understand about the meaning of the word EQUALITY?

And why does he hate it so much?

For the sooner we rip off his Great Kinder Gentler Leader mask, and expose the monster beneath it... 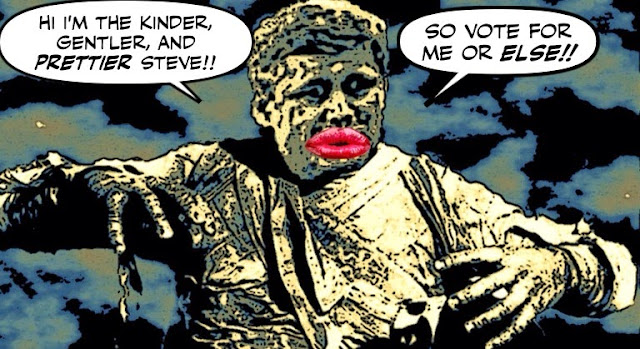 The easier we will defeat him.

And make this country safe again for ALL Canadians...

Just dropping in to wish you and Sebastian a very Happy, Healthy and Safe Christmas and all the best in the non-harper New Year.

AND a special big > thank you Simon for all your greats blog posts - a bright progressive light.

Simon, Stephen Harpers evangelical beliefs trump Canadian rights. He does not have a political agenda, he has a religious agenda. The withholding of approval for the abortion pill is only one example.

hi sassy...thanks a lot from me and Seb, and all the best to you and yours in our hopefully Harperless NewYear. And thanks for your kind comment about my posts. I never feel their good enough, but every little light counts in this grim darkness. You know even after all these years I still can't believe what's happened to this country. I have a pretty good imagination but I never could have imagined anything so awful. But as I said, the good news is that the nightmare should soon be over...

hi Pamela...yes I'm very aware of the theocratic strain in that foul regime, and beneath the surface, or behind the curtain, the situation is even more alarming. But now that it's becoming more obvious we will use it against them in the next election. That's why the case of that bigot judge is such a good weapon, for it can be used to illustrate his contempt for the legal system, his theocratic tendencies, and his abominable judgement...

Come election time in October (or sooner) 2015, thinking Canadians will again elect a Conservative Harper majority government.... BECAUSE, true and loyal Canadians will NOT vote to elect another PM from the corrupt, greedy, separatist nation of Quebec... AND YOU KNOW IT AND FEAR IT .... LOL