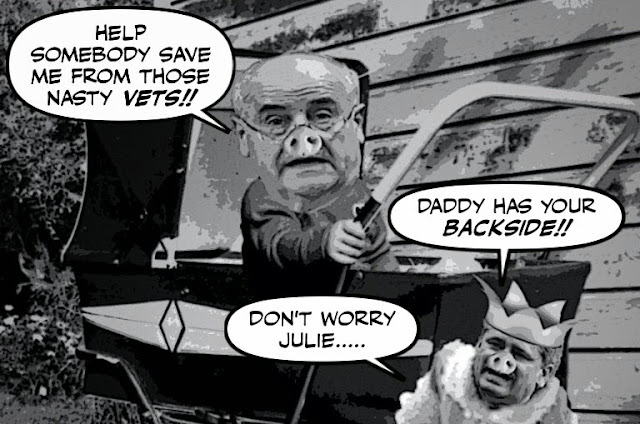 I didn't think it was possible for anyone to defend Julian Fantino, after all he has done to our veterans.

And after even the PMO thought he was so out of control they sent one of their top operatives to babysit him.

But apparently that wasn't enough, because there was Stephen Harper yesterday, snarling at his opponents, defending his beloved Julie.

Prime Minister Stephen Harper came to the defence of his embattled veterans affairs minister Tuesday as calls continued for Julian Fantino to resign and for the government to apologize for misleading veterans.

And answering this obvious question from Tom Mulcair:

"Since the prime minister clearly no longer trusts his minister, what is he waiting for to throw him out?"

"I gather even the leader of the NDP has a chief of staff, obviously watching over the slow descent of that particular party," he deadpanned, to the delight of the Tory caucus.

Even though he's not only sending one of his sinister operatives to babysit him, he's also made general Walter Natynczyk his Deputy minister to control him... 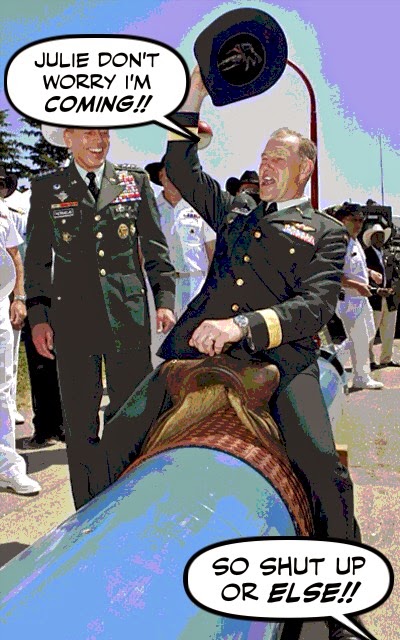 Which can only mean he doesn't have any confidence that Fantino can control himself.

And what else can explain that the Cons are preparing another multimillion dollar ad campaign to try to buff up his image... 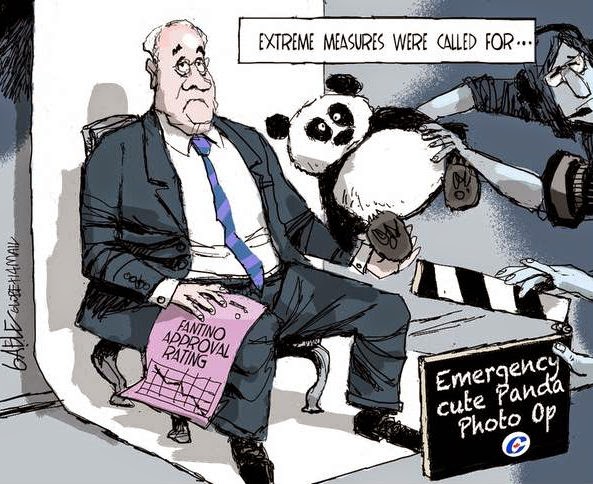 But of course Harper will hang on to his beloved Julie because he thinks he needs him to hang on to the swing riding of Vaughan. Even if that means betraying the veterans.

Or giving them the finger... 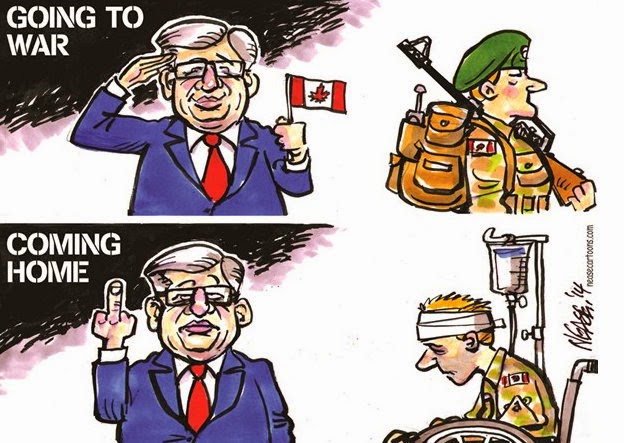 And since he's also defending his other hapless stooge Leona Aglukkaq, who if you remember, prefers to read a newspaper rather than join in a debate about hunger in her own riding...

By claiming that the people she betrayed "never had stronger representation."

What do you expect eh?

And the good news? I'm actually glad Harper will NOT fire Fantino.

So he can wear him all the way to the next election... 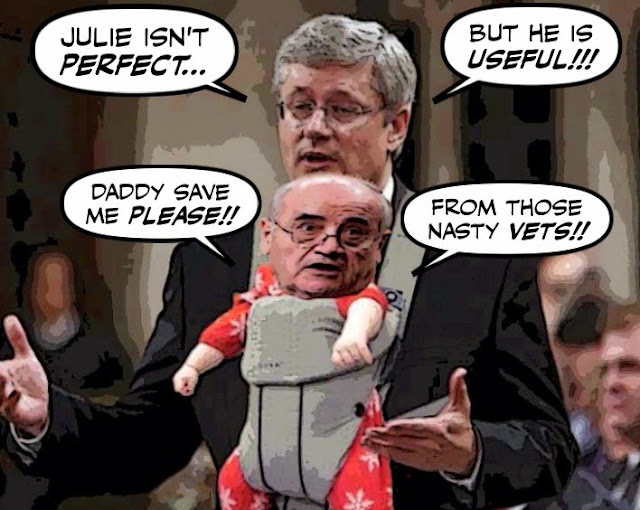 And in his desperate effort to save one riding, will lose many others all over the country.

Because that's exactly what will happen if Fantino isn't fired.

And since they do deserve each other.

They really should go down TOGETHER...

Actually it is harper who should go down. He tells them what to do policy wise and they are just stooges.

the actions taken by Fantino are most likely in response to instructions given by the PMO or some such thing. We do need to remember harper micro manages. Fantino however, maybe incapable of doing the job. He simply doesn't have the skill set.

It doesn't really matter who handles the portfolio. There won't be any changes which will benefit the Veterans. The Vets are now in court fighting with the government. Yes, there is a Vet, whose legs are missing and he is in court fighting to receive the benefits he ought to be entitled to. As he said, if this had been a work place accident in Canada, he would be receiving more and better benefits. The various WCBs across Canada pay out at a better rate than the feds do.

Fantino works well in this position, for the long end game, which is to get rid of the cons. Replacing Fantino will not improve the life of the Vets, only a change in government will do that.