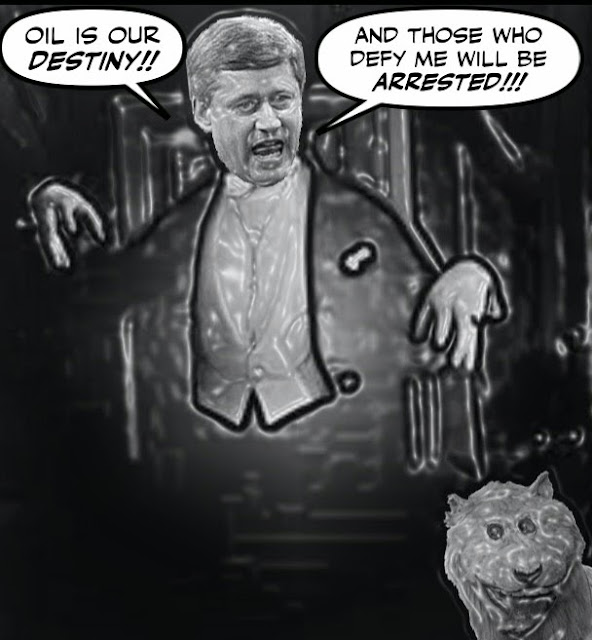 You think Stephen Harper might have learned his lesson. You think a tiny sliver of light might have penetrated even into his dark world.

You think he might have finally realized that his oily obsession is leading us to economic disaster.

Declining crude oil prices are taking a brutal toll on the Canadian stock market, as investors take a dim view of the country’s economic prospects in an era of cheap, plentiful energy.

But no, no he hasn't. He's sharpening his greasy fangs, and giving himself the power to jail pipeline protesters. 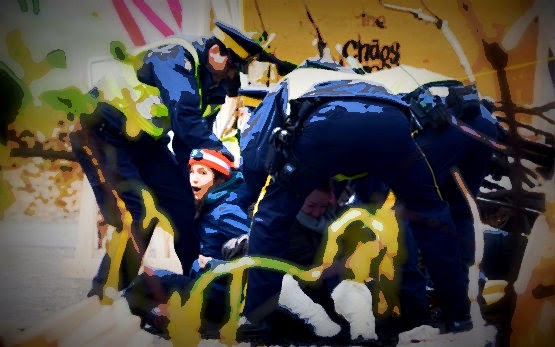 Federal Minister of Justice ​Peter MacKay says it "would be up to a judge" to decide whether or not to lock up protesters who stage blockades against energy pipelines or hold protests on railroad tracks if a bill introduced by a Conservative Party backbencher becomes law.

While sending out his lamentable stooge Peter MacKay to try to camouflage his sinister intentions.

When asked whether the bill would apply to pipelines and railroads, MacKay acknowledged that both fall under the definition of critical infrastructure, adding that "harming that kind of infrastructure would be illegal."

MacKay left out, however, that the bill doesn't just slap fines on those who damage infrastructure—it also criminalizes those who block its construction and use. C-639 singles out anyone who "obstructs, interrupts or interferes with the lawful use, enjoyment or operation of any part of a critical infrastructure." 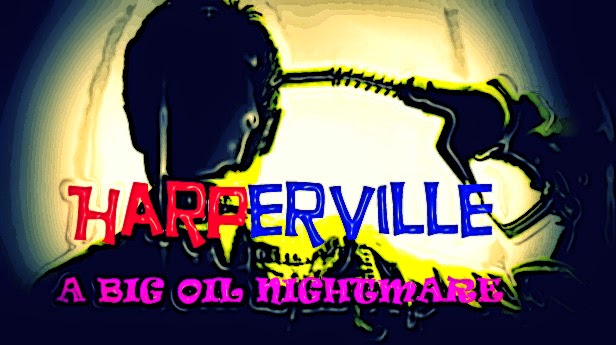 Where standing up for the planet can mean going to jail or paying a heavy fine. And Steve's oily horror show just keeps getting darker and darker.

And the good news? The environment will be a big issue in the next campaign. And if investors are already sending Harper and his incompetent regime this message:

The Canadian dollar fell to another five-year low of 87.10 cents (U.S.), down more than a third of a cent and offering another signal that investors are growing increasingly pessimistic about all things Canada.

And Canadians are already feeling the pain in their wallets.

He can forget about posing as a Great Economist Leader... 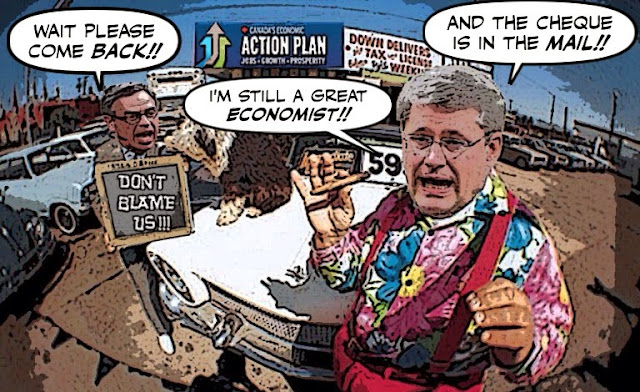 Because NOBODY will believe him.

And his plan to blow the surplus to try to bribe some Canadians, at a time when the economy is staggering, will only make him look even more reckless and criminally irresponsible.

He made his oily bed. 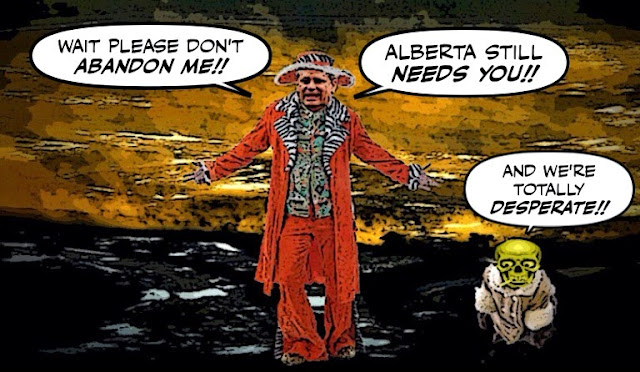