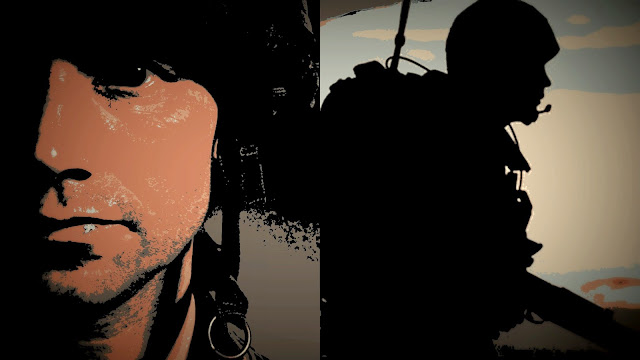 I've written many stories about the callous way the Con regime and the military treat our wounded soldiers.

But since nothing ever seems to be done about it, and I've seen the horror up close, I'm just going to have to keep repeating this:

Making soldiers choose between their pensions and their mental health is the absolute limit.

For members of Canada’s military, the choice to come forward about mental illness can be agonizing: Anyone deemed “unfit to serve” – due to mental illness, for example, if the Defence Department contends the illness’s roots predate military service – before having completed the minimum 10 years of service loses his or her pension.

“A lot of guys want to stick around and get that 10 years in and they’re not coming forward with the mental wounds they’ve sustained … they think they can deal with it by themselves. And the cycle of despair starts,” he said.

It makes no medical sense.

“Early intervention in PTSD makes a load of difference in terms of recovery outcomes,” said Donna Ferguson, a psychologist in the Work, Stress and Health program at the Centre for Addiction and Mental Health.

“The longer you go, the more chronic the symptoms will get … it becomes more and more entrenched. It becomes harder to treat over time.”

It can be fatal. 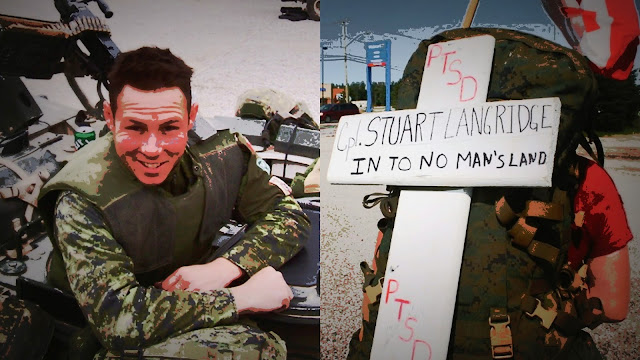 Mental illness in the Canadian Forces, as in any other population, can be destabilizing – and deadly. Master Corporal Denis Demers was found dead off base in Petawawa, Ont. earlier this month; sources have said he killed himself. His death would be the latest in a recent spate of soldier suicides.

Over and over again.

And at a time when Stephen Harper is wrapping himself in the flag again, and preparing to send the troops to Iraq.

To make himself look like a Great Warrior Leader... 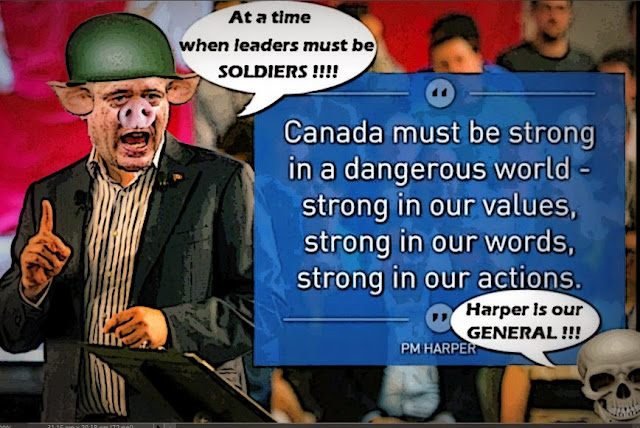 And has spent gazillions of dollars celebrating old battles, instead of helping our veterans.

And most of all it's not CANADIAN.

I shouldn't have to say that, but if they had told me just a few years ago that this would  happen in Canada, I would't have believed them eh?

I wouldn't have accepted then, and I don't accept it now.

It's not how we should acting to be true to our history and our values.

It's not how we once were, and must be again.

Oh well, Julian Fantino, Stephen Harper's hapless stooge, must decide this week whether to accept a report on a new Veterans Charter.

The report, tabled in June, includes recommendations that severely disabled veterans be supported “for life,” that those benefits be transferable to a spouse and that no one be medically released until he or she is in a “stable” medical condition.

It also notes that the military needs to do a more thorough job of ensuring a smooth health care transition from National Defence to Veterans’ Affairs. The report also calls for better understanding of “operational stress injuries.”

And needless to say I'm not optimistic... 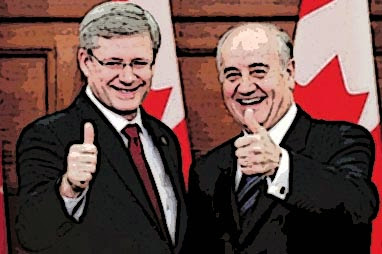 But let's hope him and his Great Strong Wimp Leader do make the right decision.

Because this outrageous un-Canadian behaviour has gone on for far too long.

We will make them pay for what they have done, or have not done, in the next election.

Expect Canada's veterans to be among the 'anyone but Conservative' contingent in 2015
https://ca.news.yahoo.com/blogs/canada-politics/veterans-join-anyone-conservative-bandwagon-184211402.html

"When the election is called, you’re going to see some large fallout, believe me,” veteran Ron Clarke told the Herald. "As soon as the writ is dropped, we are in action."

He's trotting out this because he has an election coming up and if the opposition parties and Veterans remind voters of what harper and his cons have done to Veterans, they might find they could hold their meetings in a broom closet.

This "make nice" thing is simply to get military personnel to go to war again. Its another opportunity for arms dealers to make money and harper and his herd are just ever so willing to play along.