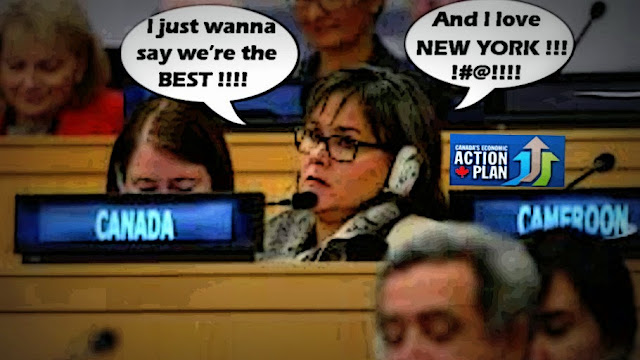 She was Stephen Harper's designated hitter at the Climate Change Summit in New York.

And although the Con Propaganda Ministry tried to stir up media interest in her speech.

And Leona Aglukkaq seemed to believe afterwards that she had hit one out of the park...


The sad truth is that you could fit all the reporters who actually bothered to write anything about her speech into a Volkswagen bug, with her PMO handler in the back seat blowing hot air out of every orifice.

And far from being successful it was such a bomb, or a howler, it had the few who bothered to watch it rolling in the aisles laughing.

The Conservative government pushed back at critics and declared Canada a “global clean energy leader” doing “its part” to cut carbon emissions that warm the earth.

And who can blame them? When Canada is not a "clean energy leader." It's a pariah petro-state run by a rogue regime of grubby oil pimps.

With a depraved leader who has done all he possibly can to sabotage any attempt to fight climate change for the glorification of Greater Alberta... 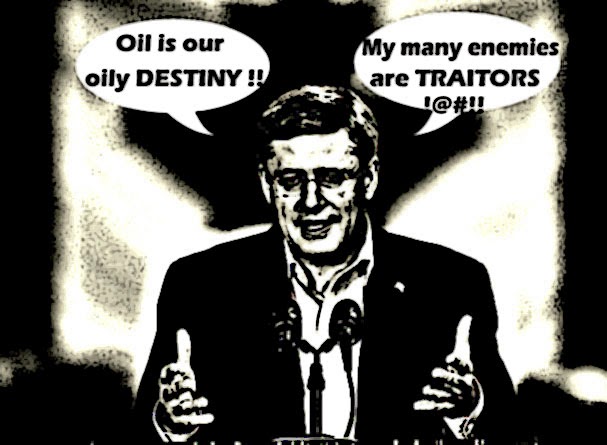 And has done so little to control the massive emissions from the oil and gas industry in that province, Aglukkaq didn't even bother to mention them.

Environment Minister Leona Aglukkaq says Canada is taking action to reduce greenhouse gases in the transportation and electricity sectors ahead of the next climate change conference in Paris in 2015, but made no mention of regulations in the oil and gas sectors, the largest source of greenhouse gas emissions in Canada.

Or didn't DARE mention them.

But did have the unmitigated gall to claim credit for this:

"What we've moved on is the two largest emitters in Canada related to the electricity sector as well as the transportation sector."

When in fact any progress in those sectors is the result of carmakers in this country being forced to harmonize their products with AMERICAN regulations. And Ontario closing its coal burning plants. The Cons had nothing to do with any of that.

And nothing compares to the devastating impact of their beloved oil sands... 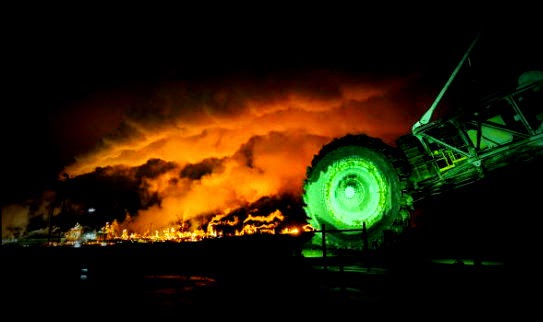 In a report to the UN in April, Environment Canada's own numbers showed that oil and gas production accounted for 25 per cent of the country's greenhouse gas emissions in 2012, the largest source of of GHG emissions in the country.

So Aglukkaq's pathetic New York speech was just another attempt to fool the world, like the Cons are always trying to fool Canadians.

But then why should we be surprised? When she is just another member of Stephen Harper's shabby team of cowardly stooges, who would do or say anything to pleasure him.

And he couldn't care less about climate change because as Jeffrey Simpson points out, he'd do ANYTHING to pleasure his rabid base. 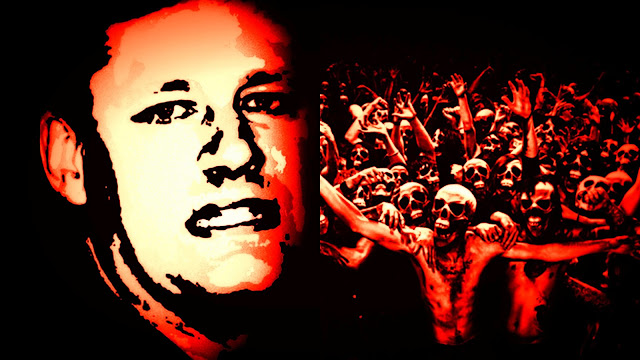 After all these years, it’s apparent that Prime Minister Stephen Harper governs largely with the Conservative Party “base” in mind – he being of said base, after all.

They're as crazy as he is.

The base, by and large, is either disinterested in climate change or doesn’t believe it’s happening. Or if it is happening, the causes are sun spots, radiation, natural causes or whatever. Like the base, the Prime Minister dislikes the issue. It makes him and those who support him somewhere between uncomfortable and angry.

And he'll lie through his tarry teeth.

The Harper government repeats often that Canada’s GHG emissions will be reduced by 17 per cent from 2005 levels by 2020. Here, however, is what the government reported to the UN: “By 2020, emissions are projected to reach 734 million tonnes, a decrease of three million tonnes from 2005.” In black and white, the government is contradicting itself, telling Canadians one thing and the UN another, which is another way of saying it is not telling the truth. (Again?)

To protect the interests of Greater Alberta. And Himself.

Bitumen is located in Alberta. The Harper government’s political rock is Alberta. A chunk of the party’s base is there. So there have been no regulations on the industry, nor any hint of a carbon tax, which would be the best way of reducing GHG emissions over time.

Which leaves us at the end of that dismal day in New York, with an Environment Minister, who even though she's from the Arctic, and represents the awesome Inuit. 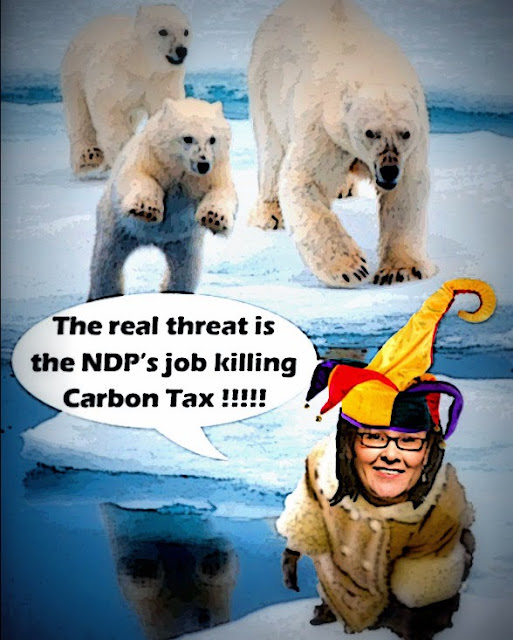 Made herself look like a bad joke in faithful service to Big Oil.

And to a Prime Minister who at a time when humanity faces a huge threat to its survival, isn't part of the solution, he's part of the problem... 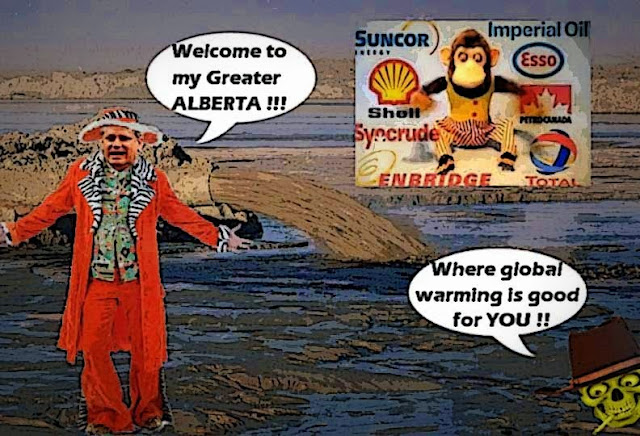 Climate change is becoming a huge issue. As the planet gets hotter, the glaciers melt, and the dark snow falls.

We will use it, the  growing fear, and the growing revolt, against him and his foul Cons in the next election.

And because they fanned the flames at a time when the world was burning.

They finally will end up in the hell they deserve... 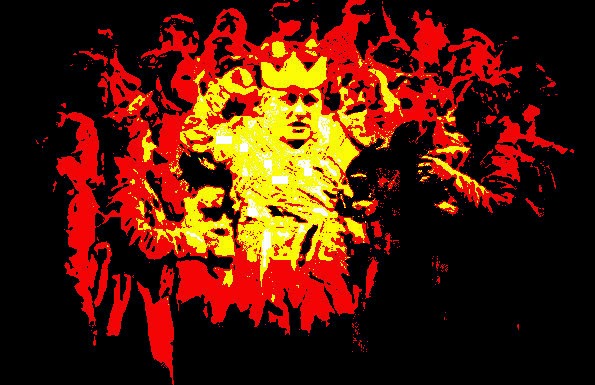 harper only serves his cromagnon base when it also serves his oil-industry puppet-masters.

Leona is an Inuk and not a member of the Innu people who come from the Labrador. Either way it doesn't excuse her behaviour as Envirnoment Minister.

hi thwap....yes, although it is a bit like the argument over who came first the chicken or the egg. Harper does treat his rabid base like idiots, but the like suckers they keep sending him money...

hi Michael....thanks for pointing out my mistake, I corrected it in the post since I actually know the difference. I was remembering that you can't say THE Inuit and I guess I had a short circuit. ;) However, my point remains the same, she's the first Inuk cabinet minister, and she let her awesome people down...

the news video of A. at the UN summit as Canada's rep. was a tad bad. There she was with her focused on her I-phone, not on the conference. If disinterest wasn't written all over her face, I don't know what was, unless her arse was hurting her from all the sitting she was doing,.

Your picture of her leaves me wondering if she is even awake. She certainly looks pissed about something.

harper and his herd's attitude towards reducing Canada's impact on global warming is sort of like a spousal abuser who says I'm trying not to beat my spouse. I'm only hitting them 6 out of 7 days now. Ya, and its about the same. Spousal abuse and the abuse of our environment, there isn't much difference because in both cases the victim is going to die,sooner or later, but they will die from the abuse.

This article is a keeper:

You make me laugh until my stomach hurts. It's appropriate because the truth is painful. Keep up the good work.