The Harper Regime and the Buying of the Next Election 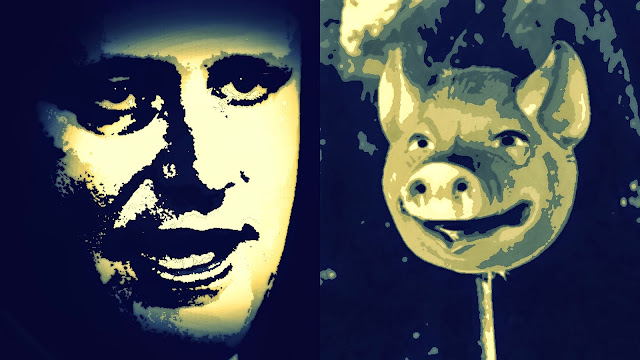 We know how many millions the Cons have spent on their ghastly porky propaganda designed to brainwash us into believing that Stephen Harper is a great leader.

And that they are a great government instead of the worst one in Canadian history.

We know how much of our money Harper has spent pursuing the ethnic vote, in Ukraine, Israel, and soon China.

Even if that means selling this country down the river.

But when you see how much money they spent trying to buy votes on this summer's BBQ circuit it's absolutely shocking.

From a tuna sport fishing derby to golf tournaments to brain research, Conservative MPs rang up a whopping $1.4 billion bill handing out cheques on the summertime spending circuit.

In the 85-day-summer that government MPs had to hit the barbecue circuit, a total of 432 spending announcements were logged in our exclusive QMI Agency "Ottawa Spends" database.

And the total couldn't be more OBSCENE... 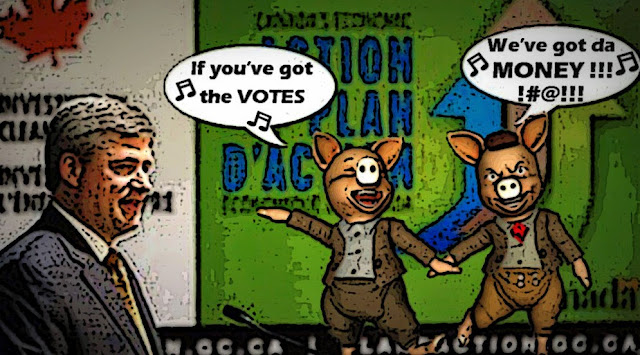 Since the Harper government won its majority back in May, 2011, the QMI Agency "Ottawa Spends" database has now logged 5,259 spending announcements made by government MPs totalling $33.4 billion.

Finance Minister Joe Oliver denied this week that his government is using E.I. premiums as a “slush fund,” but the actuarial report released Friday is fuelling criticism that the Conservatives are tapping into E.I. funds meant for the unemployed in order to pay for other priorities.

At the same time as they are making it almost impossible to claim E.I. benefits, killing good government jobs and social programs, reducing payments to seniors, going after pensions, preparing to cut transfer payments for medicare.

And at a time when the CBC has been so wounded it claims it can no longer afford to be FREE. 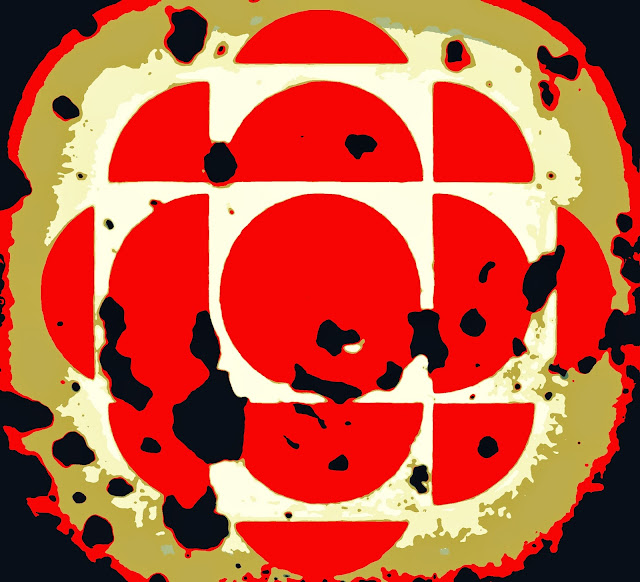 Canada’s public broadcaster says it can no longer afford to offer its television programming for free over the air as its advertising revenue deteriorates, and it wants cable and satellite companies to start paying for its signals.

Because that's how low we have fallen, and that's how badly Harper and his filthy Con regime are damaging this country.

And all I can say is that when Parliament resumes tomorrow, progressives must come out of the gate like bats out of hell. They must be prepared to take their message to Canadians, better and more powerfully than they ever have before.

They must set themselves apart from the Cons like Tom Mulcair is doing here.

And offer up a different, better, and more hopeful vision of Canada that can excite the population and drive them to the polls in record numbers. 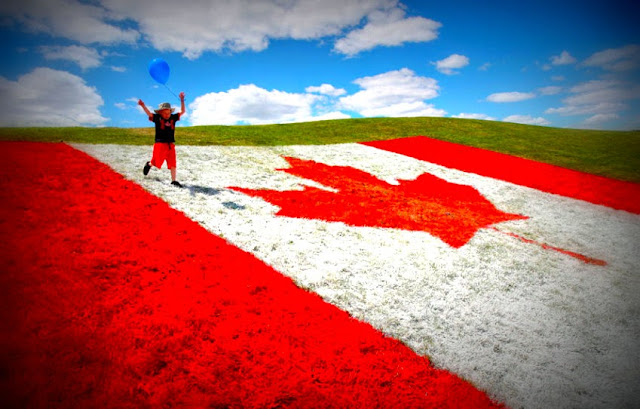 And we must help our parties, by giving them money, offering to volunteer, and by turning our social media into a mighty weapon that can club the Cons like seals, and counteract the influence of our right-wing MSM.

Because two things seem obvious to me. One, the Harper regime is trying to buy the next election on a scale never seen before. And two they aren't acting like a gang that will wait until October 2015 to send us to the polls.

So we better be ready. Or be prepared to watch our country destroyed or turned into a savage jungle. 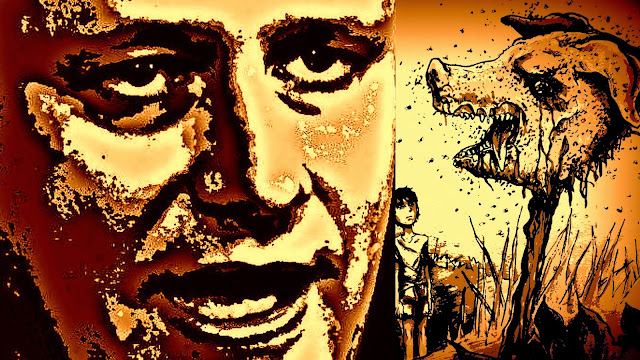 And although I admit I am exhausted, having to spend half my free time in Canada fighting the Harper Cons, and the other half in Scotland fighting the Cameron Cons and their Big Business accomplices.

I have never been readier.

Bring it on Great Leader.

I have been waiting a long time for the Battle for the Canada.

Your porky plans will be foiled.

And we WILL defeat you... 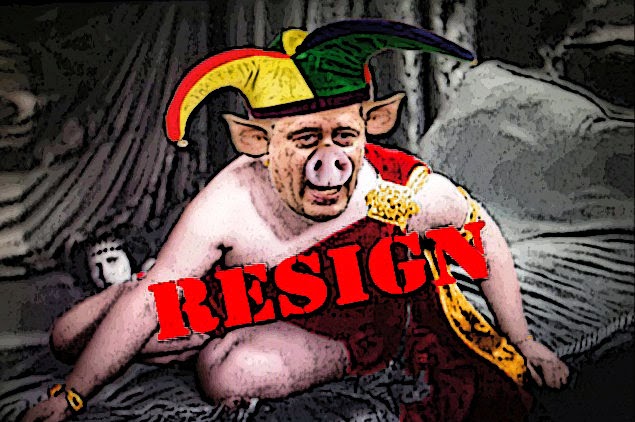 We must help the NDP not our "parties", there is no plural here, the Liberals were even worse then Harper, the Liberals cuts to healthcare, social housing, education, and so on were far larger and more destructive, Harper can only fantasize about doing the kind of damage the Liberal party has.

This is not a defence of Harper, he's corrupt and toxic and he'd be worse if he could get away with it, but giving the Libs a free pass is dangerous.

Love you cant start it like a car, you cant kill it with a gun
Warren Zevon
I hope the same applies to buying elections.

Nice post, Simon, but you forget that Harper made an election law that says when elections are to be cal ... sorry couldn't keep a straight face to finish that. We must defeat the Cons, and I am not sure if Trudeau is the leader we need. i am not even sure if Mulcair will be able to repair the damage.

i noticed on your image with the boy running with a balloon, it appears his shadow falls almost as the maple leaf. Your images are great, and thought provoking at times, Simon. If he moves a little to his left the illusion is complete.

hi Gyor...I don't plan on giving the Liberals a free pass, but neither do I wish to engage in partisan politics at this time. I want to concentrate all my efforts on helping spread the message that we absolutely need to get rid of the Harper regime. As time moves on I will move with it...

hi Steve...I like the quote, and I liked the song Can't Buy Me Love. Unfortunately in this complacent country there are far too many Canadians that can be easily bought. And the challenge for us will be to make it clear to them that they might like being bribed now, but they will pay for it through the nose later...

hi Filcher...thanks I'm glad you liked it. And yes, if there is anybody out there who trusts Harper to stick to his own election timetable, I've got a really nice CN tower to sell them. ;) But seriously, I do believe that if we are going to thrash the Cons both Mulcair and Trudeau have to do a much better job of exciting us with a new and exciting vision of Canada. That's why I like that image of the kid and the flag. To me it says we're taking our country back for ourselves AND the future. I have started shooting some stuff that I hope I can turn into a video that can make that point even better. I think that in this battered world a lot of Canadians are hungry for hope, and while fighting the bastard regime, we must also provide them with that as well....

Foul mood today, what with FIPPA et al. The opposition parties still pretend that they don't have to cooperate to defeat the HarpoCONs. They are so wrong. Now that pitchforks, torches, tar and feathers have gone out of style I'm at a loss on how to react. Maybe I'll sign another petition, that will put the fear of god into them.

harper and his herd will be out and about trying to "buy" the next election with our money. If Canadians fall for it, then they get what they deserve. if they permit him to give Canada away to China, they get what they deserve. For some of us, now is a good time to develop and exit strategy because this won't be the Canada, we were raised in. At that point we can only hope Quebec does leave Canada, so we will have some place to move and still feel at "home'.

We had a tailings pond fail here in B.C. and the mess went all over the place. There will be some half hearted, semi secret "investigation" by the B.C. lieberals (harper farm team) but once that free trade agreement is official, if its a mine owned by China, we won't be able to even sue or do anything about it. We have all seen what China has done to its own environment. Now they will be coming over here to do it to Canada. How very nice of harper. Arrest harper for treason!