Why the Scottish Referendum Is NOT the Quebec Referendum 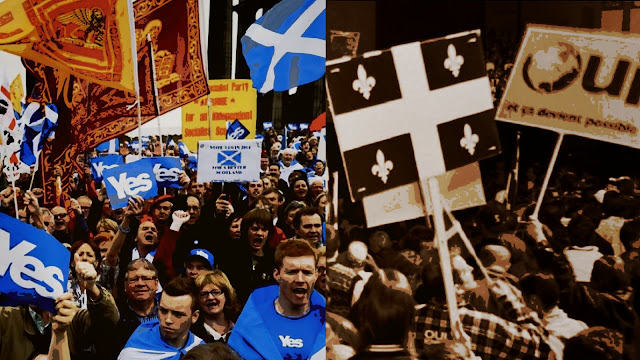 I've been seeing a lot of stories in the Canadian and British media, comparing the Scottish independence referendum campaign to the one in Quebec in 1995.

And I've resigned myself to seeing a lot more of them after this latest development.

Because it is so familiar.

But here's the thing eh? I've seen the Scottish referendum campaign up close and in the flesh this summer, in this quiet northern place where my family lives... 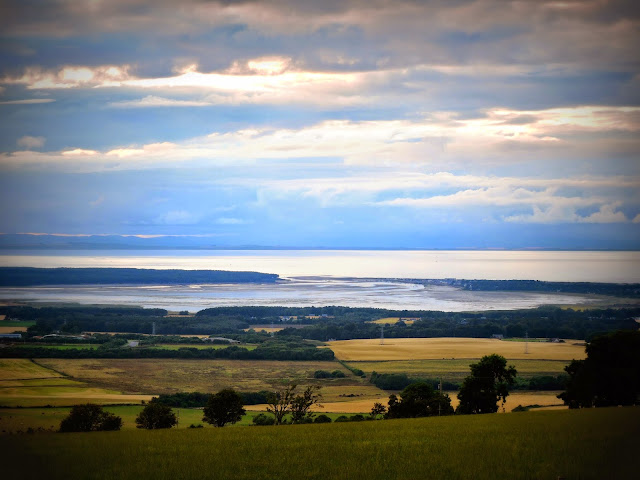 I lived through the Quebec one in Montreal, in the crucible of the clash between the YES and the NO.

And I can tell you that while the campaigns may be superficially similar, they are at their core radically different.

And the main reason is because the times are so different.

Back in 1995, 911 and the Great War on Terror hadn't happened, and neither had the latest Great Recession.

Back then Con regimes everywhere were not using fear and brute force to impose their savage ideology on their own people, dismantle the welfare state, and turn most of their citizens into low paid wage slaves, while the rich get richer and more powerful.

Now they are. In Britain and in Canada.

And while the main driving force in the Quebec referendum was about the best way to assert the existence of the Québécois nation, and protect its French language and distinct culture.... 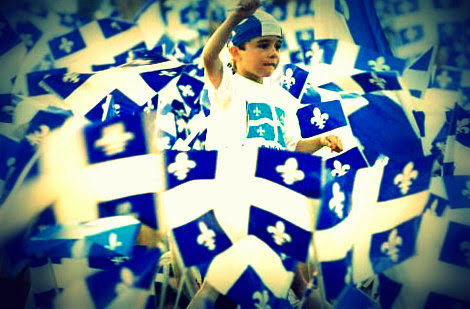 The main driving force in Scotland is the desire of many of its people to protect themselves from the bestial policies of David Cameron's Con regime in faraway Westminister. 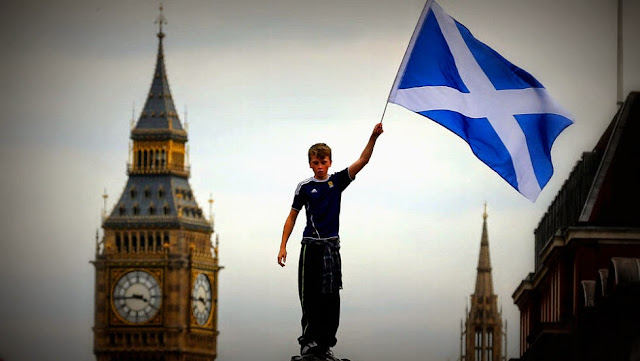 And protect their distinct POLITICAL culture, as an American who lived in Scotland for years explains in this James Fallows' column.

It's about asserting the right of the people to decide what kind of a society they want to live in. A kinder, gentler left-wing one where people come before profits.

Or a right-wing one that would grind those people and their values into the dust. As they would grind us all.

And that has, under the banner of the NO campaign, used fear as a weapon to try to scare the Scottish people into submission, and bludgeon their hopes and dreams of living in a better Con-free country.

And it has now descended into the realm of the ridiculous... 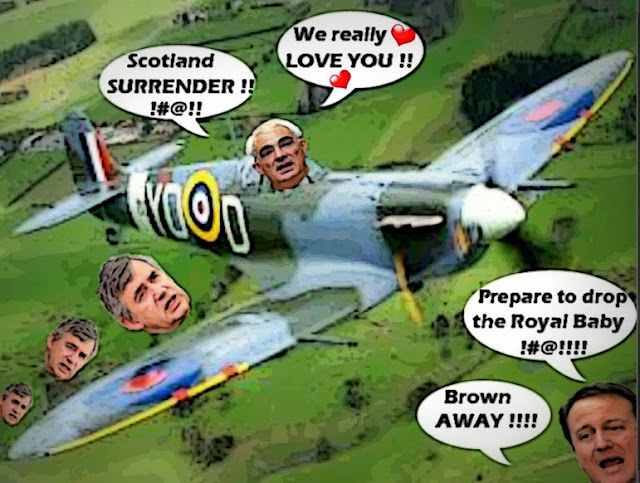 With the hapless leader of the NO side Alistair Darling trying to threaten Scots and bribe them at the same time. The former Labour Prime Minister Gordon Brown being sent in to try to get the restless natives under control. And David Cameron looking more crazy and desperate by the minute.

And as anyone who knows the history of Scotland could have predicted, all of this insanity appears to have backfired.

For the Scots may be a quiet people in normal times, more reserved than most. But you can't bully them without expecting them to fight back. And as that American who lived in Scotland says emotion is strength.

Scots are proud people and desire to control their own affairs, which they can't under a unitary state with parliamentary sovereignty. Such pride and desire for self-sufficiency is admirable. The combination of emotional and rational thinking gives Scottish nationalism strength and durability.

For what greater and more noble emotion could there be, than the dream of building a kinder, gentler, more just society?

Oh well. One day I hope my dream of living in that kind of Con-free society will come true here in Canada.  When we defeat the foul Harper regime and consign their brutish values to the garbage can of history.

But right now my hopes for a better world are riding with the YES side in Scotland. And my message to them would be this:

Of course the lousey, filthy brits are feeling terrified by Scotland voting and actually establishing their independence as a sovereign nation. All the sleepers in Europe and in "the colonies" might actually wake up and see it as possible there too and then old bad queen bess really will have to send the Harriers with tactical nukes to bring all us "fuzzies" back in line. If all "the colonies" actually broke with England, they'd be bankrupt within a month and even in worse shape than a third-world banana republic. The only reason england hasn't gone the way of the dinosaur is because of the life's blood they keep sucking out of us and countries stupid enough to tolerate them doing it.
FUCK THE DIRTY, FILTHY, MURDERING brits!
UP THE SCOTS AND THE "YES" VOTE!

If my interpretation of England's Parliament is correct, the labour party is mostly Scottish. Scotland's departure will bring a monolithic Conservative majority to England. Think Alberta.

been there done that!
As Simon pointed out correctly to me. Do not blame the people blame the system.

Hi Simon, as you may have noticed I am absolutely fascinated by the Scottish ref.

The OUI side always had strong support from the trade unions and popular groups here, and the NON from big business. All the CSN and FTQ staff I knew were pitching in on the OUI in 1995. Of course there were always rightwing nationalists as well, but since the Quiet Revolution never to the extent of the last Québec election with its "identitaire" nuttiness.

By the way, the lead singer of Macanta spoke Gaelic before he learnt English, and they often sing in the language. Fights for the protection of a language can also be social and class struggles; it was certainly the case for the labour movement in Québec in the 1960s and 70s - the right to work and negotiate collective agreements in French was a key labour demand. And the struggle to save and restore Indigenous languages has become an essential element in rebuilding communities and their pride.

The problem with the identitaire crap is not insisting on a French-speaking Québec, but its exclusionary nature; educated immigrants from the Maghreb speak beautiful French but are feared due to an islamophobia fuelled by the gutter press. I had the extremely disagreeable experience last week of running into an old friend, tenants' rights and feminist activist who has become a fire-breathing islamophobe. She actually thinks Couillard is a "Muslim" (because he worked in Saudi Arabia for years) and that there is a plot to Islamize Québec!

Ah Simon,
I've still noticed that all your photos of seperation rallies are all young people.........

You say it isnt so but when 16 and 17 year old kids are allowed to vote it tells me who the seperatists are pandering to.........