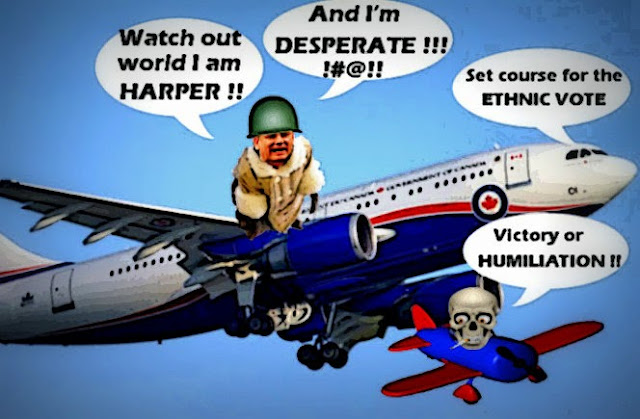 Well I see Great Chicken Hawk Leader is on his way to the NATO summit. With a strong message for his friends AND enemies.

And the best one eh?

"ISIS you will not stop me from bribing Canadian voters !!!!!!"

Stephen Harper pledged further action Wednesday to combat the rising threat of Islamic extremism in the Middle East, but said he would do so on a frugal budget.

Because words are cheap, calling Putin a Nazi is easy, ISIS may be running wild, but the budget must be defended at all cost.

National Defence has seen its allocation slashed by more than 10 per cent since the end of the Afghan war and recent figures show spending is forecast to decline by $2.7-billion in anticipation of a balanced budget.

For at this stage in the game, he's desperate, and offering some Canadians tax cuts is all he's got left... 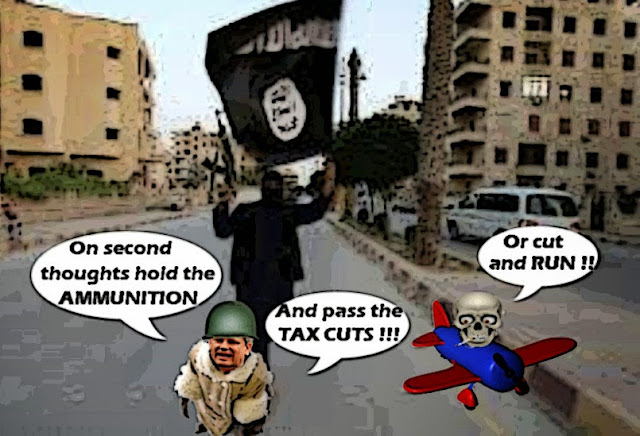 Along with the phony image he's trying to create of himself as a great statesman or a  Great War Leader.

The prime minister appears to be trying to do something highly unconventional, building electoral support by pushing his international credentials.

These appearances will show up in campaign footage as a counterpoint to the limited international experience of Tom Mulcair or Justin Trudeau.

So he can try to portray Tom Mulcair as a commie, and Justin Trudeau as an ISIS agent... 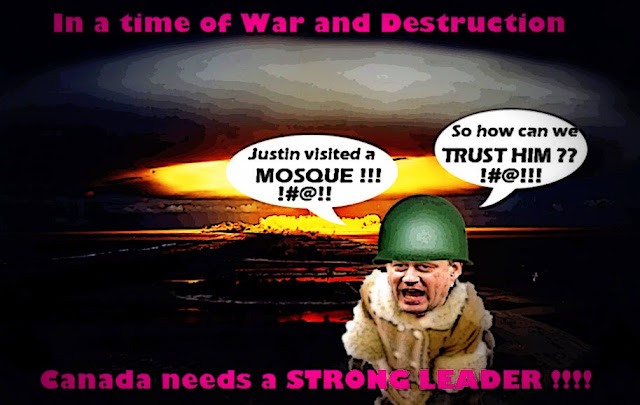 But of course that won't work. Not when so many Canadians believe that he's the greatest threat this country faces.

Not when his record as a statesman has so often been so EMBARRASSING.

It may not appear too difficult to shake some hands, sit at a meeting and show up at the group photo (although Harper missed the 2009 G20 family photo because he was in the bathroom). 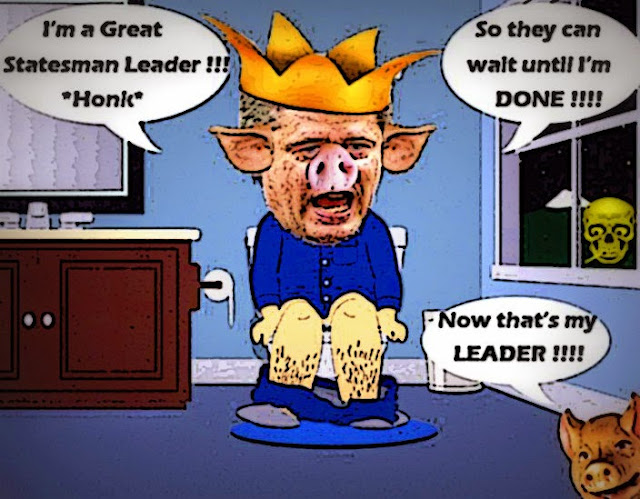 And his chicken hawk record so DISASTROUS.

Apparent victories can be fleeting. Harper celebrated the “great military success” of Canada’s role in a NATO-led mission in Libya in 2011, but today that country is unravelling in the face of fierce fighting by rival factions.

So one really has to wonder whether he's insane, or just doesn't know what he's doing.

Because there he was today, telling Putin to stay the hell out of Ukraine.

While inserting himself head first, or ass first, into the Scottish referendum campaign. 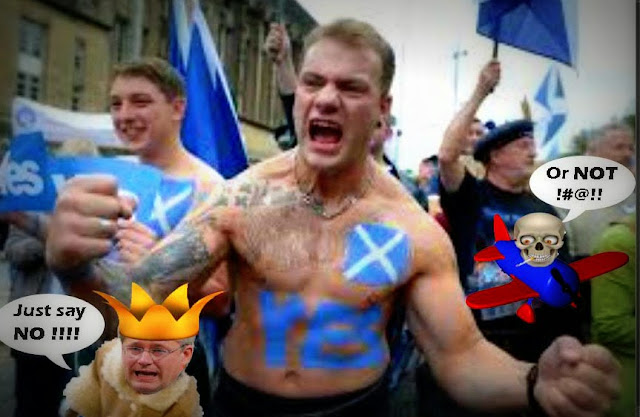 Breaking up the United Kingdom would not serve the greater global interest, nor the interest of ordinary people throughout the country, says Prime Minister Stephen Harper.

Without apparently realizing that Scots don't like to be told by foreign leaders which way they should vote. And because so many leaders have, that's one of the reasons the YES side is surging.

Recent public opinion surveys in Britain show the Yes and No sides are almost evenly split with a little more than two weeks left before the Sept. 18 vote.

So Harper's intervention could push the YES side over the top, which is exactly the opposite of what he intended. Is that gravitas or gravy? Is that a Great Statesman Leader or what?

All hail McHarper the midwife of the New Scotland !!!!!

But at least he's right about this:

Nelson joked that maybe the Canadian prime minister should stick around and take his message up north, to which Harper conceded the sentiment might not be well received in Scotland.

Most Scots, including many on the NO side, hate his kind of Con governments and their brutish values.

So his message would NOT have been well received... 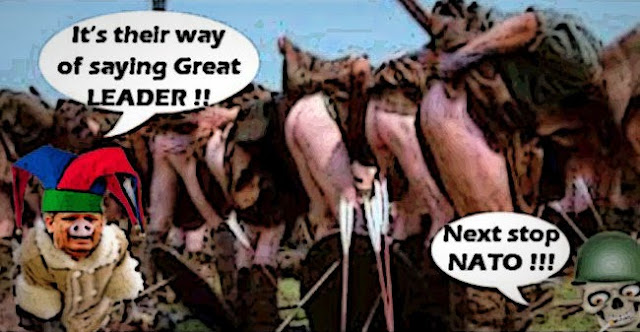 He could never convince them, or most Canadians, that he's a Great Leader.

And posing as one in the next election won't save him from defeat and humiliation.

The Monkey King is just a bad joke.

And his time is almost over...

I miss the sage Harper advising the Scots to stay with the UK. If I had the kit and the kilt, I would definitely be baring my ass too. And in honour of his retrograde supporters and wannabe tea partiers, MORAN.

Harper maybe trying his great international statesman's routine, but I'm voting for the next P.M. of Canada and quite frankly I don't care what he has to say about other things in the world. I want a P.M. who will fix things in Canada. As my old Mom used to say, charity begins at home. In this case, good government begins at home.

Now as to his international credientials, isn't this the P.M. who followed Bush and Britain into Iraq. Look how well that turned out. Hussein was not a good person, nor was he a good leader, but he did hold Iraq together. Now look what they have. Bet you some one is regretting what they did to begin with.