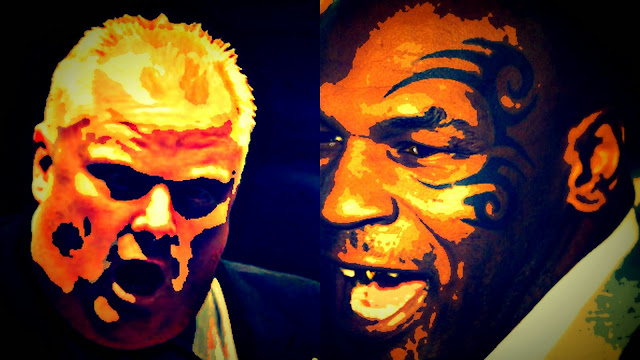 I suppose by now I shouldn't be surprised by anything Rob Ford says or does.

Because that ghastly Con has been crawling through a sewer from the moment he came to office.

And the very sight of him offends me, as it should all decent people.

But I still thought that getting an endorsement from Mike Tyson was another low moment.

Tyson, who has been convicted of rape and other crimes, met with Ford for more than 40minutes in the mayor’s city hall office on Tuesday afternoon. When they emerged, Tyson offered a full-throated defence of a man he called “the best mayor in Toronto’s history.”

But then of course, Ford has a long history of hanging out with the wrong people... 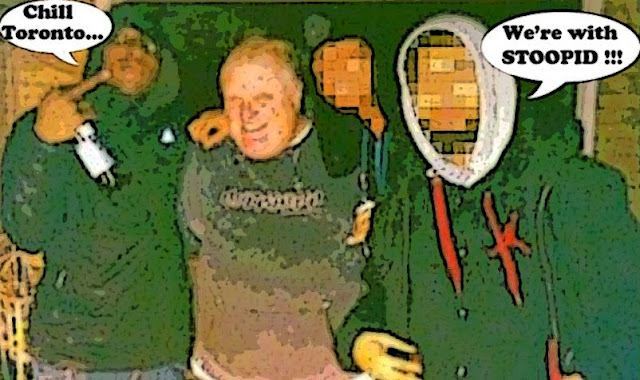 And I do mean the WRONG people... 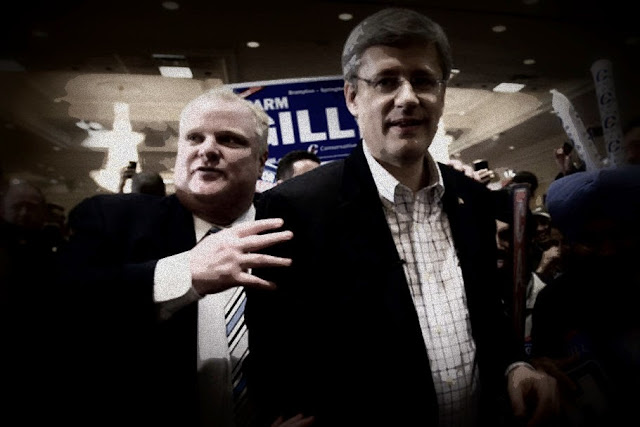 He does does fancy himself as a fearsome fighter like his hero Tyson...

He is cut from the same cloth.

Ford returned the favour — praising, defending and likening himself to an eccentric fighter with a face tattoo who famously bit off part of an opponent’s ear. “We’re cut from the same cloth,” Ford said. “There’s no nonsense. I respect him.”

And I suppose we should all be grateful that he hasn't bitten off anybody's ear in one of his drunken stupors... 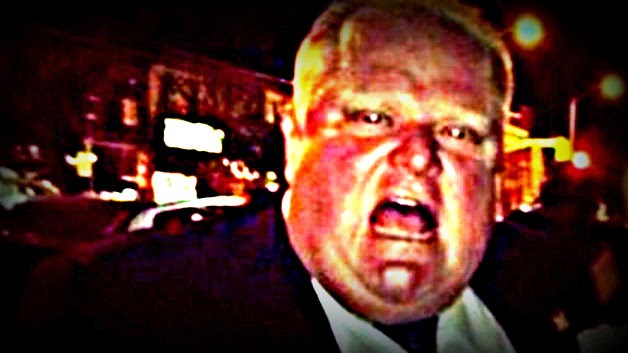 But this interview with Tyson today does say as much about Ford, as it does about that convicted rapist ...

It is yet another example of how low we have fallen, that a city like Toronto should have a mayor like him, and be endorsed by people like Tyson.

But the good news is the Fordzilla won't be the Mayor In Name Only for much longer.

A second consecutive poll shows John Tory with a big lead over Rob Ford and Olivia Chow. The Forum poll, conducted Monday, put Tory at 40 per cent, Ford at 28 per cent, Chow at 21 per cent, David Soknacki at 6 per cent. Four per cent said they didn’t know.

For surely even that delusional thug must see the writing on the wall.

Tory again had the highest approval rating, 65 per cent. Chow’s approval remained steady at 50 per cent. Ford’s was again a dismal 34 per cent. That figure suggests, again, that he has little room to grow: almost everyone who approves of him already plans to vote for him.


And while I would have preferred to see Olivia Chow as the city's new mayor, and I'll explain in another post why I think that didn't happen.

And while I wish Ford all the best fighting this real enemy.

Toronto Mayor Rob Ford has been admitted to hospital following a working diagnosis of a tumour, Humber River Hospital said in a statement Wednesday evening.

It makes absolutely no difference to the way I feel about his record as mayor.

I'm just glad that Toronto and Canada's long nightmare is almost over.

I hope the doctors remove the tumour.

And the voters remove him... 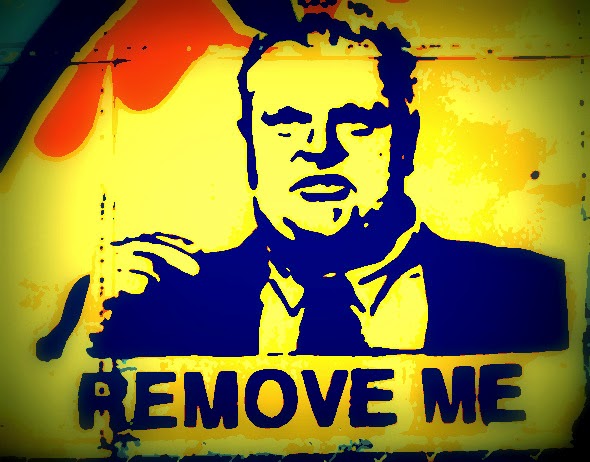 As someone who is very familiar with cancer research, even I am unsure what is meant by a "working" diagnosis of a tumor. The report mentioned they had done a CT scan which suggested that they saw an abnormal mass. But even if that was the case, what made them diagnose it as tumorous in the absence of further tests (e.g. a biopsy) to confirm or rule it out? The mass could be other than a tumor, and if a tumor, it could be either malignant or benign. The latter is non life threatening.

Seems rather presumptuous to be calling it a tumor at this stage based on the CT scan: is that why it is labeled a "working" diagnosis?. Did no one in our glorious MSM ask them to clarify? The cynical among us would surely question if he was looking for sympathy votes after several polls had consistently shown him behind Tory. Hopefully, if it does turn out to be malignant, he will get the necessary treatment for his own sake and those of his family and for that we can only wish him well. But we also wish to see a new Mayor of Toronto, eh?

hi anon...yes you're absolutely right. A lot of people are jumping to conclusions. It will take a while to figure out what that mass really is, and it could be anything from a large polyp to a benign tumour. And who knows if it isn't a play for sympathy. What I will say is that I almost died when I read a Warren Kinsella post, where he suggests that Ford might win the election by virtue of the sympathy vote. After all that thug has done to us, after reading that I felt like collapsing... ;)