Obama, The Boss, and The Rising 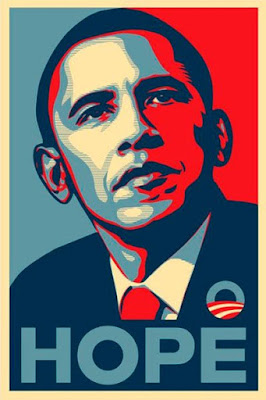 Forty eight hours to go, and although I'm not an American, I'm a nervous wreck. I can't help feeling that something could still go wrong.

And I'm not the only one.

“I am so afraid some ghastly trick will be played again and we’ll wake up on Wednesday morning and we’ll be where we were in the last two elections."

“My doctor says she is treating lots of Democrats for anxiety and depression, because of their obsession with this election and their fears that Obama will lose.”

The stakes are so enormous. The hope for change so great. I can't imagine what could happen if that hope was stolen, or SHATTERED by racism or ignorance.

But then I read that The Boss had been warming up a crowd of 80,000 at an Obama rally in the rain today.

And my spirits SOARED.

Because I want our neighbours to get their country back too. Just about everything about it these days horrifies me. But my grandfather who fought with them in the Second World War taught me to love Americans. And I believe that if that country chooses change it can still be a force for good.

And also because The Boss reminded me that this is MORE than just an election. It's a tidal wave of hope. Or a RISING.

Hey it's not my favourite Springsteen song.

It's the Rising Time. The nightmare is almost over.

Interesting - I have the same "feeling" you do. There is such deep election fraud going on right now in the States that it would not surprise me in the least if Mccain/Palin were elected.

I predict that if this election is stolen again, that if buy hook and crook McCain and Palin win, you will not see sadness, but anger. You will see blood in the streets, rioting like has never been experienced. Dare I say civil war.

And it will be about friggin time.

Sometimes change needs to come by any means necessary.

That being said, I think Obama will get a landslide because it is just not feasible to steal the number of votes the Republicans will need to do this.

Hi penlan...I've seen enough stories about the number of voters knocked off the rolls that I wouldn't put anything part the Republicans. I'm just hoping that enough people turn out to vote...so their dirty tricks won't make a difference....

Hi Mike....I wouldn't be surprised either. I think so many people are so tired of these lying smearing right-wing monkeys that the situation would explode. I know if I was there I would. But I also agree with you that it's looking like something close to a landslide.
I just hope that when the Democrats take power they spare no effort to try to totally destroy those klowns....or at least banish them for a generation.