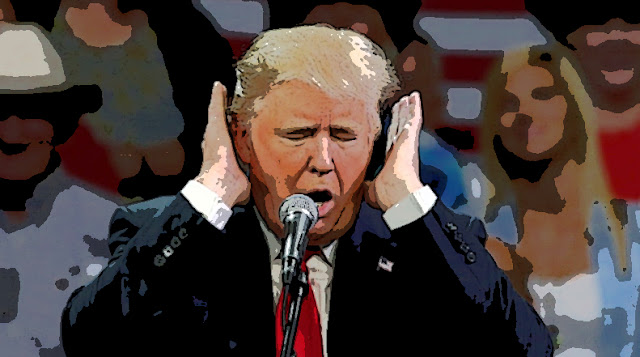 But it's going to be hard to avoid that new poll. The one that suggests that Trump is not only incredibly unpopular.

But also that a record number of Americans want him to be impeached. 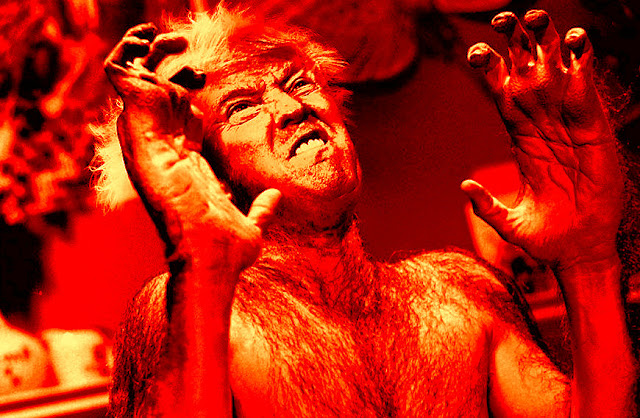 Which while it must be driving The Beast wild with fear, is for me a thing of beauty.

President Trump’s disapproval rating has hit a high point of 60 percent, according to a new Washington Post-ABC News poll that also finds that clear majorities of Americans support the special counsel’s Russia investigation and say the president should not fire Attorney General Jeff Sessions.

For what could be more beautiful than the thought of Trump stumbling towards impeachment, poll by sinking poll.

While Randy Rainbow sings this song for him...

Of course, I suppose there's one thing better than seeing Trump impeached.

And that's seeing him jailed... 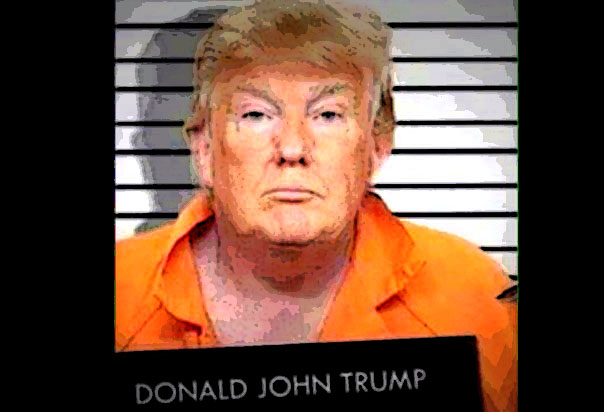 But hey, you can't have everything, and one thing at a time.

Our orange nightmare could soon be over.

Have a great long weekend everybody...
Posted by Simon at 1:19 AM

I sure hope the democrats come up with a credible candidate for 2020.

Hopefully with Manafort now in the clink, and the rest of the administration under investigation, we won't end up with Mike Penance turning the country into Gilead either. Manafort chose Mother's boy personally. He is dirty as fuck.

As for Canada, you're going to need to find some new trading partners and allies, and keep us at arm's length, while the U.S. goes to rehab. NAFTA can either wait or collapse. The American century is over. My only hope is that Trump doesn't start Operation Canadian Bacon as a last-ditch nihilistic effort at "owning the Libs."

One way or another, this too shall pass. Like a cheeseburger turd in a golden toilet (that maybe America needs to strain to squish out), but... eventually it will pass.

Congress is our only hope. I say never surrender JT

If I aM jUSTIN I call a snap election, Eat dog-food or surrender?

Just more grand staging and distraction as his self spun web of deceit slowly entangles him. The next step is a jab of neurotoxin from spidey Mueller or a turned House spider to induce paralysis as the legal system slowly devours him. It could not happen to a more deserving person.
RT

They won’t if the left wing of the party has their way. They might run some darling of every left wing progressive cause there is, but make themselves completely unelectable to the rest of America.

Uh, we're talking the Democratic Party, right? The closest they've come to left-wing progressive presidential candidate was FDR, and that was in 1933. Good luck with that!

It was interesting watching the news Friday evening with all those poll results. The mid terms may see a change in Congress and if the Democrats have a majority, that is all that will be necessary. It would be wise for Democrats to not discuss impeachment, simply stick with their current agenda, which seems to be keep it local. that is what people seem to be responding to, all the local issues.

We do not know where the current investigation is going and now that they are openly discussing whats in the National Enquirer's vault, more may come out, although I don't think that will dissuade the base. Trump was correct when he said he could shoot some one on 5th Ave. and not loose votes. His base won't abandon him. If they have to abandon him, they would have to admit they were wrong and there truly is no hope in their country.