Chairman Max and the People's Party of Canada 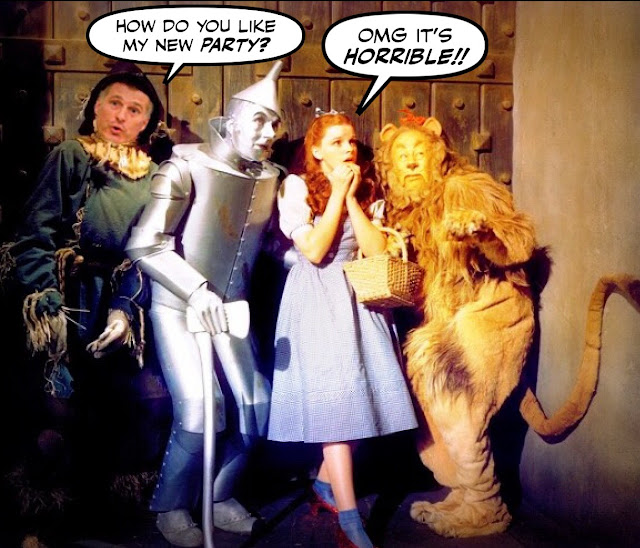 It was for Maxime Bernier the end of a long journey. And the beginning of a whole new adventure.

He finally got to see the Wizard, and he got his new party.

But he didn't get a brain.

And sadly it shows. 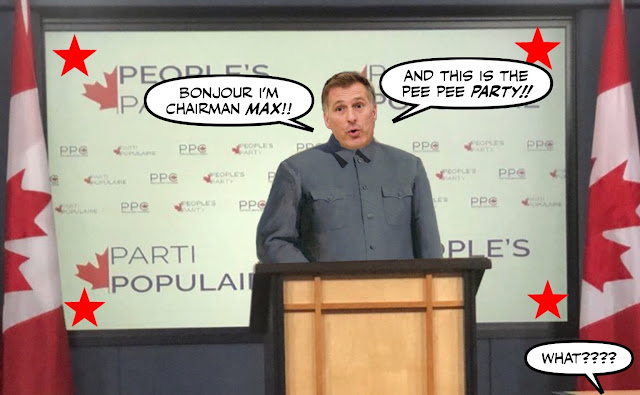 Because the name of the new party, at least in English, seems to convey the wrong impression.

Maxime Bernier has lifted the veil on his new political venture, calling it the People’s Party of Canada (PPC) as right-of-centre, populist movements are on the rise around the world.

For why if he wants to replace the Conservative Party of Canada (CPC) would he make it sound like that other CPC, the Communist Party of China? 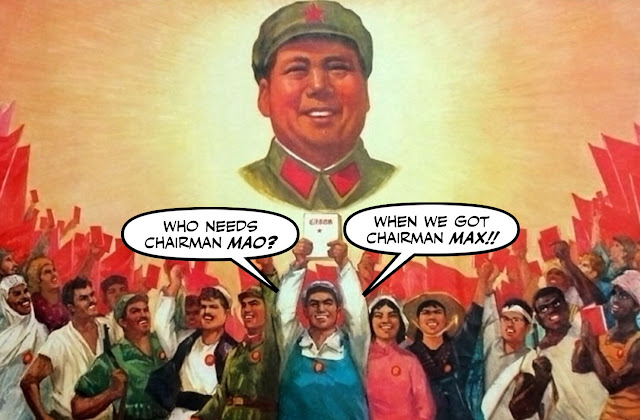 But maybe it's just a clumsy mistake like this one...

Which also tells you something about the new Pee Pee Party of Canada.

But will no doubt make Andrew Scheer even more nervous terrified...

For he's doing badly enough in the latest polls.

The latest Nanos federal ballot tracking has the Liberals at 39.9 per cent support, followed by the Conservatives at 32.8 per cent, the NDP at 14.9 percent, the BQ at 2.5 per cent and the Greens at 6.5 per cent.

So if he loses just five more points, he'll stand no chance of winning the next election.

He will be forced to look on helplessly as Justin Trudeau cruises to another thumping majority... 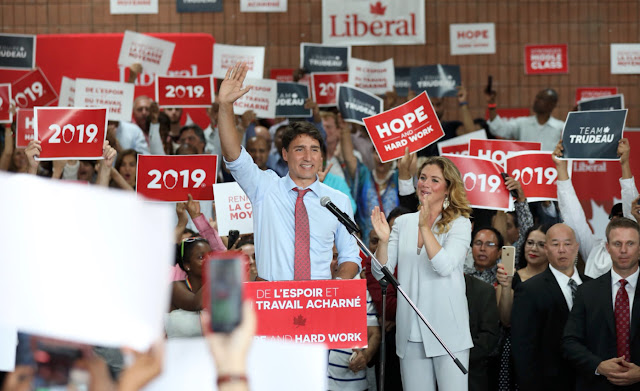 And of course should Chairman Max defy the odds and his Pee Pee Party of Canada become as popular or more popular than the Cons, well that could be fatal... 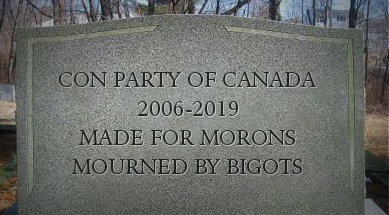 And this could be their epitaph:

It was a monstrous horror story.

Love it max come up with a sexy logo. I lived in Austria which had a peoples party and now they are in power , so do not discount Max. The differance is 99 percent of the people in Austria where born there.

I thought Max was a libertarian? Now he's a noun, a verb, an adjective... a Bernier Sanders? To think it was the Cons who branded Justin Trudeau as Fidel Castro Jr.! And are still running idiotic memes of him as a red diaper baby hoisted by Stalin, and Pierre as a combination of Lenin and Gorbachev with a maple-shaped birthmark on his head. Well, if all Max has is a hammer and sickle, he sure looks like... not the sharpest of tools, that's for sure. More like a monkey wrench.

Did Comrade Ché from Galt's Gulag ever get around to publishing that book about supply management and Andy cheating to win? He should call it: The Motorcycle Dairies. FEEL THE BERN, ANDY! FEEL THE BERN!

Win-win on the name. In English, PP will remind conservatives of their orange hero; in French, it'll remind them of their green hero.

Well, actually it is more frightening in the original German.

Starting Monday, we will see things in Ottawa that we have never witnessed before.

Just read he will run candiates in every riding. The peoples wildrose party in Alberta

Hi Steve...I don’t want to disappoint you, butI must remind you that in Quebec Maxie is known as the bobo from the Beauce. I don’t think he is an evil person, but he attracts racists and sooner or later he will become their spokesman. However I wish him luck, because the more popular he becomes the more damage he will do the Cons...

Hi Jackie...The Motorcycle Dairies? Good one, I may have to borrow it. Although I have to say I loved The Motorcyle Diaries, especially the music. I would love to take a motorcycle trip all the way from Canada to Patagonia, but needless to say Seb and my family would probably conspire to have me confined to a mental institution...😉

Hi anon@6:10PM...The English name tor Bernier’s party seems to have been inspired by Rob Ford’s “For the People” slogan. The French name on the other hand may have been inspired by the Bloc Populaire Canadien, an anti-conscription party that during its brief existence managed to win two seats in 1945 and deprive the Liberals of a majority. I’m hoping the Pee Pee Party can do better than that....

Hi Kathleen...The way Scheer’s polls are going i’m hoping he will will fall to his knees, pray up a storm, and then start biting the carpet. That would get the new session of Parliament off to a really great start 😺

When I saw him in his brown suit at the press conference, it was OMG, not only did he wear the wrong colour, he got the wrong name.

People's Party, is not going to be a name which will play well for people who left communist countries. For some who don't care, you might want to look at the demographics of B.C. No votes here.

Bernier maybe able to run candidates in all the ridings, but if he can't get them elected, he will be toast, or like May--Green's only the leader has been elected. Although the Greens made progress in B.C. and have 3 elected MLAs.

Don't know where it will end, but in my opinion Bernier was foolish to start his own party. He would have been better off to try something with an exsisting Quebec party.

Yes I also think Max is a few cylinders short of a running engine. However like you I delight in a split con party.