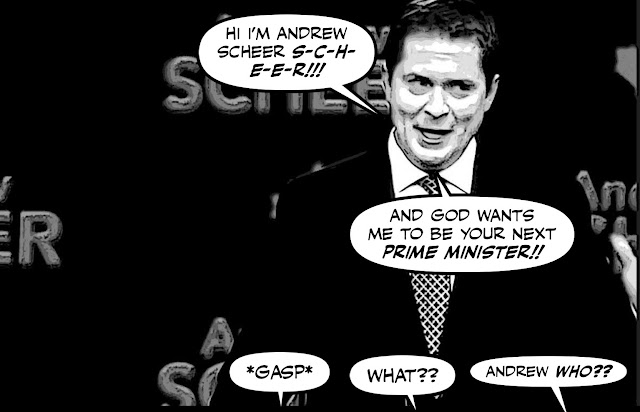 As we all know, Andrew Scheer hasn't been himself recently. He's failing badly, it's all going horribly wrong.

His polls are tanking, Maxime Bernier is stealing his supporters.

And to make matters even worse, with an election just over a year away, about 30% of Canadians still don't know him from a hole in the wall.

So the Cons are about to launch a massive propaganda campaign with a familiar message. 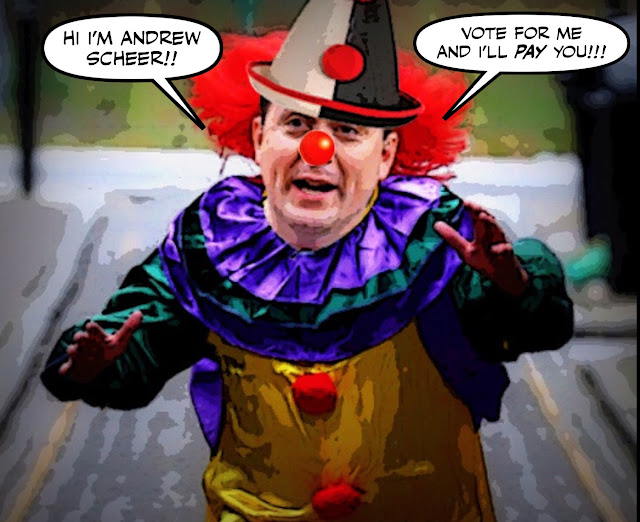 In a last desperate attempt to boost his profile.

With a little more than a year to go before the next federal election, the Conservatives are rolling out a major advertising buy in an attempt to make Canadians more familiar with leader Andrew Scheer and what he can do for them.

"We want to let Canadians know that there is a party and a leader who understands that it is getting harder to get by and get ahead in Canada these days, and that he has a plan to help them with that," said Brock Harrison, Scheer's director of communications.

It's not the first time the Cons have tried to introduce Scheer to Canadians... 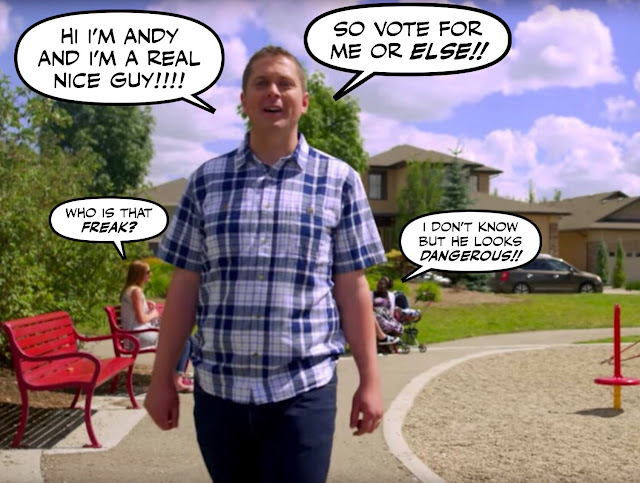 But the last campaign scared off more people than it attracted... 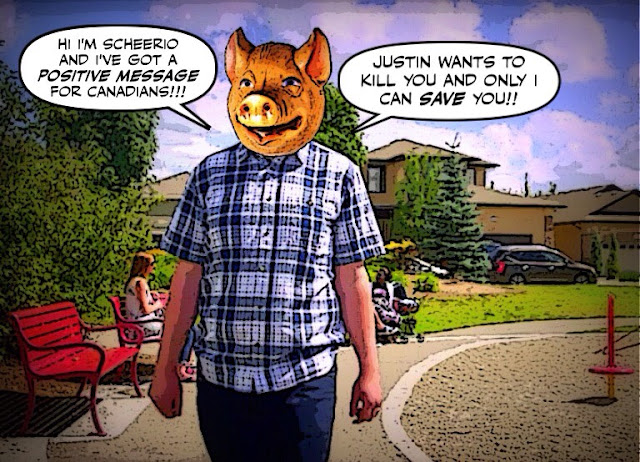 And this one will give us a chance to do the same, by reminding Canadians who still don't know, who Scheer really is... 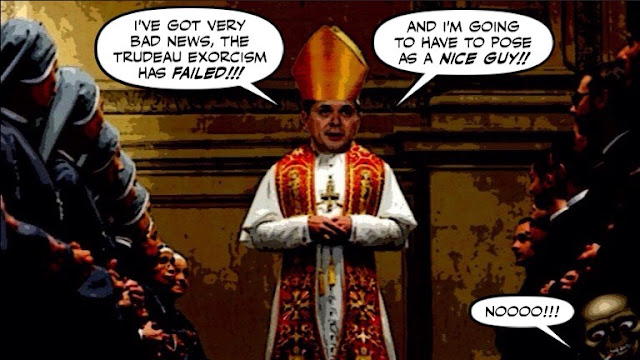 A creepy religious fanatic, a racist, a vile misogynist, and an extreme homophobe, who if he ever became Prime Minister would change this country beyond recognition.

Far more than Stephen Harper ever did... 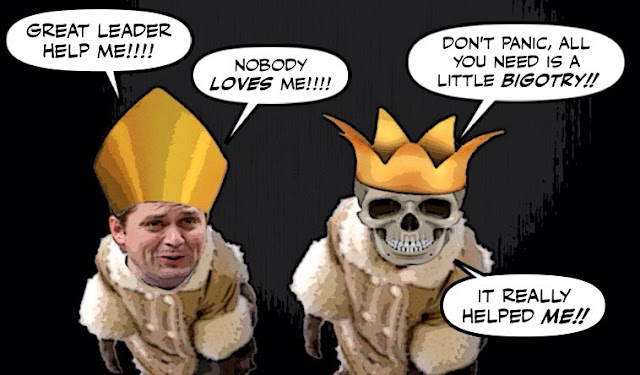 So if we counter his propaganda with our own.

And I'll be making my own videos.

I don't think the Con's latest campaign is going to work either... 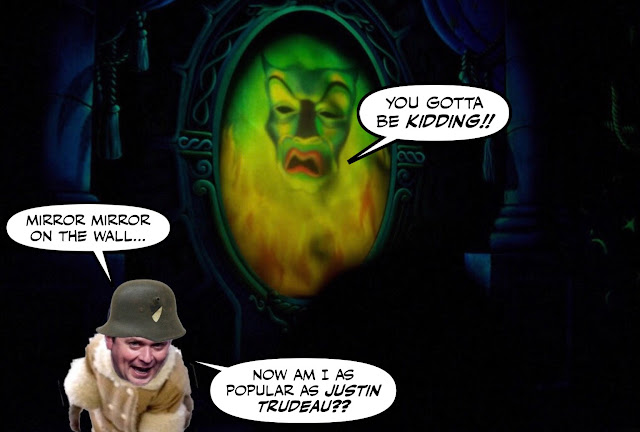 The creepy Andrew Scheer who lies all the time simply can't be trusted.

Him and his Cons are a clear and present danger to this country.

And he must never ever ever be allowed to become Prime Minister... 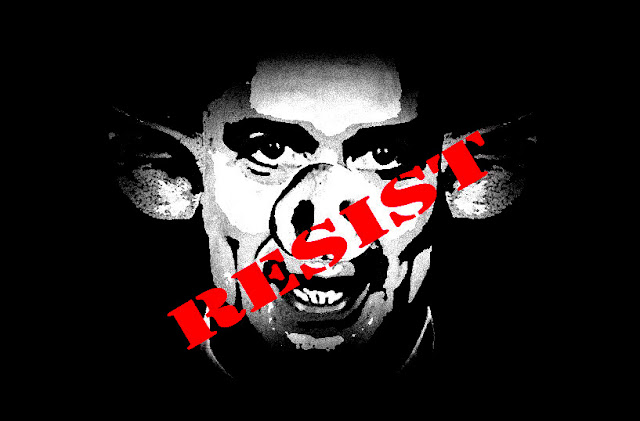 Who's he going to bring in to do his Canada's Phoniest Home Videos agitprop campaign this time? Dinesh D'Souza? Kirk Cameron? Roseanne? Or is Hamish just going to buy up some more dime-store trolls to make "Canadian Hate Not Heritage" YouTube clips with Microsoft Movie Maker? Feels bad, man...

The Parliamentary Press Gallery should start a new "Hammie Award" for Best Half-Assed Attempt at Memeing the System. He has no policies, no platform, no record to run on except the broken-record soundtrack of "Justin fails all the time because he's a failing failure of a fail." Not exactly Oscar-worthy screenwriting. Not even worth a participation trophy. Reagan had better dialogue... that Bonzo delivered to perfection.

How many variations on a theme are going to run in these 30-second time slots anyway? Sheesh, and I thought Sharknado had too many sequels that nobody asked for. How's this for a memeworthy catchphrase: "Hold my beer"? More like go away Andy, you're drunk.

Scheer must be really desperate to spend $2 million on a campaign to get people to.know who he is. He’s been leader for over a year and he still has to do that? He must be really charismatic. 😂😂😂

Power and Politics ran an excerpt from the ad the Cons are planning to run, and as you said it’s all about greed. Vote for me and I’ll put more money in your pocket. I expect he’ll start handing out $20 bills at his rallies just like Doug Ford was once caught doing. There is something sleazy about all of them.

Shame shame shame on the traitor Leona Alleslev for betraying her constituents who voted overwhelmingly for her and team Trudeau in 2015.

Shame shame on the CONservative Party’s for bribing her to do so.

Looking forward to Prime Minister Trudeau launching a public inquiry into this illegal financial activity of the CONservative Party.

Shame shame shame on Andrew Scheer and Jagmeet Singh and the federal CPC and NDP for utilizing their taxpayers funded trolls to interfere in a provincial election for the purpose of preventing the re-election of a democratically elected Liberal government.

Shame shame shame on them all. Just another reminder that CONservatives and NDP should never form government at any level.

maybe he could promise 50 cent beer?

ah, cheap beer won't work. Here in B.C. they sell expensive micro brewery beer, where the locals have developed and produced the stuff, in cool places to drink and in some of them you can bring the kids. Money isn't the issue. Also, Muslims and Sikhs don't do booze, nor do some Christians--the Baptist variety

Scheer is going to give it a try. Its not like its his money. This time though, if they were smart, they'd bring in a Republican strategist. its what helped Harper. The MSM maybe open to bashing the federal Liberals, but that still may not do it, given many don't watch MSM news on t.v.

Conservatives only give tax credits and that is their problem. Many in this country don't make enough to take advantage of tax credits and they can't wait for the money until the end of the year. Some one in Trudeau's world, does. Hence, the child tax cheques each month and the suggestion there will be a rebate on carbon tax. I'm sure all the Conservatives will talk about is tax credits, which works only for the well to do. You'd have to go a stretch to find some one in the Conservative Party who is on basic income. In there lies their problem.

Perhaps Scheer would be more popular if he had a concrete political platform to present rather than Trudeau attack ads stuffed with rotten baloney. They go on about how the Liberals are taxing the middle class to death when in reality they lowered the federal tax rate for middle income earners by 2% and introduced a much improved child allowance payment that is not clawed back as taxable income at the end of the year. To help pay for this the dirty dogs increased the marginal tax rate from 29 to 33% on those earning more than 250,000 per year. Surely it must be a Con priority to please their base by lowering the marginal tax rates for high income earners and reduce middle class benefits in order to stimulate the economy. Why doesn't he just state it???
Another piece of rotten baloney they allude to but don't actually say what they would do is energy independence and the eastern pipeline. They blame Trudeau for the reason it was not built and insinuate that it would make Canada energy independent but conveniently leave out the fact that there were no plans to invest the huge amounts of capital required to convert eastern refineries to handle Alberta dilbit. The Harper Con plan was all about discounting environmental risk to maximize exports and not about Canadian energy independence. Would love to see a concrete platform on this issue and how the Cons would go about implementing it. Alternatively they can always hope that if they sink a few million into painting Howdy Doody with expensive lipstick people won't notice.
RT

NEP would have had Canada refining products, adding value and owning the profits, Norway is doing it, how is that going for them?

Two existential questions where answered by Brian Mulroney. No national energy plan, and free trade, how is that going for us?

The Norwegian rainy day plan has around $700,000 socked away for every one in the country. They copied the Alberta Heritage fund that was started in the 80's but Alberta cashed it in shortly afterward in favor of free enterprise. Didn't work out very well but thankfully they have the rest of Canada to blame.
RT