Donald Trump and the Hypocrisy of Brett Kavanaugh 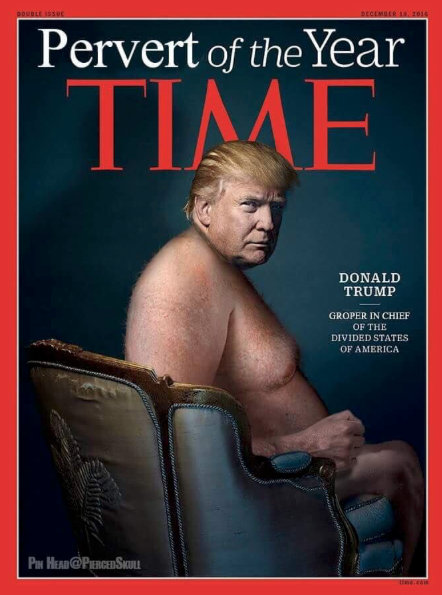 He's a sexual predator himself, a dirty old man who once boasted of grabbing women by their private parts.

He's a grubby lowlife who celebrated the arrival of his youngest son by having a torrid affair with an escort. And then lied about it.

So who can be surprised that Donald Trump should fly to the rescue of another alleged sexual predator? 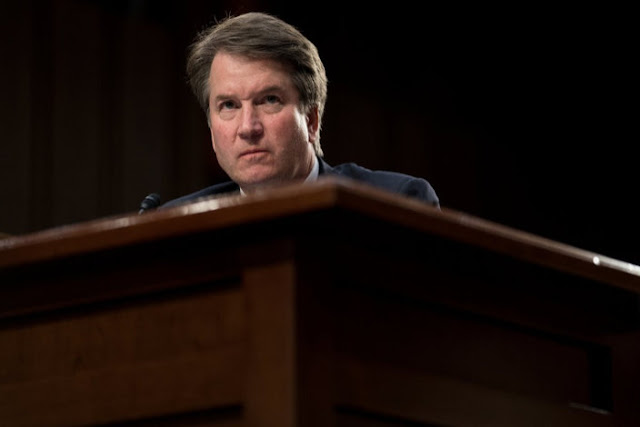 President Trump accused Democrats on Tuesday of orchestrating “a con game” against Judge Brett M. Kavanaugh in hopes of stopping his confirmation to the Supreme Court and said that one of two women who have accused him of sexual misconduct as a student was “messed up” and “drunk” at the time.

And have the nerve to accuse others of what he has always been.

“I think it’s horrible what the Democrats have done. It is a con game; they really are con artists,” he said while in New York for the annual session of the United Nations General Assembly.

In a show of hypocrisy only matched by Judge Kavanaugh himself, who refused to answer some questions claiming they were too personal.

But who when he was investigating Bill Clinton twenty years ago failed to extend to him the same courtesy.

Kavanaugh was not only a part of special counsel Ken Starr’s investigation into President Bill Clinton’s relationship with Monica Lewinsky; he was also one of the lead Torquemadas of it — zealous in the pursuit of his goal to the point of cruelty.

He claimed he wanted to establish Clinton had no defense for his “pattern of behavior.” As a result, “[the] idea of going easy on him at the questioning is thus abhorrent to me,” Kavanaugh wrote in the summer of 1998.

But instead came up with the kind of questions that alone should make him unfit to be a Supreme Court Justice.

For let's not forget that the Clinton Lewinski affair was a consensual one, while Kavanaugh is accused of sexually assaulting women.

And so deserves to be shown no mercy.

The questions Kavanaugh wanted to ask of Clinton — long before anyone went public with allegations against him — are clear proof there is a side to Kavanaugh that many of his defenders, both male and female, do not want to acknowledge.

Now that he faces not one, but two accusations of misconduct, he deserves every question that comes his way, no matter how invasive.

What goes around comes around.

He who tried to humiliate another President, deserves to be humiliated himself... 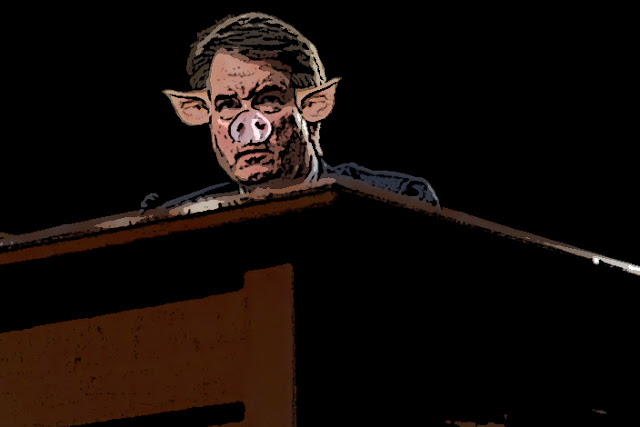 You know, Trump's contempt for women has disgusted me beyond all measure. And filled me with a hatred for dirty old men that I can barely contain.

He has even on occasion made me ashamed to be a man, even though I have never done anything to deserve that, and for which I can never forgive him.

But the good news is that he has inspired millions and millions of women to join the #MeToo movement and say enough is enough.

He has sown the wind.

And now he will reap the whirlwind...

Cons gonna con. On Twitter, J.J. McCullough, who seems to be Canada's version of Milo the sensationalistic shit-disturber, is itching to rehash the Kokanee bullshit to land a "score" against Trudeau. The fact that WaPo employs this disturbed tabloid hack on their payroll is a disgrace, and one reason why I don't bother subscribing to them. Cons will resort to anything to distract from the fact that their hero, the U.N. laughingstock Trump is an absolute monster, surrounded by monsters in the Gropey Old Perverts party of uterus-policing incels and their equivalents in Canada and around the world. The only good news to come out of this week's disgusting slimefest of entitled predators and their enablers is that Bill Cosby stands a good chance of dying behind bars. Good riddance to bad rubbish. Lock them up. Lock them all up.

Whirlwind? I'll believe it when I see it. In 2016, women had a change to elect the first woman president. Instead, the majority of white women voted for a serial sexual predator who promised to pack the courts with judges who would overturn Roe v Wade. What's changed?

An innocent man would welcome an FBI investigation. He has not. An innocent man would not trot himself and his wife out on state media Fox news to proclaim his innocence.
Douchebag Kavanaugh is cut from the same soiled cloth as his master Diddler Trump and should never be allowed to sit on the highest court in the USA.
JD

Hi Jackie...I have fired off at least two comments to the editors at the Washington Post telling them to stop insulting Canadians by running McCullough's alt right crap. No editor with an IQ over 50 could fail to recognize that the man has an agenda, and that having him cover Canada is the same as having Steve Bannon cover the U.S. for Canadians. I would hate to have to discontinue my subscription to the Post but if they keep running that freak's work I will have no choice...

Hi anon...I know what happened during that election was depressing, but I am hopeful the #MeToo has energized more women and their male allies to fight for justice against those who would oppress them. The results of the mid term elections will show if I am right...

Hi JD...you're absolutely right. I wouldn't trust him as far as I can spit. Appointing someone like him would destroy the Supreme Court and stick another knife in the back of the U.S. system of government. Let's face it, in the U.S. as in Canada, we are now fighting for the future of civilization...

What ever comes out of Trump's mouth at this point will be only to pander to his base, message the Republicans to vote for K. and to try to create doubt in the minds of Americans. Trump wouldn't know the truth if it hit him in the mouth with a hammer. The Truth for Trump is whatever comes out of his mouth at that particular moment.

When the first allegation was made about K. may response was, there will be more. there are and I'm sure if they did some digging, there would be even more and that is why the Republicans don't want an FBI investigation. My money says there might be as many as a dozen women from his university days. Doesn't any one remember the early 1980? I do.