Stephen Harper, Bill C-51, and the Winds of Change 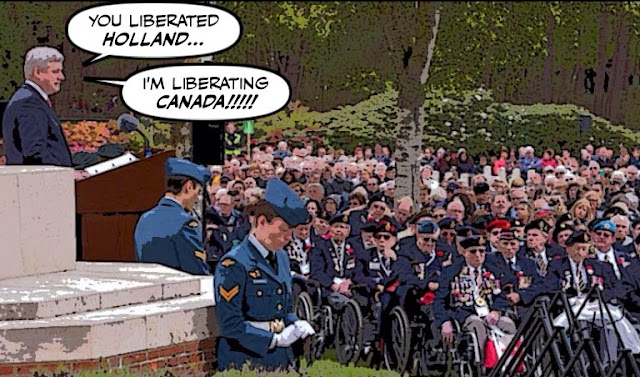 There couldn't have been a more brutal clash of images. The old veterans in their wheelchairs honouring their comrades who died fighting the fascists to make Holland free.

And Stephen Harper posing for his propaganda reels, sucking up to the vets he has betrayed so miserably.

Playing politics in the garden of the dead, and having the nerve to talk about freedom and tyranny.

When in fact HE is the tyrant who threatens our freedoms these days. The brutish bully whose cruelty does torment this country. He wouldn't know a high road if he saw one. Or recognize righteousness if it was staring at him in the face.

Far from bringing us hope he's brought many of us to the edge of desperation, with his fanaticism, his fetish for handcuffs and jails, and his contempt for our democracy

And all that bloated verbiage came on the day before he drums or bludgeons his fascist bill C-51 through parliament, and starts turning us into a police state. 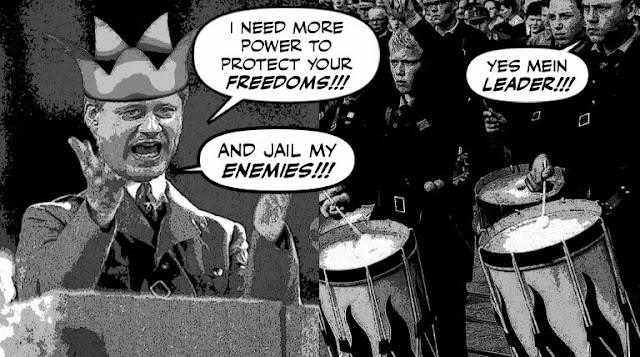 The government’s controversial anti-terrorism bill, C-51, is moving a step closer to becoming law as the House of Commons prepares for its final vote on the legislation.

I mean can you believe that? Even Orwell  would be shocked.

But although it is a grim situation, I'm not feeling discouraged. On the contrary I'm feeling happy.

Because I know a majority of Canadians now oppose the bill, thanks to the way so many united to fight it.

In the space of a few short months since Bill C-51 was announced, hundreds of thousands of people have taken action to stop it: signing petitions, writing letters to local newspapers, phoning and writing to their member of Parliament, and hitting the streets in nationwide demonstrations in over 70 communities across Canada.

So it will be be an election issue, and something we can use to bludgeon the Cons.

I'm also happy today because I know that many progressives have also united in Alberta to help give Rachel Notley a chance to make history.... 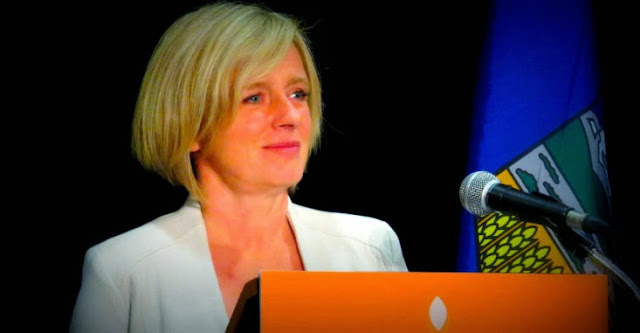 Just as I am happy to see that the Liberals were able to hold off the Cons in Prince Edward Island.

Because I celebrate all our victories red, orange, or green. And every inch of Canada we can hold on to, means less we have to retake to get our country back.

But what gives me the most  satisfaction is that I know that Stephen Harper must be having nightmares on board his flying photo-op.

Worrying about what could happen in Alberta... 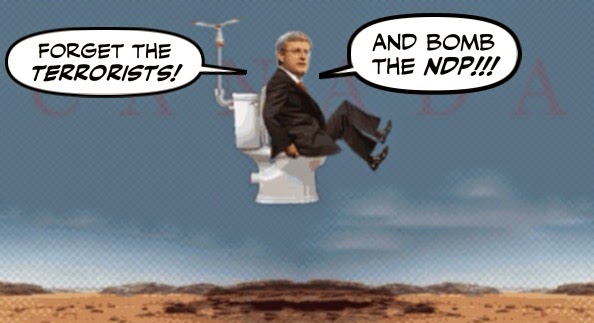 For he must surely know that nothing could be more fatal for him than the winds of change.

Because once they start sweeping across the land, not all the porky ads in the world.

Or all the make-up Mike Duffy can slather on him... 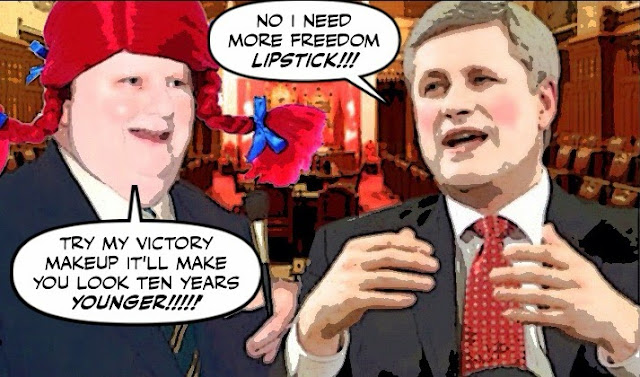 Will save him from looking like an old and tired tyrant.

Who has been around for too long.

And is more than good to go... 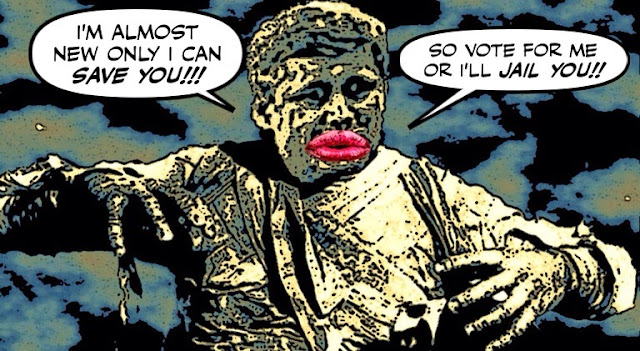 He spent a billion dollars of OUR money to try to make himself look fresh and new.

But now the winds of change are in the air.

And they will help destroy him....

"You must never be fearful about what you are doing when you know it is right." _____ Rosa Parks

When Bill C-51 is passed today by the Cons and Canada becomes a police state like our 'friends' to the South, it will not be ISIS terrorists that Stephen Harper will have to worry about!

The most bizarre thing I have even seen is our PM in his little white suit standing in the desert watching the war through his binoculars. With his camera crew behind him I guess. Is that what we are paying for - to send him around the world doing photo ops at public expense. A real leader, if he wanted to visit the battlefield, would have gone in there, since he says it is so safe, and said hello to the soldiers. Either proof he lied or proof he is the mostly cowardly of men.

Dutchpeople welcoming Canadian troops: http://tinyurl.com/DutchCan Have you ever travelled to the Netherlands? Other than the cycle-friendly and gay-friendly cities, it is true that they still have a deep gratitude to the Canadian troops, although of course most of the population wasn't born then, and many had parents and grandparents who weren't born there.

What a shame to have to listen to Stevie's warmongering in an event celebrating the end of war.

Considering that he wants to project himself as the great warrior leader of Canada, someone should tell him, he needs to work on looking less awkward when addressing veterans and troops. His photo-ops these last few days have been pretty pathetic. Nevertheless, we all know who and what he is, and we will wash ourselves clean of this menace this year.

Simon, an interview with two nonegenarian veterans travelling to the Liberation commemoraton in the Netherlands, doubtless for the last time - especially for the wry comment at the end.

If there was any justice anymore the old vets and such heroic gentlemen would have turned their backs on him They fought fascism way back then and now we need advice from them on how we fight fascism right here.

It sickens me to see Prime Minister Douchebag trying to score political points this way. I can't watch it and I wont watch it for even the sound of his voice makes me want to retch.
JD

Me too. I can't watch him, nor listen to him anymore. I can no longer stand to watch and listen to his hypocrisy and down right lying. I hope for the Vets sake he doesn't decide to entertain the troops by playing the piano and singing his bloddy mainly Beatle songs.That would be cringe worthy and I don't think the Dutch would be impressed.

The only thing Harper will be playing is the fiddle much like Emperor Nero did. Rome's burning Steve, play me a tune...
JD